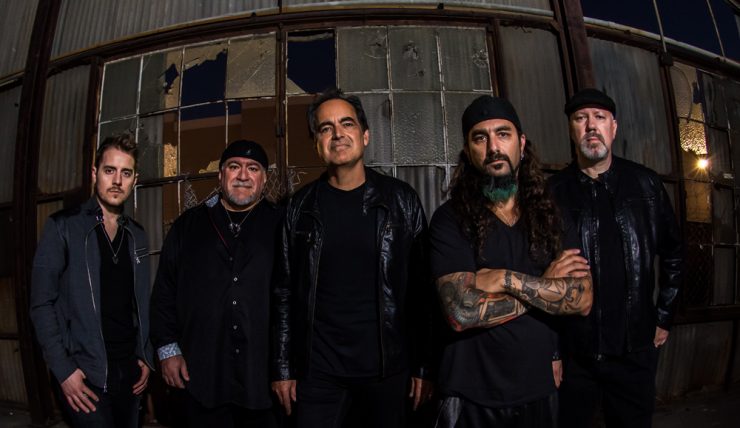 Neal Morse Band return to the Cruise to the Edge on the heels of their new album.

The Neal Morse Band is the group started in 2013 by prolific Prog mastermind, Neal Morse, featuring his long-time solo recording partners, drumming icon Mike Portnoy and bass player Randy George, along with guitar virtuoso Eric Gillette and keyboardist Bill Hubauer.  Morse, Portnoy and George had already worked together since 2004 on a number of Morse’ solo outings, in addition to Portnoy and Morse being members of supergroups Transatlantic and Flying Colors.  Gillette and Hubauer were part of the touring band for the ‘Momentum’ album before joining full time.  The recently formed Neal Morse Band, released ‘The Grand Experiment’ in 2013, marking the first time on one of Morse’s own albums that he co-wrote the music.  Just earlier this November, the group released the high-profile and critically acclaimed new album, ‘The Similitude of a Dream’, which Portnoy called ‘the album of their careers’. The album has also been the best selling album of Morse’ solo career. The tour which kicks off next year will feature a full performance of the 100 minute long album as well as other hits.

The Prog Report Track of the Month – November 2022