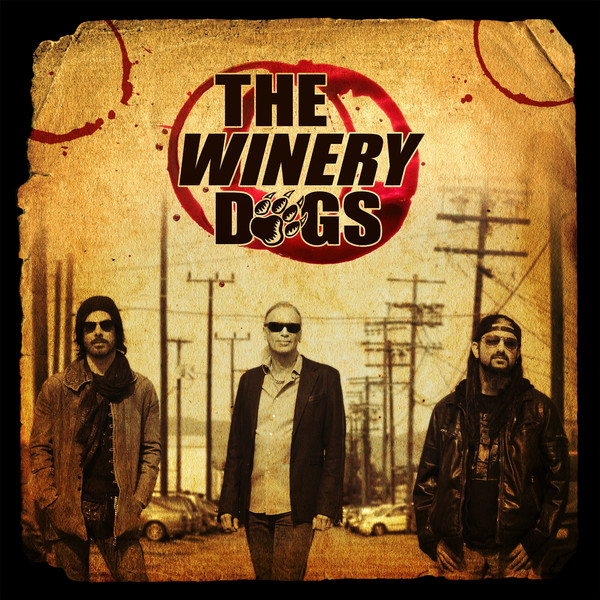 I have been a fan of Mike Portnoy’s from his Dream Theater days and then later from Transatlantic and Neal Morse. Of course when he left DT, I was disappointed. But it seems there really is no need to worry about either DT or Portnoy. Dream Theater has continued on as a great band and Portnoy has truly become a musical revelation. He has been involved in dozens of projects each time putting out something really great, if not spectacular, no matter the style or genre. This can describe The Winery Dogs, which might rival anything he has ever done.

When I found out about this new supergroup featuring Portnoy, Billy Sheehan and Ritchie Kotzen, I was immediately excited for what a group like this might bring. But I had no idea who was going to sing. Upon hearing the release of Desire a few months ago, I was blown away. Ritchie Kotzen can really sing. I’d known him for his guitar playing with Poison and Mr. Big but this was an unexpected surprise. Sounding a bit like Chris Cornell, he brings a real soulful blues sound to the songs and his voice blends in with the harmonies flawlessly.

So now that the concern of who would sing was put to bed, there was only the anticipation for a great prog record. Well, that is not really the case here. What The Winery Dogs bring is more of a true classic rock sound with their unique brand of shredding thrown in. There is a hint of blues rock thrown in, which is what Kotzen brings to the group’s sound. Each one of the trio’s brilliance is highlighted in parts throughout the disc leaving no doubt that the are each at truly masters of their craft.

What really stands out is the excellent songwriting. There is a sense of power and urgency to these songs that makes album a major stand out. It’s the kind of true power rock that is just not made anymore. There is no Auto-tune here. Just dazzling music made superb musicians.

Kicking off the self-titled cd is the powerful “Elevate”. The chorus here is catchy and has a great hook. The trio each show off in this song setting the table for what this cd is going to be. It’s the perfect opening track and radio single. In addition, the production is spot-on. The mix is done in a way to let each instrument breathe and have its own space. Mike Portnoy’s drum sound is warm and has depth to it, especially the bass drum which has the right amount of punch.

“Desire” is a solid first single. It is a timeless rock sound that fits on radio today as it would 20 years ago. It has an undeniable groove guided by Billy Sheehan’s bass line. Together he and Portnoy make one dream rhythm section. They are right there with each other at each turn. It’s hard to believe these guys have only been together a few months. “We Are One” just continues the assault with some impressive soloing in the middle section and at every fill. This is what the difference is between these guys and just any old blues rock band. It never gets boring.

There are a few softer moments, the first of which is “I’m No Angel”. The opening riff is smooth and Ritchie’s vocals are emotional and draw the listener in. Some other highlights are “The Other Side” and “Not Hopeless” both solid rock tracks, the latter featuring some of the best soloing moments on the disc. The most bluesy song is probably “One More Time” which will appeal to fans of Stevie Ray Vaughn.

The last song, “Regret” is another highlight. The only song to feature the piano and a gospel choir, it’s reminds me of Journey. Even Kotzen’s solo has a hint of Neal Schon, and that is a compliment. It’s a really emotional blues ballad and is the perfect closer to an enjoyable album. This is one of the best albums of the year and the hopefully not the last album we will hear from this band.

11.”Time Machine” (replaced by “Criminal” outside US)