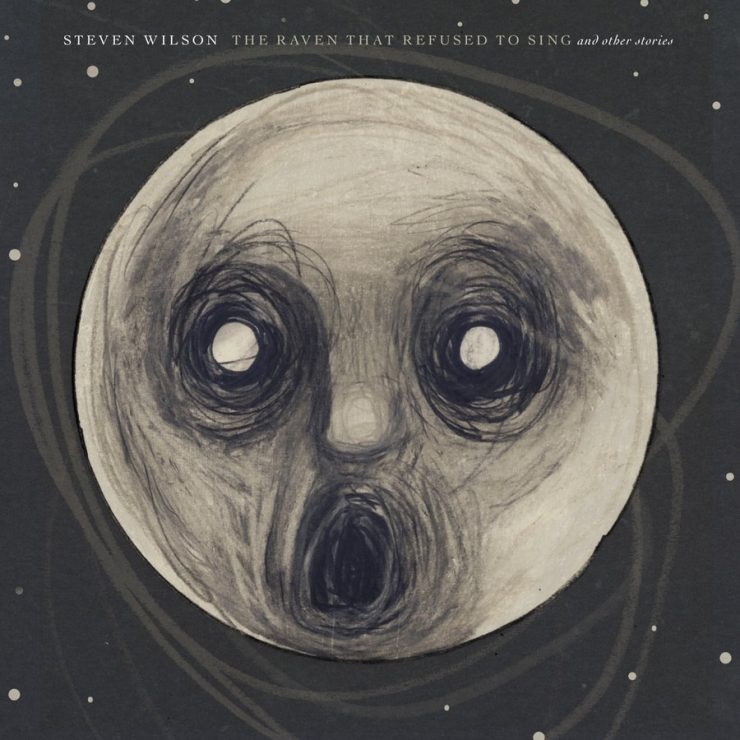 Steven Wilson – The Raven That Refused to Sing and Other Stories

For the first Prog Report review it seems fitting to review what might very well be the best album to come out in 2013, and this came out back in February.  Any fan of Prog over the last 15 years most assuredly is a fan of Porcupine Tree and therefore has checked out Steven Wilson’s solo albums: Insurgentes and Grace For Drowning.  While much of those albums were good, they left me with the feeling that I would still rather hear a new PT album.  They felt a little self-indulgent and not every song was a home run.  With “Raven” that is definitely not the case.  SW reaches a creative milestone with this album; producing some of his finest work, if not the best.

An amazing Prog album is not measured by how many songs it contains or how long the songs are.  This album reinforces this fact. With only 6 songs of various lengths, by the end you feel like you heard all you needed to hear and then some. Every song is perfectly and completely planned out with every note, chord and time change. SW knows how to pick just the right collection of extremely talented musicians for whatever project he is involved with. This album is no exception. By adding talent such as Marco Minneman on drums and Guthrie Govan on guitar how could you go wrong? Also adding Nick Beggs on bass doesn’t hurt either and you can really hear the difference here.

The highlight on the album even after months of listening to it has to be the title track, “The Raven That Refused To Sing”.  It is a haunting and beautiful track divided basically in two parts.  The first part moves very slowly and develops the story while the second half is an explosion of emotion and yearning.  The melody here is exquisite and could go on forever with no complaint.  The lyrics are equally as moving.  While I have posted the live version of this song, the official video of this song is quite an achievement and should be checked out as well.

Another highlight is “The Watchmaker” which is highly reminiscent of “Cinema Show” from Genesis.  What sets this song apart as well as SW’s songwriting is the ending of this song which hits you out of nowhere as if it is a theme from a horror movie.  It is both unexpected and welcome.

This review would not be complete without mentioning the first track on the album “Luminol”. Clocking in at just over 12 minutes it is the longest on the album. This track takes you on an intense and complex journey. Imagine the quintessential PT track, now double it then add some flute and sax into the mix. The song has peaks and valleys, recurring themes, precision playing, ridiculous driving bass lines and the ability to make you feel a wide range of emotions all in 12 minutes. It is very impressive and leaves you excited for the rest of the album.

I still believe that by the end of 2013 this will be the top or at least one of the top 3-4 albums of the year.  While it would be nice to get another Porcupine Tree album sometime soon, as long as SW is putting out material like this I will have no complaints.