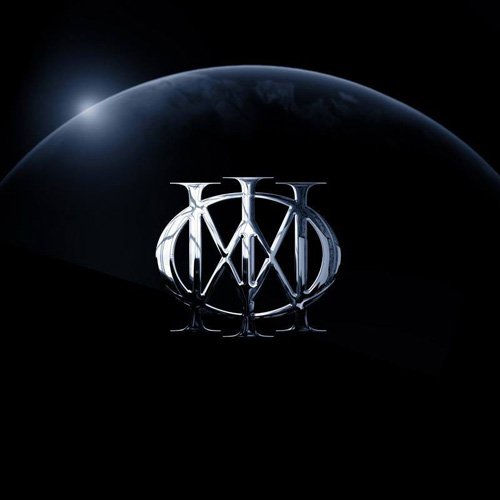 Dream Theater has been the preeminent Prog Rock/Metal band for close to 30 years now and with every release they seem to be able to bring something new to the table.  From Train of Thought to Systematic Chaos to A Dramatic Turn of Events, each CD represented a slightly new direction for the band.  ADTOE was the first release without Mike Portnoy and no one was prepared for what turned out to be a fantastic album.  It gave new life to the band and created even greater anticipation for the next CD, simply titled “Dream Theater”.  And once again the band does not disappoint.  In fact, they might have exceeded expectations.

ADTOE was a heavy, dark record, by DT standards.   “Dream Theater” is not as heavy an album and lies more towards the Progressive side of the group, recalling albums such as Images and Words and Scenes From A Memory.  This is a welcome approach for long time fans who typically hold those as the top albums in the band’s storied catalog.  And while new drummer Mike Mangini showcased well on ADTOE, it is on the new album where you can see he is a full member of the band now, his being included in the writing process for this CD proving valuable.  He is one incredible drummer and the perfect replacement for someone who was seemingly irreplaceable.

The CD kicks off with the powerful, cinematic “False Awakening Suite”.  Dream Theater had been quoted saying they wanted their own bit of opening music to play as they walk on stage before a show.  This track is certain to fill that slot.  It is as if you are getting prepared to sit down for an adventure movie and sets the mood almost immediately.  However, of you’re like me, by the 3rd or 4th listen of the CD, you might just start at the 2nd track, “The Enemy Inside.”  As perfect a first single for a record as the band has ever produced, it is an introductory lesson to what Dream Theater is all about.  A dichotomy of musical styles and moods, presenting both the bands heaviest influences and its most melodic tastes in one song.  The song features a prototypical John Petrucci solo and is certainly strong enough to get a Grammy nod for Metal performance.  It will please both the newer heavy Prog metal audience and older DT fans as well.

With the third song, “The Looking Glass” the CD starts to truly take shape.  The song kicks off as if it was lifted off Rush’s Moving Pictures unused demos.  The Rush influence on the band is undeniable but, with this album, they wear that hat proudly.  The chorus is soft and melodic and provides the album’s strongest chorus.  The Rush influence continues with the monstrous “Enigma Machine”.  However, where some bands start off an instrumental track with a driving riff and tend to stay around that riff as the main passage of the song, Dream Theater simply uses the opening riff as a launching pad of a musical assault, changing parts and time signatures every 30 seconds.  Jordan Rudess and Petrucci draw from their Liquid Tension Experiment days for this track, the bands’s first instrumental since 2003’s “Stream of Consciousness.”  Mike Mangini’s performance on this song leaves no doubt that he was the only man for the job to replace Portnoy.

So by this point, the bands knows its time to slow things down and does so with “The Bigger Picture.”  A beautifully written hard rock ballad in the vein or “Sacrificed Sons” from Octavarium.  Not to be overlooked on this CD is the subtly brilliant performance by James Labrie, whose vocals are at no point distracting or out of place with all the music going on.  In fact, this is arguably his best album vocally with this band.  The group knows how to work in the vocal parts within all the craziness better than any of their peers and that is always what has set them apart.

“Beyond The Veil” is maybe the least memorable song on the album but that is not to say that it doesn’t belong.  In fact, at moments it does a nice job of picking up the energy from the previous slow tempo of “Picture” and is reminiscent of the “Awake” album.  The opening riff is Metallica-esque.  “Surrender to Reason” is another strong track and possesses some of the more intricate and memorable instrumental phrases on the disc.  It also very much a prototypical DT song, incorporating all the elements that have helped them grow their legions of fans into a major force.

Most Dream Theater albums have their one 4 minute ballad and, for me at least, some have not been worth more than a few listens.  But not the case with “Along for the Ride” which starts off like it might fit on a James Labrie solo disc but then, with the second verse, the harder edge kicks in and the song becomes surprisingly more interesting and impressive.  It is a great song for radio and is placed in a perfect spot on the CD to calm the listener down just before the magnum opus “Illumination Theory.”

The closing track on this magnificent album is the highlight of the disc.  The orchestral opening is bold and vivid.  Rudess knows how to paint a picture with his string arrangements.  It definitely sounds like a movie soundtrack.  What is different with this track is that there is no obvious chorus.  Where someone like Neal Morse writes his 30 minute epics around certain themes that get repeated throughout, this song is a series of separate parts telling a story and taking the listener on a journey.  The first part is an awesome instrumental intro.  The opening verse section is one of the heavier parts on the CD.  There are guitar parts here that easily could have been in “Learning To Live”.  What you don’t expect is what comes next.  All the music drops out and a beautiful string arrangement takes over.  This is not something most bands would do.  While it is a beautifully written section, it does slightly interrupt the mood and perhaps could have been a bit shorter.  Nevertheless, the instrumental section that comes next is nothing short of dazzling.  The intricate interplay of drums and guitar is what you come to know the band for.    This all leads to a grand epic ending with an ultimate closing moment that gives you chills.  This is one amazing song and stands as one of the best tracks they have ever done.   If you stick around another 2 minutes of blank space, there is a great little piano, guitar piece to help close out the CD.

It is hard to say after such a long career what is the best Dream Theater album or if this ranks near or at the top.  However, it is an amazing achievement that it is even in the conversation.  It is simply an enjoyable album to listen to and reminds you what an awesome band this is.  There are no weak songs on the album and it does include some of their most melodic and technically brilliant pieces of music.  This is a band that sounds like they have no signs of stopping any time soon and we should all be so lucky to keep getting more music from them.