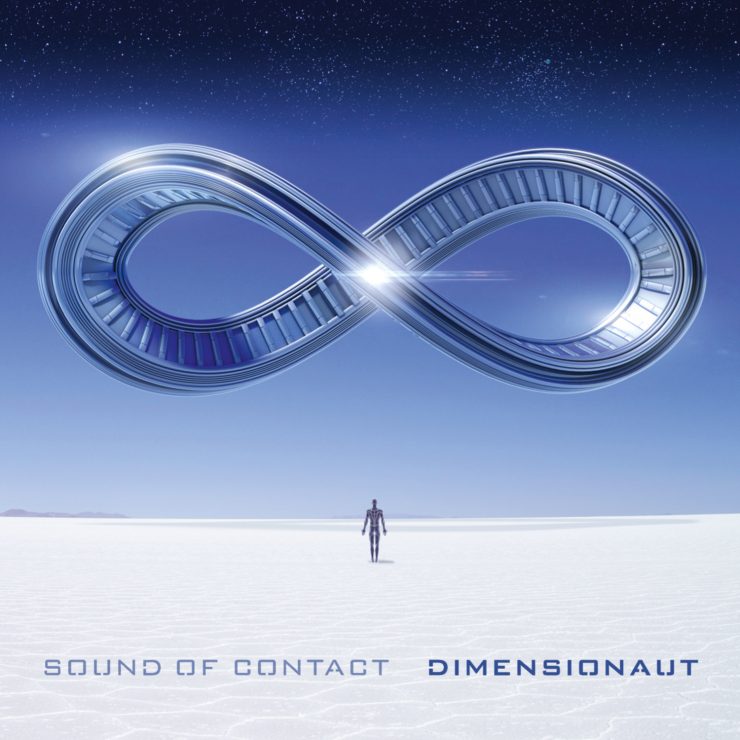 Every once in a while an album comes around out of nowhere that completely exceeds your expectations, really because there were none.  I knew of Simon Collins from Steve Hackett’s Genesis Revisited II album which was released last year.  I then realized he was Phil’s son.  That’s a pretty big name to live up to.  A video trailer of the upcoming release began to surface online and it peaked my interest.  Maybe this was the next great Prog band???  As it turns out it does not disappoint at all, in fact it is pretty freaking awesome.  This is an album made for any Prog fan.  It is interesting, exciting, memorable, hypnotic and most importantly features some amazing songs.

The album follows the line of concept Prog albums like Dark Side of the Moon and others.  It’s not too focused on technical showmanship, but there is enough that you know these guys can play.  It is also very atmospheric and not heavy guitar driven.  A nice change from more recent Prog bands.  There is a story within the music, but that is secondary to the great songs, diverse arrangements and excellent playing. Many say Simon sings like his dad and while that might be true I was more drawn to how the drumming sounds so similar, especially Simon’s use of toms as rhythm parts. That of course became a signature part of Phil’s drumming with Genesis.

The album starts off with the aptly titled “Sound of Contact” which if you like Porcupine Tree and Pink Floyd, you will be drawn in right away.  Rather than lead into a regular song with a verse/chorus the second track: “Cosmic Distance Ladder” is a strong fantastic instrumental that is technical enough to maintain your interest but also contains some great melodies. Cosmic Distance Ladder reminds you of the Duke-period Genesis. The first regular track is “Pale Blue Dot” which immediately gets stuck in your head for days.  I found myself walking around singing “Pale Blue Dot…Pale Blue Dot” to the point of insanity.  Here Simon channels Peter Gabriel more than his father.  While the association with sounding like Genesis is more than obvious and expected, it doesn’t take away.  You are eventually transported into their world and the story of the traveling astronaut.

If there was a complaint it is that over the next few songs, there really is not a showcase of this bands playing ability.  They save it towards the end of the album, which completely makes up for it.  There are nice moments that feature Dave Kerzner, the keyboardist, such as on “I Am Dimensionaut.”  The song “Not Coming Down” which is the first single and video could easily be played on AOR radio.  On the chorus here, Simon even sounds like pop singer Duncan Sheik.  There is a change in the middle of the song which keeps it from falling into the trappings of a generic ballad.  It might also keep it from being a hit, but who knows.  Truth is that doesn’t really matter anymore anyway.

Following the straight to the point rock track “Remote View” comes what I found to be the most interesting track: “Beyond Illumination” which sounds as much like a Genesis song as anything on this album.  It recalls something like “Silver Rainbow”.   The chorus is simply stunning and instantaneously memorable. It is paired with “Only Breathing Out” which if there was justice in this silly music business, would be a huge hit.  It sounds very current and showcases this bands ability to not only write a Prog song but a powerful rock anthem as well.

By the time you get to “Omega Point” you are blown away that they saved this song for so late in the album.  The song features perfect harmonies and has a moving driving beat to it that makes this a Stand Out on the album.  This paired with the epic 20 minute Mobius Slip makes for a great ending to a fantastic debut album.  This band has a chance to blow Prog right into the mainstream and with an upcoming US tour, they may just succeed.

To follow not only into music but into the same genre as his legendary father takes a lot of courage but the results are completely worth the effort.  Let’s hope there is more music to come from this exciting new Prog group.