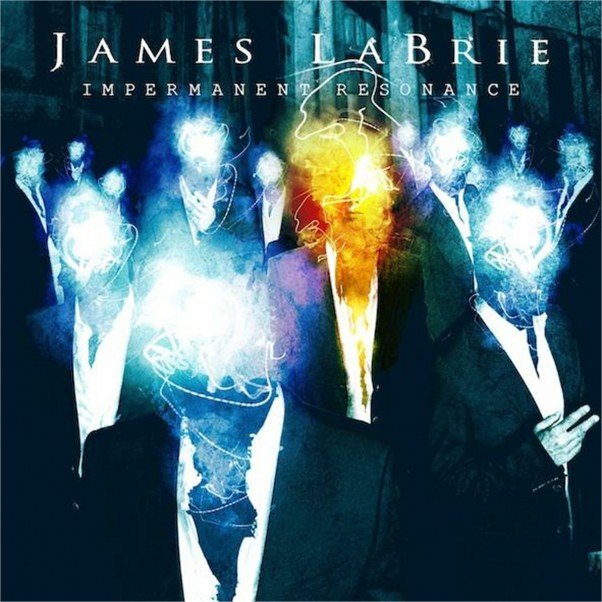 James Labrie, known for his work as the frontman for Dream Theater for over 20 years releases the metal-tinged Impermanent Resonance, just slightly in advance of the next Dream Theater cd.  While not displaying the prog sensibilities of a DT album, Resonance is a quality metal record with all the requisite guitar solos, double bass, metal screams and power ballads.  On the album’s 12 songs, Labrie continues his growth as both a vocalist and songwriter producing some extremely melodic tracks and displaying his ability to carry a song.  On this 3rd solo release, Labrie is joined by the same powerful group of musicians as 2010s Static Impulse: Matt Guillory on keyboards, Marco Sfogli (“Elements of Persuasion”) on guitars, Peter Wildoer from DARKANE on drums/screaming vocals, and Ray Riendeau on bass.

The star of the album is drummer Peter Wildoer.  His manic drumming, crazy double bass and fills in every possible space there is, add a level of aggression rarely heard on a Dream Theater cd.  In addition, he does all the death metal growling which at first strikes you as out of place but eventually fits right in the landscape with the other instruments.   Quite a versatile musician.

The strength of this disc lies in the songwriting though.  The opening track and lead single, “Agony”, is fast paced and intense, combining elements of Killswitch Engage with as catchy a chorus as you might hear on a Three Days Grace song.  If you didn’t tell any radio programmer who it is, they would easily be tempted to add this into active rock rotation.  “Undertow” continues the metal assault with a similar style to the previous track.  The bass drums are way up front and provide a welcome punch to the music.  Just before the final chorus is a perfect example of a ridiculous drum fill that could have been about 20 notes less but what the hell…it’s great!

“Slight of Hand” slows the pace down a bit and has a greater contrast between verse and chorus, whereby the verses are very dark and heavy and the chorus uplifting.  This track would fit perfectly on a Linkin Park album.  The follow up single, “Back on the Ground” is a bit more like what you would expect from James Labrie and is a beautifully executed power ballad.  The vocals here are some of his best work and might be one of the strongest songs on the cd.  You don’t realize it at first but the chorus deceptively gets lodged in your brain for days.

Following the same frenetic pace of the other heavier tracks, “I Got You” could be another radio single showcasing one of the better choruses on the album. The song also features some great guitar work by Marco.  The next few songs, “Holding On” and “Lost in the Fire” slow down a bit from the aggressive nature of the first few songs but feature the heavy verse/power chorus structure carried throughout the cd.   “Letting Go” and “Say You’re Still MIne” highlight the second half of the disc with the latter another strong power ballad.

While not breaking any new ground, Labrie produces a collection of 12 songs that are just fun to listen to with not a dull moment on the disc.  There is a unifying sound and style on the album that brings out the best of what he does when not bound by the constraints of his main band.   This is a cd worth getting and blasting really loud.

Key Tracks: Agony, Back on the Ground