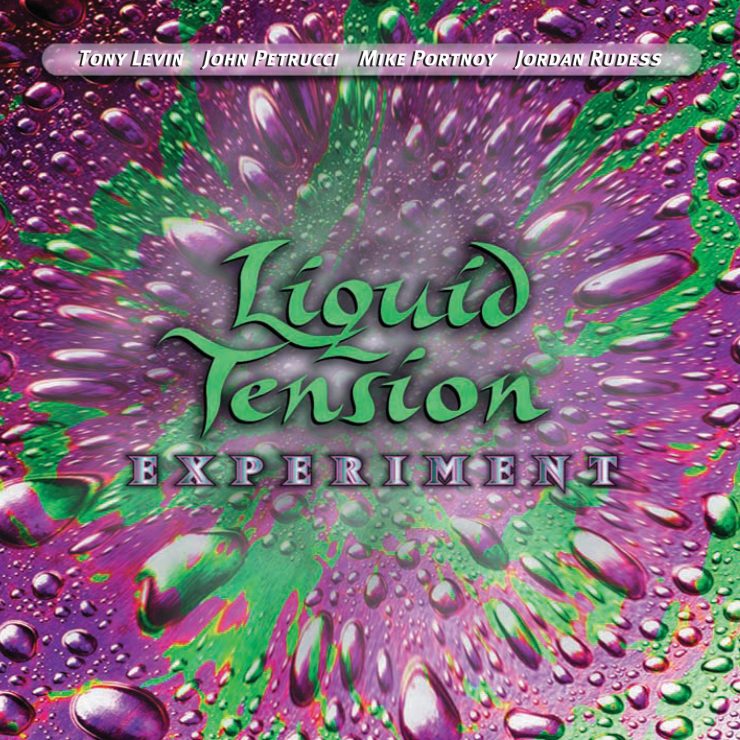 It was during the Falling Into Infinity sessions with Dream Theater that Mike Portnoy would create the first side project of his career. The idea for the Liquid Tension Experiment began when Portnoy was approached by then progressive metal label, Magna Carta, a label known for releasing compilations and tribute albums.  The first LTE album was release on March 10th, 1998.

Mike Portnoy told The Prog Report, “Well we made the first LTE album, I think in 97 [released in 98], which was the height of my frustration in Dream Theater. We were sitting around waiting to make the Falling into Infinity album and waiting to get the green light from the label. We were being forced to work with Desmond Child and Kevin Shirley and it was just a very creatively frustrating period for me. At that point, Magna Carta came up to me and basically said “hey how’d you like to do a solo album. We’ll get behind anything you want to do, any kind of bands you want to put together.” So I immediately had this idea of doing kind of an instrumental all-star album.”

The success of the album would drive the foursome to return to the studio and record a follow-up. “It did well enough to the label that they were excited to do a follow up. We really enjoyed the chemistry and we wanted to make another one so not even a year later we got together, in 1998, and we did the follow up.”

Miek Portnoy recently performed a few songs from LTE with Tony Levin, Eric Gillette and Diego Tejeida on Cruise to the Edge 2017.