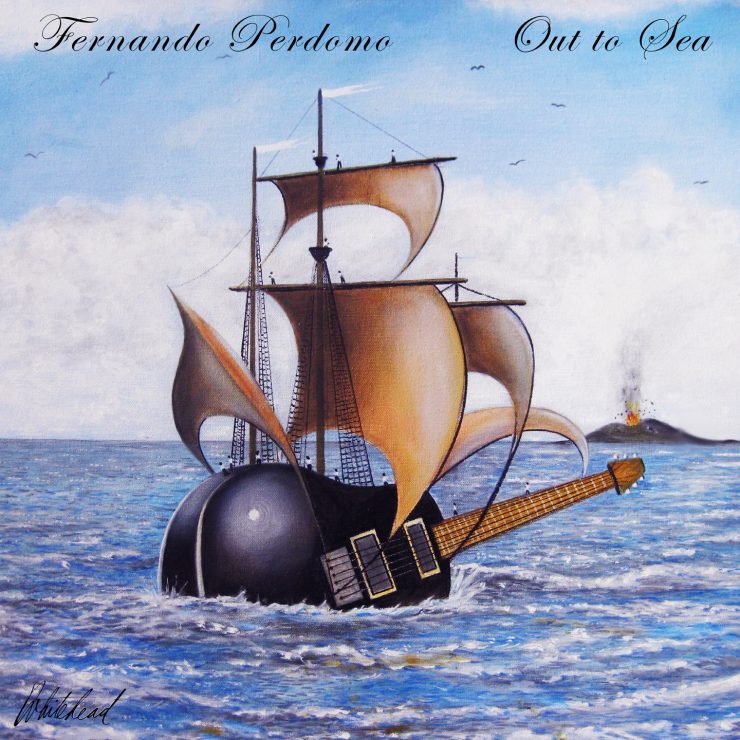 Review of Fernando Perdomo’s new album ‘Out to Sea’ out Feb 9th.

For some prog fans the name Fernando Perdomo might not be too familiar, unless of course you are a fan of Dave Kerzner. In the last few years, Perdomo has been the guitarist for Dave Kerzner on albums and live shows and making a name for himself in prog circles. His talent has certainly been on display as a great lead player, as has been his Bowler hat and black coat, which he will not leave home without. But take one listen to his debut prog-rock solo album, Out to Sea, and it will be astonishing that he is not one of the most well-known musicians on the planet. Not only are the songs beautiful and the production brilliant, but Perdomo plays all the instruments, guitars, bass, keys, and drums (except for one song). Described by Perdomo as drawing inspiration from classic 70s Art Rock albums by the likes of Steve Hackett, Peter Banks, Steve Howe, and Jan Akkerman, Out to Sea is an album that must be experienced as it is truly a fantastic piece of art.

It is common to hear an artist was inspired by classic sounds when recording a new album. The uniqueness of this album is that it sounds straight out of the 70s. All the sounds, from the drums to the guitar and keyboard tones, sound real and organic, and the production recalls classic albums by Yes and Genesis. This alone is a great achievement. It takes you back and you feel lifted into another time and place. To further the point, the album artwork was done by Paul Whitehead who created the Trespass, Nursery Cryme, and Foxtrot covers for Genesis.

The opening track “The Architect” is listed as a tribute to the great Peter Banks, and it takes one listen to immediately get that vibe. The middle uptempo section is raw and groovy all at once before shifting into various time changes. Perdomo’s use of multiple guitars and layers is outstanding and demands that you listen to the songs multiple times so not to miss anything.

The highlight has to be the third song, “De Boerderij,” which says is a tribute to Focus, but also recalls the stylings of Steve Hackett. This is such a beautiful song, it defies description. The same can be said for songs “The Future According to Roye” and “The Dream” which bridges the use of acoustic guitars and space age Moog sounds. Of course, what would a prog album be without an epic, here in the form of the final track “Dreaming in Stereo Suite,” a perfect title for the song. The song begins with a delicate piano passage before drums break the softness. Genesis seems to be a clear inspiration in the early stages of the song, but that quickly changes as the song explores multiple moods.

This album was really a surprise. Many guitar solo albums are different versions of the same thing; not the case here. From the first listen, Out to Sea is captivating as it is different. In the album bio, Perdomo is quoted saying “This record is a tribute to the sounds that made me the person and musician I am today.” Congrats to Fernando Perdomo for having a vision and seeing it all the way through in such glorious fashion. Definitely pick up this album.

“Out To Sea” Track Listing
Side 1
1. The Architect (Tribute To Peter Banks)
2. Out To Sea
3. De Boerderij (tribute to Focus)
4. Roses Spread All Over The World
5. The Future According to Roye (Tribute To Roye Albrighton)
Side 2
6. The Dream
7. Sonja
8. Dreaming in Stereo Suite