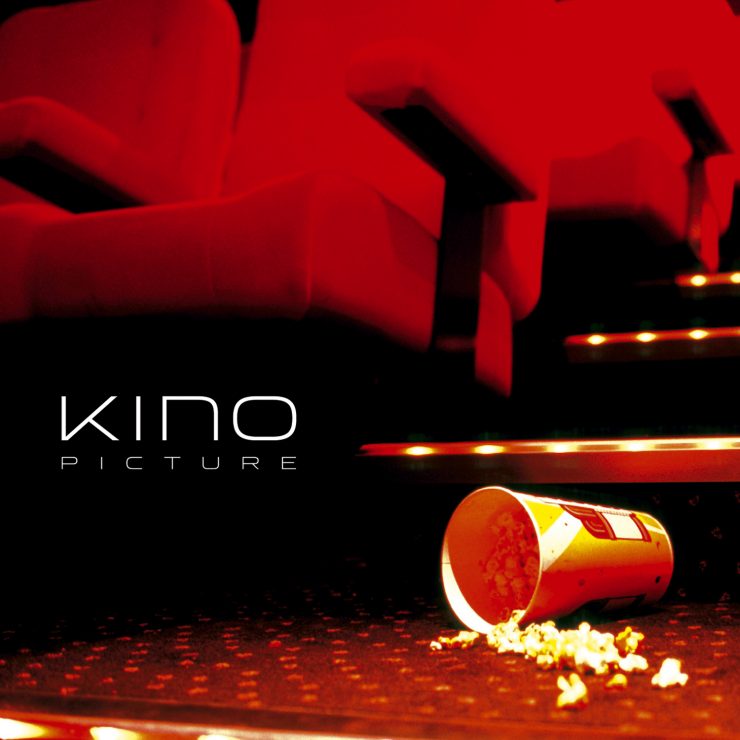 Review of the reissue of Kino’s 2005 album ‘Picture’

The year was 2005. The now venerable re-formation of It Bites with guitarist John Mitchell replacing Francis Dunnery was still to take place (in 2006), but the idea was pending. Before it happened, however, Mitchell and It Bites’ keyboardist John Beck embarked on a project that would make a significant if short-lived impression on the Progressive Rock world. That project was called Kino. To the extent that Mitchell and Beck (and later even It Bites’ drummer Bob Dalton at live gigs) were integral to Kino, it may safely be said that Kino was a precursor to John Mitchell-era It Bites. This was borne out by the fact that Kino even played two It Bites numbers on tour.

So far so good, especially for fans of It Bites. The Kino line-up was completed by no less august a rhythm section than Marillion bassist Pete Trewavas and Porcupine Tree’s Chris Maitland on drums. The result was an album called “Picture” that really does deserve singular recognition in the pantheon of 21-st Century neo-Prog. The album holds a special place in many people’s hearts because, despite its stellar line-up, compositions and remarkable performances, Kino remains something of an enigma. The band was formed, it impressed, it made one magnificent album, it toured briefly, and then, like an apparition, it was gone. The album itself soon also became unavailable (I remember my own joy at managing to acquire one of the very few last remaining copies on Amazon at the time.) Certainly, many fans were satiated by the subsequent highly successful reformation of It Bites, but the fact remains that many people felt that Kino never fully ran its course. The reason is that “Picture”, which subsequently became a rarity, could hold its own as a true Prog classic.

As much as “Picture” was a first-class product, it was also true that the album’s somewhat opaque mix and mastering were a little unconventional (some might have even described it as being a little ‘wooly’ in places.) The album was also never made available on vinyl, and its general unavailability, even in CD form, has been a vexatious matter for many. While the audio clarity might have seemed like a minor concern for such a brilliant release (and was in my opinion even part of its appeal), it is now apparent that there is some consensus on this, because “Picture” has just been re-mastered by Mitchell and has been re-released, this time also on vinyl. Smart move – many fans will now snap this album up, and rightly so.

Mitchell’s re-mastering of the album sounds fantastic. Beck’s keyboards are more apparent throughout, and Mitchell’s trademark guitar sound has more presence. The vocals also have more penetration, and little features that were previously hidden to my cloth-like ears, such as strings and acoustic guitar pieces, are now more audible. Overall, there is more separation, power and finesse in the sound.

It might seem redundant to give a track-by-track critique of this release, since it is, after all, a re-issue. But the original is rare and many fans will be uninitiated, so a few brief comments are appropriate.

Opening epic ‘Loser’s Day Parade’ immediately reminds us that Kino were and are as powerful, quirky, expansive and adventurous as any Prog band out there. This nine-minute opus is filled with compositional variation and complex performances that astound. It peaks in a magnificent crescendo expressed on the refrain ‘Dead nobodies in company cars’. This climax is, in my opinion, one of the finest moments in rock, and the re-master does it complete justice.

‘Leave a Light On’ is built on an almost oriental Beck keyboard motif that is indeed reminiscent of It Bites, and keeps that tradition alive with a full pop-rock attack. Prog complexity is not forgotten in the middle-eight, which is somehow even more powerful in the re-master. The guitar solo is simply massive, and the song ends with a gentle keyboard riff that was less apparent in the previous release.

The intentionally discordant ‘Swimming in Women’ was never the best moment on “Picture”, despite Beck’s passionate lead vocal. However, the song yields more dramatic results with the new audio treatment, which features some strings that were previously less prominent.

Next track ‘People’ was always Prog heaven, to the extent that one wonders how this masterpiece could have been improved. On listening to the new master, one hears nuances, including the delicate acoustic guitar lines, that are now more pronounced. As was always the case, Maitland’s contribution to the track is immense, though his drum sound is not markedly different to that on the 2005 release. Frankly, no change was required – he sounds massive. All in all, the re-mastering does seem to give the song more of a cinematic feel, without detracting in any way from its original splendor.

‘All You See’ is a beautiful ballad featuring a clearer percussion track than the 2005 issue. The song has one of the best melodic hooks you will ever hear and is typical John Mitchell, featuring an incandescent guitar solo.

’Perfect Tense’ has, since 2005, been one of the finest tracks in Prog-pop, and it remains so. It is deceptively catchy but surprisingly complex and emotive for a pop song. There is a nice new presence to the rhythm guitar, and the song sounds even fuller than before. Its brilliance will capture you all over again.

‘Room For Two’, a magnificent rocker in seven/eight timing, could be an It Bites track (a comment that may be made about much of the album). It has a granite-like groove with a hook as enticing as any you have ever heard, and one can now hear keyboards that were previously less accentuated.

The wonderful ‘Holding On’ is a musical master-class in emotional longing. The new master of the song features a clearer acoustic guitar track and a fatter sonic personality. While gentle and melancholy at the start, it climaxes with Maitland’s jagged and dominant kick-drum patterns, dovetailed into Trewavas’ unique bass-lines. Pure Prog bliss.

The album ends, as in 2005, on a melancholy note with the introspective title track. It is fitting, because the whole experience is a lesson in wistful affection.

“Picture” has always been an album of enduring beauty and power, persistent innovation, Prog modernity, complexity, startling contrast, emotional appeal, lyrical excellence and boundlessly excellent composition. It remains so, only this time with clearer audio quality. On listening to the re-issue, I felt a little like a teenager who had found one of his most beloved childhood toys, and nostalgically rediscovered the joy that it gave him. I love this album all over again, and I have no doubt that you will too. In particular, if you are a vinyl collector, you should already be scrambling for your credit card.

In 2005, John Mitchell made the statement that Kino was a long-term project and that it would return. This re-issue is a fine start, and I have to say that my appetite and curiosity are now well and truly whetted. In the apparent absence of another It Bites reunion, it will soon be time for a new Kino studio album. There, I said it.