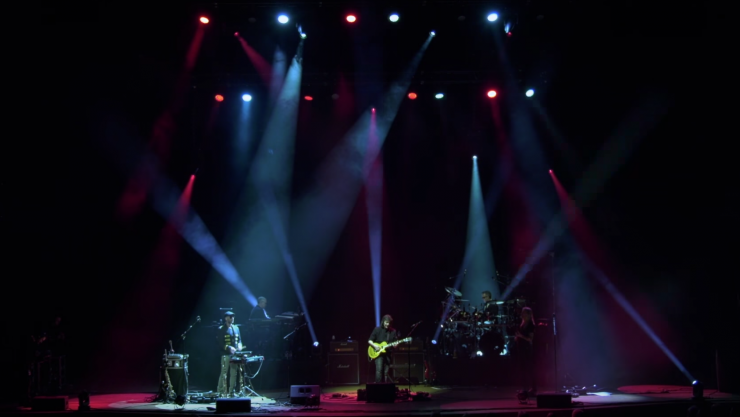 One of the standout tracks from the former Genesis guitarist’s 2017 album ‘The Night Siren’ is the instrumental ‘El Niño’ which you can see here.

The tour marked the 40th anniversary of the Genesis album ‘Wind & Wuthering’, and includes five tracks from the album: ‘Eleventh Earl of Mar’, ‘One For The Vine’, ‘Blood On The Rooftop’, ‘…In That Quiet Earth’ and ‘Afterglow’ as wel as other Genesis classics ‘Dance on a Volcano’, ‘Inside & Out’, ‘Firth Of Fifth’, ‘The Musical Box’ and ‘Los Endos.