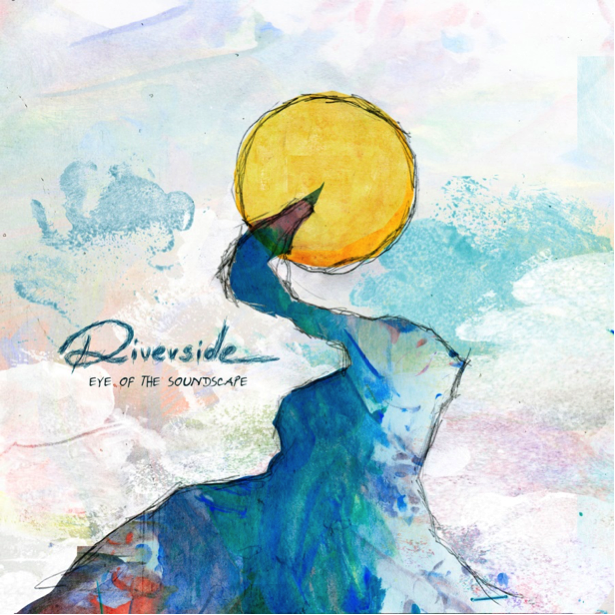 Meanwhile, RIVERSIDE continue to be productive and have just announced the release of a complementary instrumental album entitled “Eye Of The Soundscape” on October 21st, 2016 via InsideOutMusic. The release again features cover artwork by Travis Smith (see above!) and features 13 experimental and highly atmospheric compositions, which showcase RIVERSIDE’s ambient electronic side.

“Eye Of The Soundscape” compiles all the special instrumental RIVERSIDE tracks previously used as bonus material for the “Shrine Of New Generation Slaves” and “Love, Fear and the Time Machine” albums, alongside rare cuts as well as 4 new songs (“Where The River Flows”, “Shine”, “Sleepwalkers” and “Eye Of The Soundscape”) into a massive playing time of +100 minutes, which will be available as 2CD-Mediabook, 3LP (With both CD’s as bonus) or Digital Download.

But read what RIVERSIDE’s Mariusz Duda had to say about the upcoming release:

“I had a feeling that the sixth RIVERSIDE album might be the last chapter of a story. That the future releases might have a different sound, a different character… Unofficially, I called our latest three albums “the crowd trilogy”. Each subsequent title was longer by one word – four, five, six. Six words was long enough as a title and I thought that was the one to finish it off with…

Before we started a new chapter, perhaps a “new trilogy”, I had an idea to release a complementary album. An album in between. An album we had always wanted to record. It wouldn’t be just new music but in our case and in such configuration it would definitely be a new quality because we hadn’t released such an album before.

For years, we have accumulated a lot of material, a part of which was released on bonus discs. I know that some of our listeners still haven’t heard those pieces and do not realise that RIVERSIDE, basically right from the start, have been experimenting with ambient and progressive electronic music. And that’s always been a part of our music DNA.

So I presented the idea to the rest of the band and the decision was unanimous.

We decided to make a compilation of all our instrumental and ambient pieces, and release it this year as an independent album. Some of the songs would be re-mixed to make them sound better, but most of all, we’d add new compositions.

At the beginning of the year, we locked ourselves in the studio and we started to compose. We even published a picture on our facebook page, in which Grudzień is holding a small keyboard as a joke. That was that recording session. We were working with smiles on our faces, genuinely excited, knowing that this time it wasn’t just a bonus disc or an addition to something “bigger” but a fully fledged, independent release with that kind of music, full of space, trance, melodies and electronics. The day before I got a text message from Grudzień, “I really can’t wait for this release, I have always had a dream for RIVERSIDE to release such an album.”