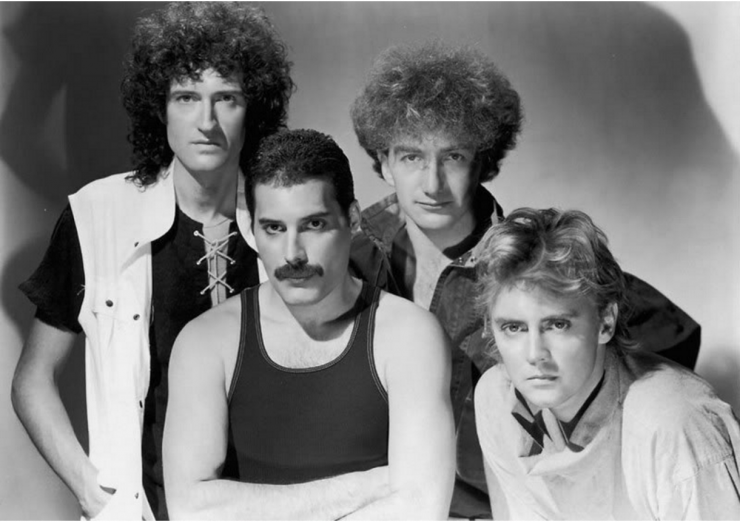 Queen were known for their ability to tackle practically every genre from rock to pop to r&b to disco and yes, even Prog.  While the band are hardly known as a Prog group, they certainly have a great number of fans in the Prog community for their stellar musicianship and incredible songwriting.
Here are some of their Prog Worthy Moments.

March of the Black Queen from album Queen II
This track might be the most progressive song in the band’s catalog. It follows numerous parts, time changes, crazy vocal harmonies and is just mad and brilliant.


Innuendo from the album Innuendo
The opening track to the band’s last proper album is one of their strongest efforts and a total progfest. It even features a spanish guitar solo from Steve Howe.


In the Lap of the Gods from the album Sheer Heart Attack
This is opening of side 2 and has a closing counterpart at the end of the album. This part is the weird one with some crazy screams from Roger Taylor.


Bohemian Rhapsody from the album A Night at the Opera
The band’s most famous song is also a secret Prog track and was at first considered too weird for radio. However, it is just to good and still holds after all these years as one of the greatest songs ever written.


The Millionaire Waltz from the album Day at the Races
This track is this album’s version of Bohemian Rhapsody and is even stranger.


Was It All Worth It from the album The Miracle
More of a heavy rock track but the orchestral breakdown in the middle is worth paying strong attention.


Father to Son from the album Queen II
Another amazing track from Queen II which is the band’s most Prog album in total. This one also features multiple sections and those great Queen harmonies.