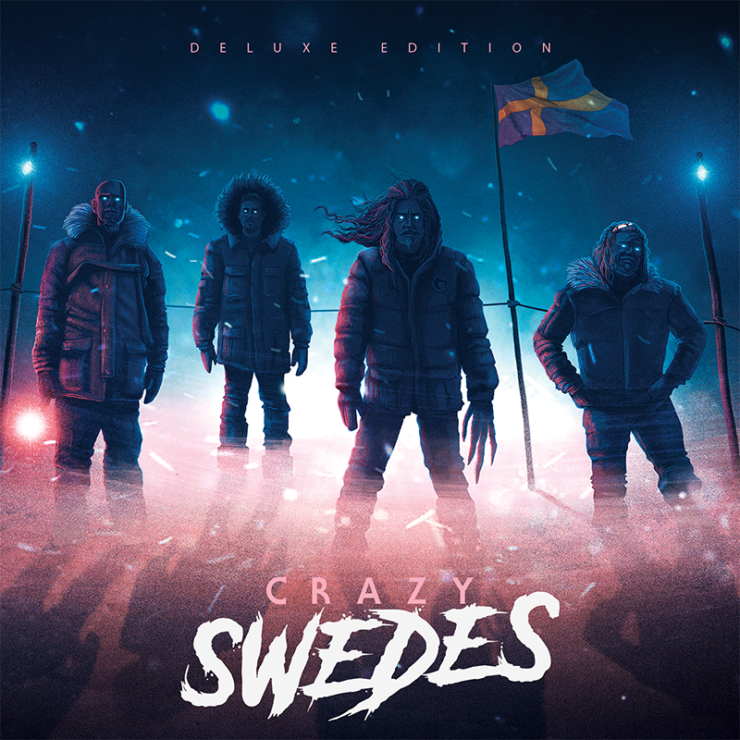 Jam-band rockers CRAZY SWEDES have partnered with The Prog Report for an exclusive premiere of the deluxe edition of their self-titled album. Originally released on August 20, 2021, the band is back with three new tracks to add to an already outstanding debut entry. In addition to the 10 tracks found on the standard version, the deluxe edition includes live covers of Pink Floyd’s “Shine On You Crazy Diamond” and “Stratus” by Billy Cobham, along with an original acoustic track, “Indigo Chrome”.

The deluxe edition of ‘Crazy Swedes’ will be released on September 23rd.

Swedes guitarist Will Severin says: “A lot of the other cuts on the Deluxe Edition are tips of the hat to our musical influences. All the guys in the band are killer players and bring a lot musically to the table. For me, it was a great change of pace to get back to just playing guitar again after a few years of lead vocal duties for Infinite Spectrum. With CRAZY SWEDES we all challenge each other, and it’s the perfect band to stretch out and just play. There’s a lot of variety on the new release, catchy hooks, and a very healthy dose of shredding!”