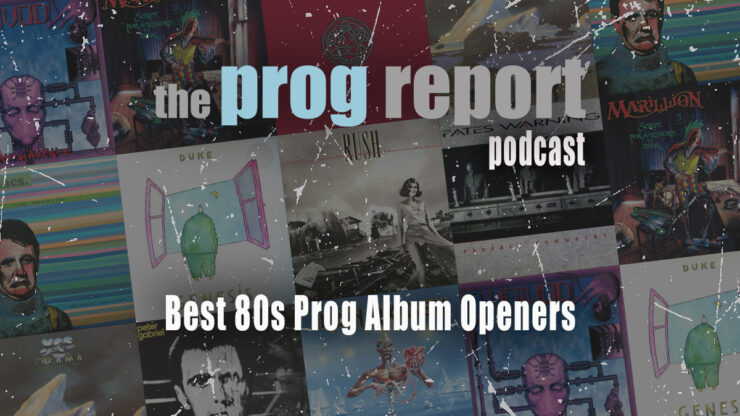 A look at some of the best opening tracks from 1980s prog albums.

Genesis knew how to open their albums during the ‘70s, and continued that trend of grabbing the listener from the get-go on 1980’s Duke. Despite being reduced to the trio of Phil Collins, Mike Rutherford, and Tony Banks, the band manages to create a rich sound full of depth while delivering several radio-ready hooks. Perhaps the perfect balance between prog and pop.

4. “Part of the Machine” – Fates Warning

Though elements of this production have not aged gracefully, the opening track to the classic Perfect Symmetry, was the moment where Fates Warning really started to assert themselves musically. The rhythms are more complex and dynamic, Ray Alder’s vocals are outstanding, and Jim Matheos shows his strength as a guitarist throughout. Not as flashy as where prog-metal would go, “Part of the Machine,” is nevertheless the blueprint for many future opening tracks in the genre.

Despite the lack of Jon Anderson and Rick Wakeman, Drama holds up as one of the most consistent and enjoyable albums in the Yes catalog, and it opens with inspired fury. “Machine Messiah” features the typical compositional quirks that Yes had used on their other epics, but there’s a colder, metallic sheen that works given the subject matter of the song. Perhaps, the greatest song Yes put out during the ‘80s.

Rush were on fire during the first half of the ‘80s, both commercially and artistically. The decade saw the band reach a wider audience than ever before and expand their sound to evolve beyond their heavy prog roots. Nowhere is this better seen than on “The Spirit of Radio,” the track which kicked off Rush’s ascension toward the mainstream (as close as the band would ever get to it anyway). At five minutes in length, the song is practically bite sized, yet brimming with musical ideas. From the flangy guitar intro to the main riff to the breakdown which alternates between reggae and hard rock to the blistering solos, it all fits together, and blows the roof off of what many other bands were doing in 1980.

It is the year 1983. Prog is in decline, partly due to the scorn of music critics and partly due to the ascension of punk. Many of the prominent groups have either broken up – Gentle Giant, Van der Graaf Generator, ELP – or have altered their sound for a pop audience like Genesis, Kansas, and Rush (to a certain extent). But then, from Buckinghamshire, England comes Marillion. They have no shame, they wear their influences on their sleeves, and are not afraid to put out long, intricate songs. Yet despite how much their style reminds the listener of ‘70s Genesis, they bring in modern production sensibilities. Digital synthesizers, processed guitar tones, gated reverb. It’s all there on “Script for a Jester’s Tear,” and serves as a rallying cry that prog will go on.

The Prog Report Track of the Month – November 2022