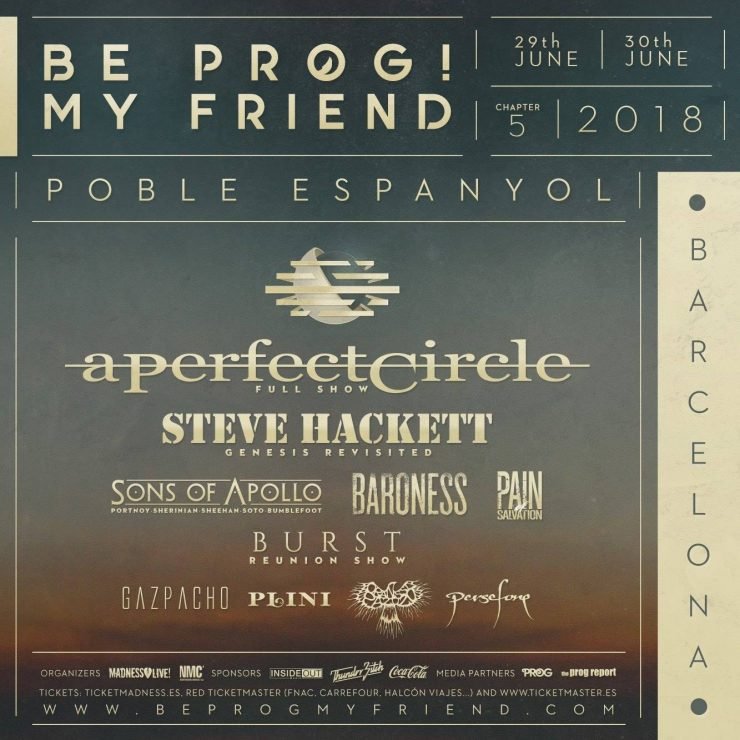 This year the festival will take place June 29th and 30th.

One of the best music festivals in Europe over the last few year has been the Be Prog! My Friend festival in Barcelona, Spain. This year the festival will take place Jun 29th and 30th and will feature headlining acts A Perfect Circle and Steve Hackett along with incredible acts such as Sons of Apollo, Pain of Salvation and more.

Held in the beautiful open air surroundings of Poble Espanyol – a huge stone built architectural museum – the site is one of the most important and striking landmarks of tourism in Barcelona. Whilst by day the Catalonian hotspot may play host to some of Barcelona’s most interesting historical articles, by the end of June it will instead play host to some of the world’s finest progressive artists. For more information visit: http://www.beprogmyfriend.com/.

We will be featuring each of the acts over a 2 weeks period, highlighting songs from each band, beginning May 7th.