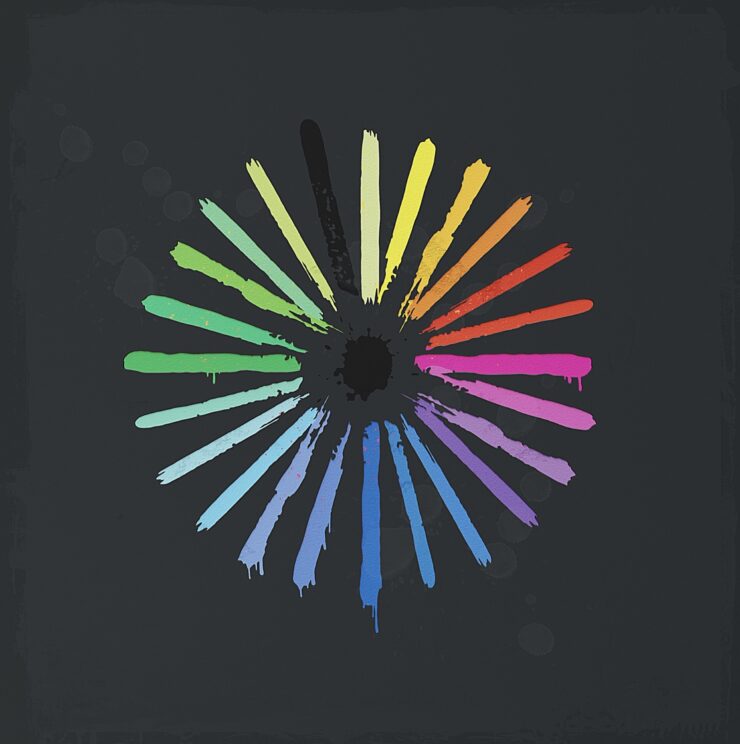 Review of the new Marillion album ‘An Hour Before It’s Dark’ out on March 4th, 2022

I am not sure that the label ‘Prog’ still applies to Marillion. In fact I am not certain that any designation applies to this band of stalwarts. Veterans to a man, they know that labels (in both senses of the word) do not really matter – only the work does. Having innovated in the business of music as much as the art itself, Marillion are fully aware that they must be ‘hard on themselves’ to progress. With this, and an absolute refusal to be pigeonholed, the most resolute band in the UK are back with their 20th studio album, ‘An Hour Before It’s Dark’, to be released on March 4, 2022.

The new record is certainly an album with a theme – in fact four themes – and weighty ones they are. Truth be told, Marillion have become a lyrical platform for Steve Hogarth’s humanitarian and societal views. Now, before anyone denounces this reality, it is absolutely not a bad thing. In fact, it has become somewhat hard to imagine a 2022 iteration of Marillion that does not boldly espouse Hogarth’s opinions. The cricket bat-wielding singer is a wildly talented lyricist who is forthright in expressing his sentiments, no matter how controversial they may be. But while Marillion’s previous offering ‘F.E.A.R.’ might have proved a little heavyweight for some fans, ‘An Hour Before It’s Dark’ is more balanced, and indeed more upbeat, than its predecessor. As the press release states, the album title could refer to the last hour that a child is permitted to play outside, the fight against time in respect of climate change or the closing minutes of a person’s life. You decide. The music is at various times somber, mid-tempo or buoyant enough for any of these permutations to prevail during any particular listen. And for any band to achieve that kind of confluence is a gift.

Since Marillion are known for being so startlingly unafraid to tell it like it is, the listener should be prepared for a compelling emotional journey – one that addresses no less than the greatest problems currently facing the world. There are four suites (one for each theme), three stand-alone songs and a bonus track.

The album starts with the ‘Choir Noir’ (a remote choir based across the United Kingdom) sounding suitably monastic, before the three-part ‘Hard on Yourself’ suite kicks in. The first section has one of the catchiest ear-worm choruses of Marillion’s career. The second part ‘Lust for Luxury’ covers the curse of materialism with an interesting observation in which Hogarth quite literally sings ‘We haven’t got long to the end of the song’ while the band executes a dark musical gallop. The third part ‘You Can Learn’ closes out the suite with gentle introspection.

Some of the best moments of the album (and perhaps some of the best since ‘Hogarth’s first album with the band, ‘Season’s End’,) are to be heard in the second three-part suite entitled ‘Reprogram the Gene.’ Its first section, ‘Invincible’, is a rocker about androgyny, featuring Hogarth in particularly expressive, indeed snarling, form. The second section, ‘Trouble-Free Life’ builds nicely to ‘A Cure For Us’, a solid rocker of sheer brilliance that sports some tidy ELO-type harmonies. Harkening back to the better parts of ‘Holidays In Eden,’ this is impeccable pop about befriending the Earth – a simple but jarring message delivered directly and with brevity. You will love it.

‘Only a Kiss’ is an instrumental intro to the already-released single, ‘Murder Machines’, which has one of the strongest hooks on the album. A diatribe about a particular virus, mass extinction and climate change, the single is paradoxically upbeat, in contrast with its lyrics.

‘The Crow and the Nightingale’ is my favorite song on the album (as Rothery agreed, in a recent Prog Report Interview) A paean to one of Hogarth’s heroes, Leonard Cohen, this song will recall longer-standing fans to the gentler moments of the classic Marillion album ‘Clutching At Straws’. The Choir Noir begins and ends the song on ethereal note, book-ending an imperious guitar solo that reminds us why Rothery is second only to David Gilmour in this style of playing. One can just imagine the hordes of fans at a Marillion Weekend swaying in slow time to this moving ballad. Utterly magnificent.

‘Sierra Leone’ is a five-part suite about the choices faced by child laborers forced to scratch in the earth for diamonds. It may be a little strained in parts, in reflection of the story, but it also has many excellent moments of hope. In particular, ‘The Blue Warm Air’ has a sparkling Mark Kelly melody as good as any that he has produced. It must be said that the mix on the final section ‘More than Treasure’ is at times a little unkind to Hogarth due to an over-emphasis of his distinctive sibilance, but this is one imperfection in an otherwise flawless production.

‘Care – Maintenance Drugs’ is the funkiest that Marillion have sounded in recent times. Built on a massive Trewavas bass-line, it really works, and it will occur to the listener that Marillion should create more funk-rock like this. Of course it is not long before they return to what they do best, and ‘Care – An Hour Before It’s Dark’ is a melody of great gravitas punctuated with jagged snare/tom patterns from the excellent Ian Moseley. It seems to me that this is indeed about the hour before death rather than the time at which a playing child is called to come indoors – but you might hear it differently. Expect to have your heartstrings torn in the highly melancholy third section of the ‘Care’ suite, ‘Every Cell,’ most especially by Rothery’s massive, lurking solo. The final section of the suite, ‘Angels on Earth’, is a dedication to those bravest of heroes, the world’s medical care-givers. It is a celestial march that features the lyric ‘The angels of this world are not in the walls of churches’, repeating as a mounting refrain. At one point Hogarth observes with no small amount of irony and sarcasm that ‘the heroes of this world are not in the Hall of Fame’. (Are you listening, Rock ‘n Roll Hall of Fame?) Only Marillion could pull this off with such aplomb, or, to quote from Hogarth’s lyric, ‘pure class’.

There is a bonus track 12-inch mix of ‘Murder Machines’ that might sound redundant to some listeners on the first spin, after the huge climax reached in ‘Care’. My first thought was that I would have been more than satisfied if the album had ended with ‘Care’, but on subsequent listens, the addition of a re-mixed ‘Murder Machines’ made perfect sense.

The album’s production is up to the stringent standards that the Freaks (Marillion’s massively dedicated fan-base) have come to expect. Mixed by Michael Hunter, it has a dark, irrepressible beauty that almost feels like too many hours were spent on showcasing Hogarth’s consummate lead vocals. Recorded at Peter Gabriel’s Real World Studios, where a documentary about the making of the album was also shot for release with the deluxe edition, the audio on this album is superior. The artwork is also highly attractive, with a typically emblematic cover designed by regular collaborator Simon Ward.

Rumination and apocalypse, bleakness and hope, melody and introspection – they are all there, and ‘An Hour Before It’s Dark’ is an often energetic and consistently successful album. Composition aside, Ian Moseley’s economical drumming always combines beautifully with Pete Trewavas’ legendary bass-sound, and the twilight tinklings of Mark Kelly complement Rothery’s memorable lead solos with the perfection that only decades of partnership can bring. Every time the melodies threaten to become soporific, Rothery’s scything guitar swoops in like one of the saviors described in the music.

With ‘An Hour Before It’s Dark’, Marillion have created perhaps their most captivating release in years. The question as to whether this is Prog or not becomes starkly irrelevant when listening to the album, which was really not designed, written or performed with categorization in mind. Does the album proselytize? Sometimes. Is it lyrically demanding? Most certainly. But it has always been a hard task to get into great music – it is a gift that requires the investment of your time and your emotion. It requires you to be somewhat hard on yourself. ‘An Hour Before It’s Dark’ will reward you immensely if you dedicate your time and effort to it. In Hogarth’s words, taken from the title track, you will be glad you did.