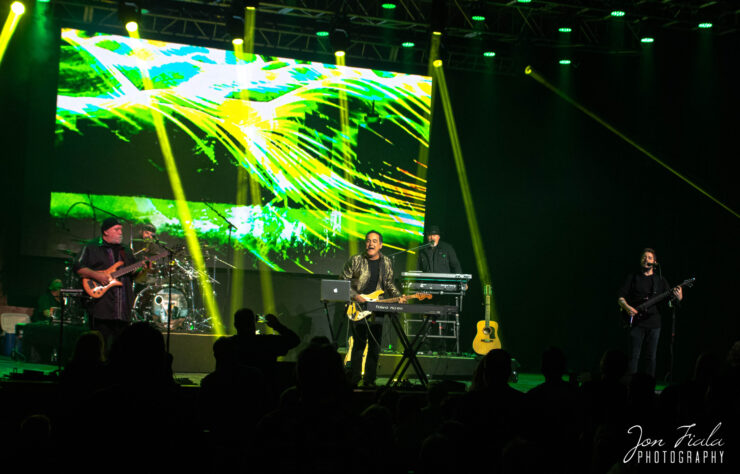 Review of NMB Live in St, Charles, IL for An Evening of Innocence & Danger

Over the past two years, the world of concerts has been rather desolate. Fans of music relied on the creative energy of their favorite musicians to keep them entertained with studio releases. It was a great time for some brilliant new music; however, something was definitely missing: the thrill of a concert, seeing and hearing music performed live as musicians take their work from the studio to the stage.

But finally concert halls are opening their doors again, and fans of progressive rock are gathering to see favorite performers display their talents in person. 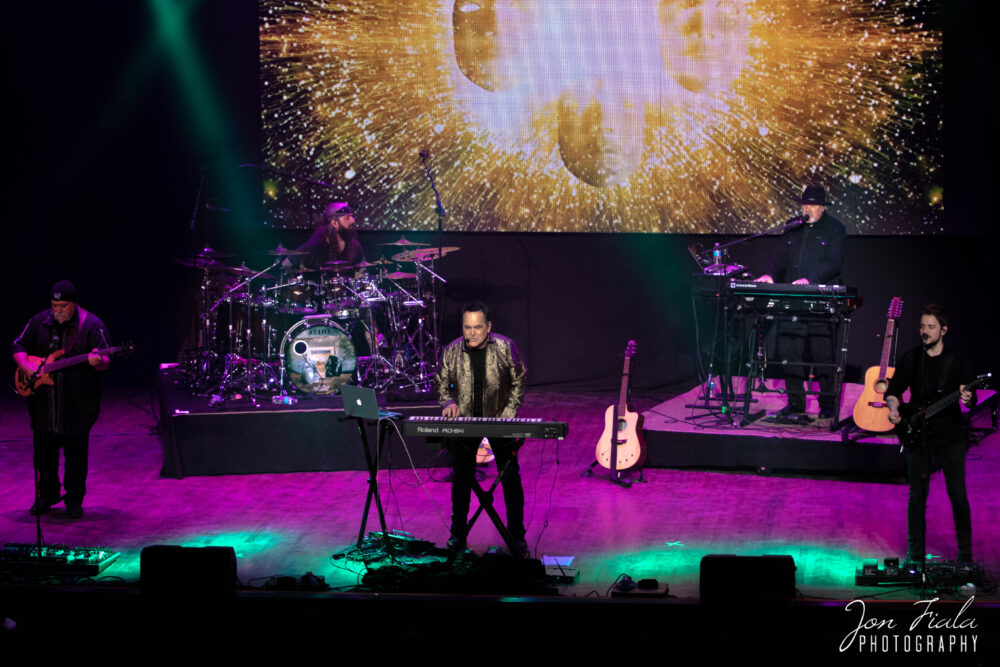 The Neal Morse Band, featuring Neal Morse, Mike Portnoy, Randy George. Bill Hubauer and Eric Gillette, now known as NMB, were due to hit the road last year, but had postponed the dates due to covid concerns. But on the evening of February 19, 2022, An Evening of Innocence and Danger made a stop in St. Charles, Illinois at the Arcada Theater, a favorite venue of the band.

The previous two NMB tours saw them playing a double concept album in the entirety–The Similitude of a Dream and The Great Adventure. This tour pulls mostly from the band’s latest release Innocence & Danger, with the exclusion of the two slower acoustic-based tracks. 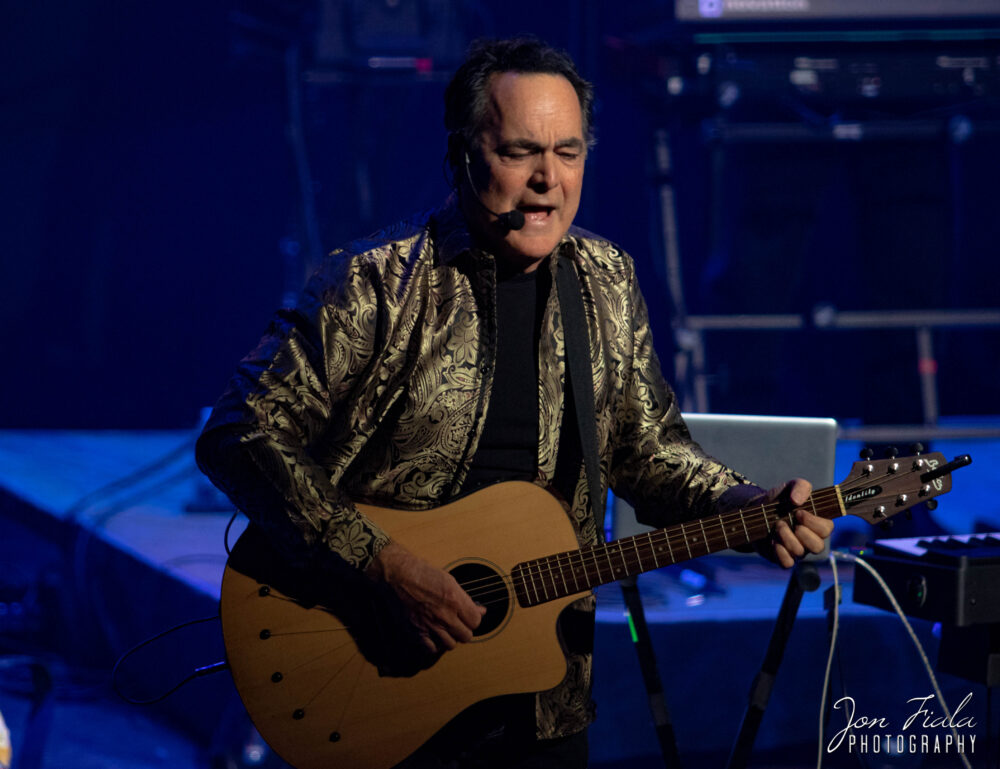 The show kicked off with an orchestral intro Eric created to blend seamlessly into the opening song, “Do It All Again.” When the entire band hit the first power chord, everyone knew they were in for a special night of prog. Neal welcomed the crowd and the extraordinary talents of the band began to shine from that moment on. Mike’s performance reminded everyone why he is consistently ranked with the top drummers in rock. Randy held down the complicated low end perfectly and Eric’s virtuosic shredding never ceases to amaze the crowd. Mighty Bill showed off his chops on the keyboards with his usual energetic dexterity. 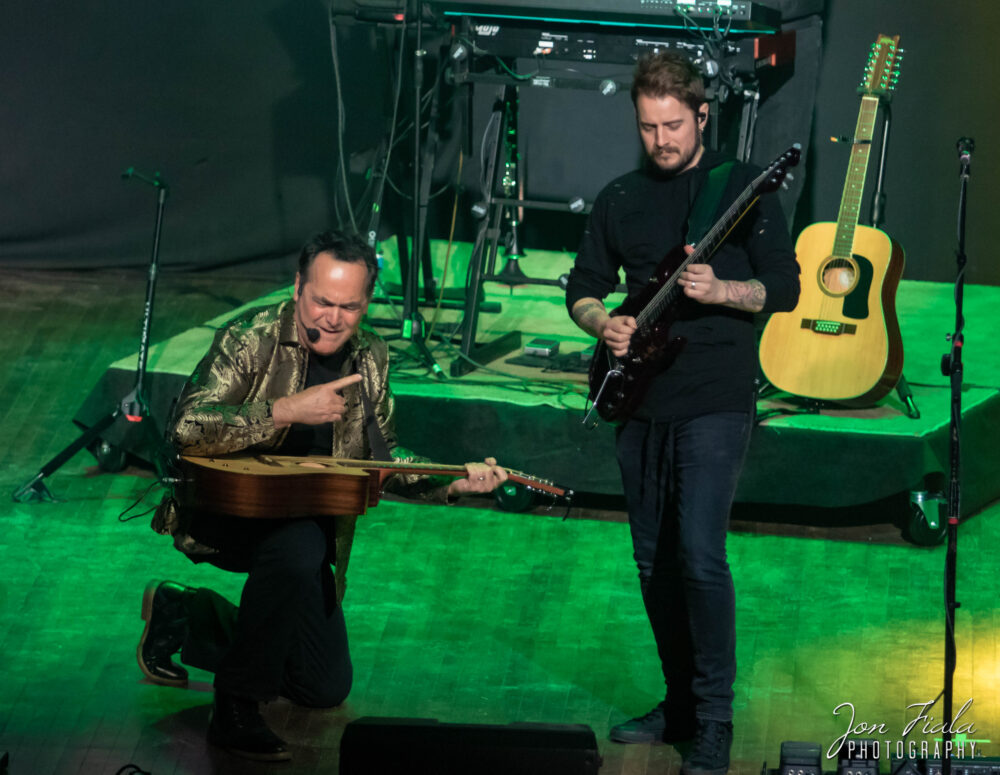 The band continued to take the audience through the first CD for the Innocence portion of the night, songs under nine minutes, showcasing the group’s capabilities in the fast and fun “Bird on a Wire.” The next three tracks slowed things down a little bit while still displaying the versatility of the band – the poppy “Your Place in Sun,” with Eric, Bill and Mike all singing lead, and “Another Story to Tell” segued into the psychedelic “The Way It Had to Be,” which then led seamlessly into the end of Pink Floyd’s “Breathe” and even a small smattering of “A Great Gig in the Sky.” 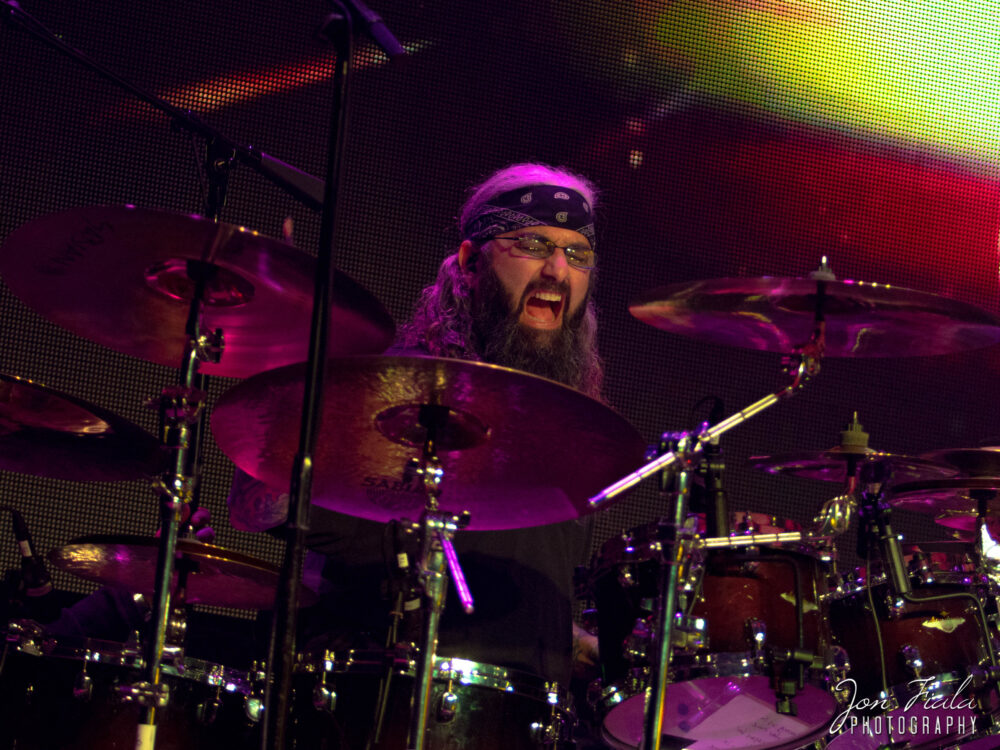 A highlight on the album is the prog version of Simon and Garfunkel’s “Bridge over Troubled Water,” which has an outstanding and complex 2-minute intro before the melody becomes recognizable. The band switched tempos again with for the acoustic gem from their first album, “Waterfall” to wrap up the Innocence portion of the show. 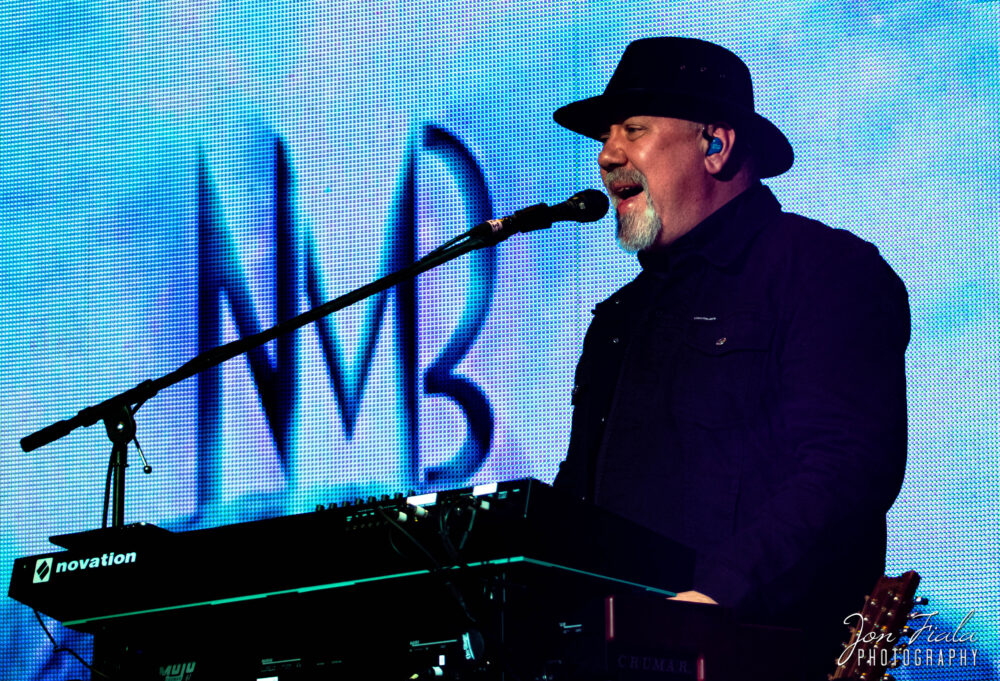 Many people think of prog as long, complicated, multi-part songs, and the Danger portion of the show lives up to the definition, clocking in at 50 minutes for just two songs. A prog fan’s dream! “Not Afraid, Pt 2” and “Beyond the Years” showed everyone why all five members are at the top of their respective games and why they gel so cohesively as a unit. 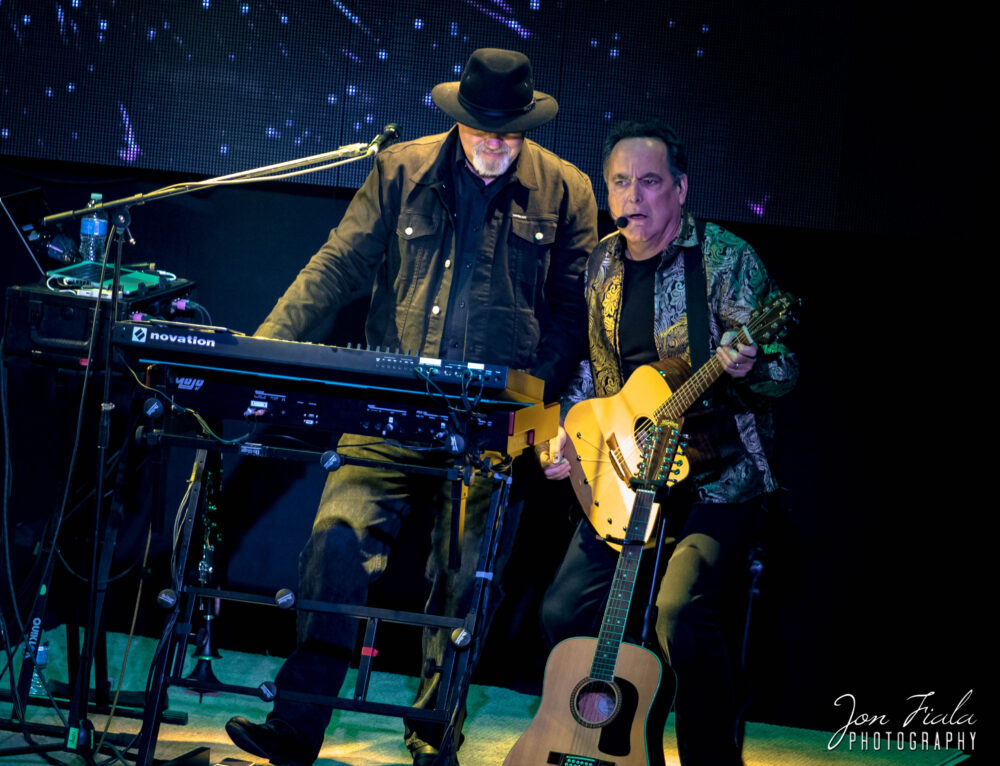 The 30-plus-minute encore was a delightful journey of songs taken from the two already classic double concept albums. They recently added two songs to the encore list, beginning with the first song from Similitude, “Long Day,” and concluding with its climactic final song ‘Long Day (Reprise).’ It was such an appropriate epic ending to an evening of incredible musicianship from five brilliant musicians still at their peaks. Thank you Neal, Mike, Randy, Bill & Eric. 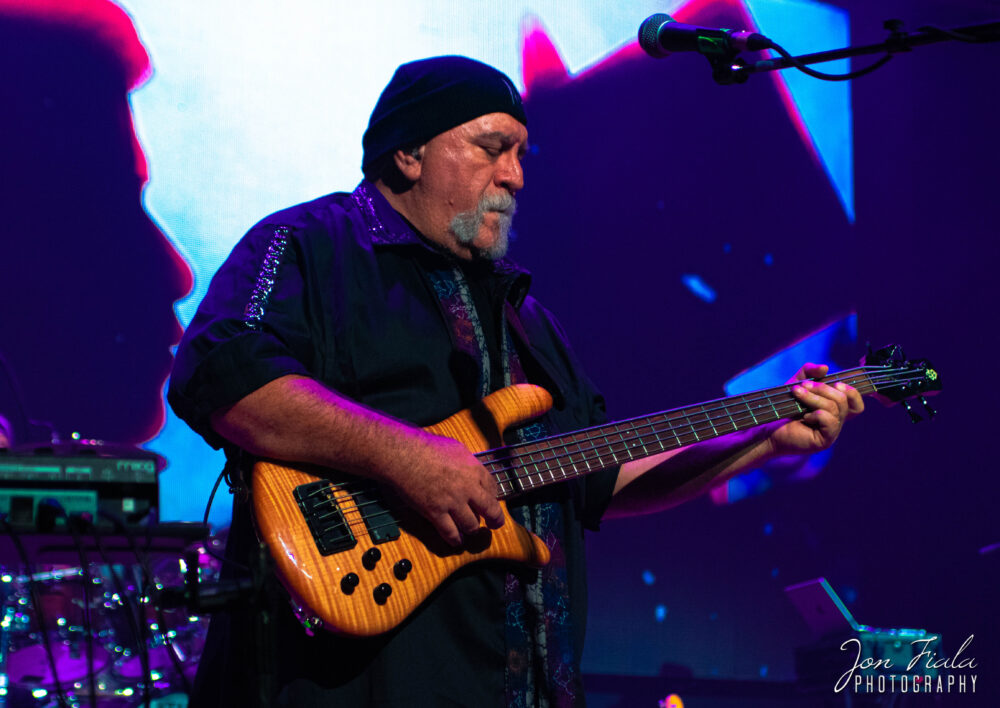 Fans waiting to see the NMB on the remaining few dates on the west coast this week will certainly not be disappointed. The tour continues in Europe in late May through mid June. For info on dates, tickets and VIP passes visit: https://www.nealmorse.com/2021/06/18/nmbtourdates/