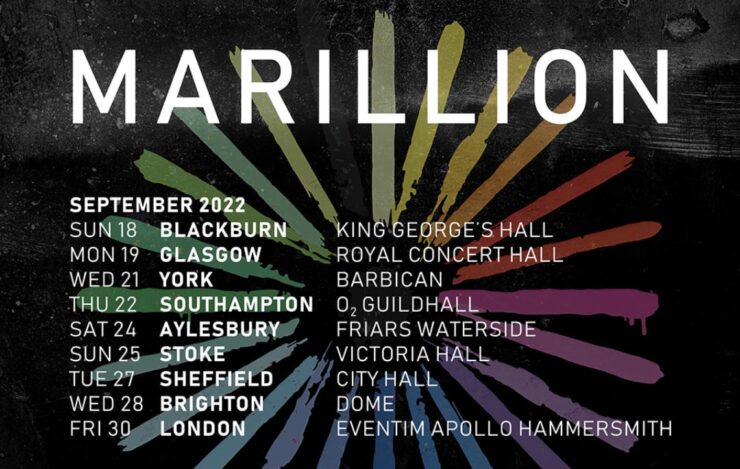 Marillion have announced a run of nine England and Scotland tour dates for September.

Marillion kick things off at Blackburn’s St. George’s Hall on September and conclude at London’s Eventim Apollo in Hammersmith on September 30th.

“We are once again looking forward to our shows in September in conjunction with Kilimanjaro and we can’t wait to get out there and play the new album to the fans,” the band state.