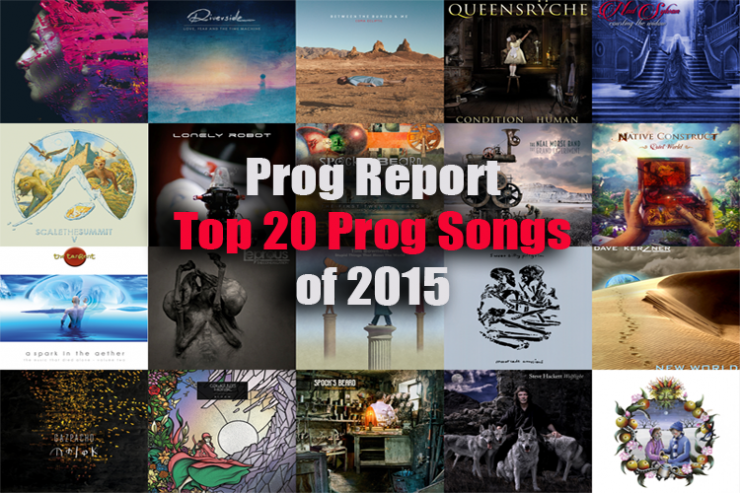 Choosing the TOP 20 songs of 2015 was a difficult challenge.  It was a year with so many fantastic songs.  It was even harder to put these in an order but we did our best.  We will be releasing 4 each day this week until we get to #1.  Enjoy and let the debate begin.

Great song from a spectacular prog instrumental album.  Props go the band for their creative videos as well.

This is one of many great songs on the group’s Alternative Prog album ‘Motorcade Amnesiacs.’  The build up at the end is the payoff.

We might have chosen the title track from the great Prog concept album by *Frost member John Mitchell but there was no video for that one.  Many great songs including this one.

This rocking track on Kerzner’s solo album brings back memories of Abacab and ELO for one of the highlights off his epic release ‘New World.’