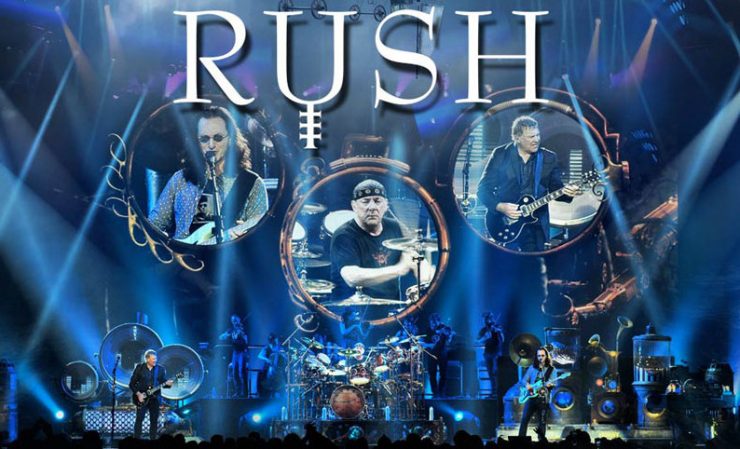 Rush have just come off one of their most successful tours and perhaps their final one as well.  Now they are releasing R40 Live which commemorates the event with a fantastic new Blu-Ray, DVD, CD set.  Of course, Rush have had their share of live albums, many of them held up with some of the best live albums ever recorded.  So let’s look at the Top 5 Rush Live Albums.

All The World’s A Stage 1976: Another highlight in the Rush catalog, it features Rush at their most raw.  The setlist of the early era features Geddy Lee’s ear-piercing vocals, and the band tearing through long tracks like 2112 and By-Tor and the Snow Dog.

Different Stages 1998:  Although it is a late 90’s live album, the recording is superb and the setlist features the best of the late 80s and 90’s albums where the band started getting back to guitar driven tracks.  Plus it includes a bonus live disc from 1978.

Rush in Rio 2003:  A great mix of all the Rush era’s that really showcased the band’s diversity and influence.  The performances are still very solid and it is a very long concert with a lot of tracks.

A Show of Hands 1989: This is Rush heavy in to keyboards and synthesizers with track from the mid 80s era, but still a great live record.