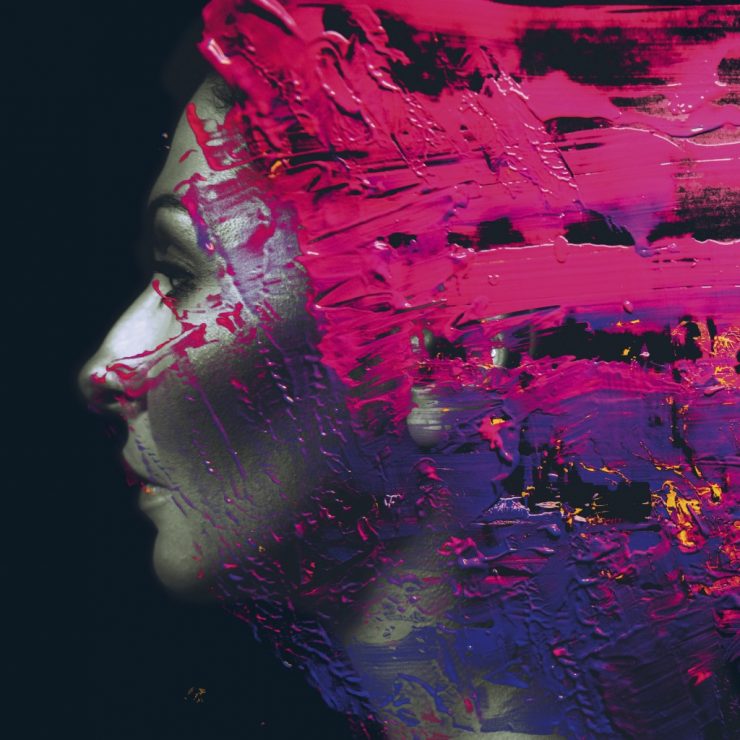 Review of Steven Wilson’s new album Hand.Cannot.Erase due on Kscope Records March 3rd in the US.

Steven Wilson, the songwriter, producer, singer, guitarist behind Porcupine Tree and an uncompromising and successful solo career has once again delivered on surprising his fans.  Following the success of his last album, the brilliant “Raven that refused to sing”, Wilson has returned to making a concept album and with ‘Hand.Cannot.Erase’, he has delivered perhaps one of the best albums of his career.

A true concept album, it is based on the story of Joyce Vincent who was found after being dead in her apartment for 2 years.  This can make for some dark moments but Wilson finds a way of encapsulating the entire story of the young woman’s life, providing moments of endearment, love, remembrance, loss and intensity all within the flow of the album.  Musically, the album covers a lot of territory from parts sounding like Porcupine Tree and Opeth to Pop and Electronica.  He has always ventured into other areas, but seems to be shying away from staying in one lane even more with this one.  But rest assured, Prog fans should love this album.

For any fans of Porcupine Tree, the opening track “First Regret/3 Years Older” will feel like a return to form.  Opening like a movie soundtrack, the section “First Regret” builds on a simple piano refrain and then moves to a string arrangement.  The guitar into for “3 Years Older” sounds like it could be the guitar opening from Tommy but quickly the syncopated drum and bass from Marco Minnemann and Nick Beggs draw you into the building excitement.  The next few minutes are like a musical overture leading to a simple acoustic guitar where Wilson begins to sing.  The harmonies and background vocals are sublime and the explosion when the band kicks back in with force is captivating.  There are some brilliant progressive moments in this latter half of the track, with the Adam Holzman’s piano leading the way along with the tremendously talented Guthrie Govan following on guitar.  The band features some of the best musicians in the world and they are absolutely incredible throughout.

The second track, “Hand.Cannot.Erase” is nontraditional for a Steven Wilson album as it is a simple 4 minute pop song and perhaps one of the most radio friendly songs he has ever produced, certainly from his solo albums.  It is an uptempo song that by itself would be cause for concern from the discerning Prog fan base, but in the context of the album, it is completely welcome as a breath of fresh air.

“Perfect Life” follows and this is where the album begins to shift.  As seen in the video previously released for the song, it is mostly a narrated track where the sister of the lead woman in the story recalls how they first connected and then fell out of each other’s lives.  Mostly over an electronic rhythm, Wilson starts to sing “we have got the perfect life” towards the end of the song, making for one of the most interesting and beautiful moments on the album.  When asked about this track being a strange choice for the first video and single, Wilson said he is not interested in doing what is expected.  Check out the interview with The Prog Report.

The centerpiece of the album is “Routine”.  The song introduces Israeli singer Ninet Tayeb as the lead character.  The song is as much a musical theater track as it is a progressive rock track.  It is an epic track that incorporates a boys choir which adds a particular depth to the track.  The use of the instruments as characters, shifting them in and out, is another welcome element and shows Wilson’s brilliance as a producer.

The next track “Home Invasion/Regret” is something that would have fit on his last album.  A heavy progressive track with a lot of instrumental parts make this a fun track to listen to and explore.  The second half features an incredible solo section from Holzman.  Guthrie Govan has his best solo moment on this track as well.  This should be a great live song.

“Transciense” sounds like “Lips of Ashes” from ‘In Absentia’.  It is a nice break from the heaviness of the previous track.  And is a perfect pairing with “Ancestral.”  The big epic track on the album is also the heaviest track.  It is similar to how Wilson used to write in the early days of PT in songs like Russia On Ice where the first half of the song is subdued and dark before kicking into a metal riff explosion that continues until the song reaches is climax.

The closing track “Happy Returns/Ascendant Here On” is a soft ballad and a great way to close the album.  After the haunting moments of “Ancestral” Wilson chooses to try and leave the listener on a message of hope, even though we know the outcome is not good.  He has often chosen to close his albums with ballad type tracks, some more simple than others.  This one is grand and builds before ending softly with some piano and strings.

This is an album that demands multiple listens. It is layered and complex and once again Steven Wilson proves he is just an a different playing field when it comes to Prog and Rock music.  He has created his own niche in both genres.  He could easily do a full on Prog album as he did with the Raven, but knowing that is why he chooses to not do it.  Instead he gifts us with another brilliant piece of music that should stand the test of time.  This will definitely be one of the top albums of 2015.