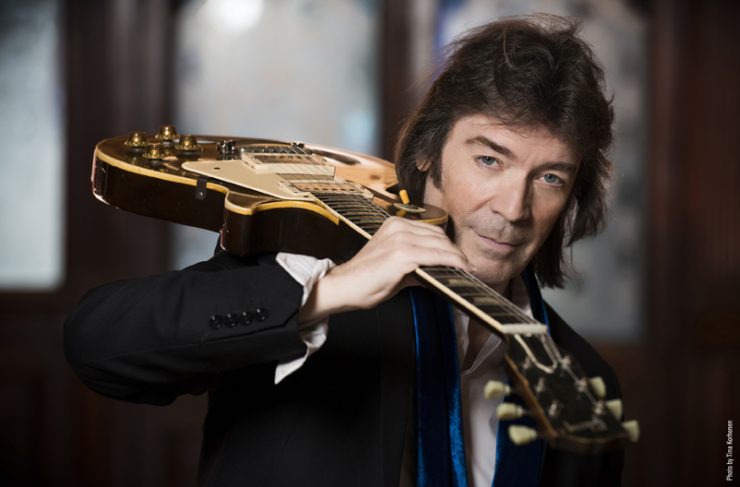 A look at some of the best tracks from Steve Hackett’s more recent solo albums.

Steve Hackett, enjoying a career renaissance due to his Genesis Revisited albums and tours has just released his latest album called Wolflight to high critical acclaim. While many know Hackett’s early solo work such as The Voyage of the Acolyte and Highly Strung, he has been consistently releasing great Progressive rock albums all through the 90’s and 2000’s.  So we decided to shed some light on some great tracks from the last few albums that preceded Wolflight.  If you are not familiar with some of his recent back catalog, you should do yourself a favor and check these tracks and albums out.

Turn This Island Earth (from Beyond the Shrouded Horizon) – His last studio album from 2011 was a double album with all sorts of styles and genres.  The last track on the first disc is the most ambitious and best track on the album.  A long 12 minute epic, this track has a number of twists and turns, starting off as something ELO might produce and closing as a soundtrack to a film.  The moment when the drums and orchestra kick in is bombastic and glorious.

Fire on the Moon (from Out of the Tunnel’s Mouth) – The opening track from this album done in 2009 is a tale of two styles, the soft musical box moments of the verses and the loud and heavy choruses.  The dynamic between this two styles is very much a Hackett signature but done no better than in this fantastic song, which also features some exquisite guitar solos.

The Fundamentals of Brainwashing (from Wild Orchids)  – From 2006, this short track, Pink Floyd-esque written ballad shows Hackett’s ability to produce brilliant simple songs in addition to the epics.  The track is really paired with the final song on the album called Howl, which is a pounding rock instrumental.

Emerald and Ash (from Out of the Tunnel’s Mouth) – This track is everything Hackett does well and is about in one song.  The verses contain his signature harmonized vocals, the chorus is uplifting and one of the best he has written, while the second half of the song transforms from a ballad to a killer rock opus.

A Place Called Freedom – (from Beyond the Shrouded Horizon) Paired with the brief intro Prairie Angel, this song fits a lot of parts into 5 minutes and none more beautiful than the main guitar solo that recalls the main theme from Prairie Angel.  That solo and the closing of the song are some of the album’s finer moments.