Neal Morse Band – The Similitude of a Dream (Album Review) 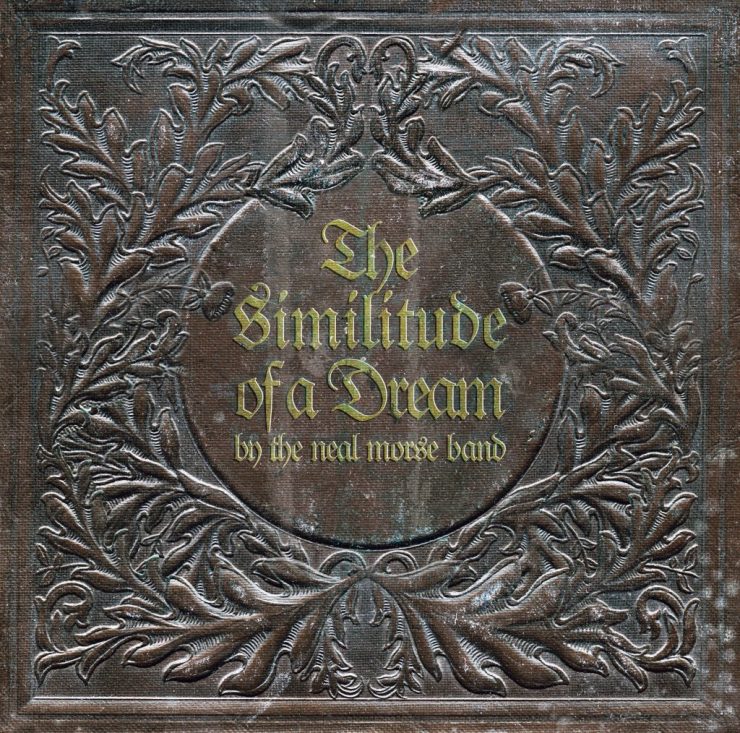 Review of the new Neal Morse Band album ‘The Similitude of a Dream’ out on Nov 11th.

Neal Morse and Mike Portnoy represent two of the most prolific careers in the Prog mainstream over the last 20+ years. In that time, they have been a part of more albums than many bands’ entire catalogs combined, a considerable amount of them regarded as Prog classics; Neal on ‘The Light’ and ‘Snow’ with Spock’s Beard, Mike with Dream Theater on Scenes From A Memory’ and ‘Images and Words’ and of course together on ‘Bridge Across Forever’ and ‘The Whirlwind’ with Transatlantic, not to mention Neal’s solo albums and the dozens of other albums they released. So when Mike Portnoy says this latest album might be the best album of his career, that is certainly a statement not to take lightly.  It also places immense pressure on the album. Most albums do not live up to such praise and usually end up disappointing. However, after many listens, it is fair to say, that with ‘The Similitude of a Dream’ the hype is for real.

The album is based on the book ‘The Pilgrim’s Progress from This World to That Which Is to Come; Delivered under the Similitude of a Dream’ written by John Bunyan.  The story, described as set in a dream, follows a lead character named Christian, who is tormented by spiritual anguish and told he must leave the City of Destruction to find salvation in the Celestial City.  There is much more to the story, of course, and the part of the story portrayed in this album represents just a small portion of the book.  Is it spiritual?  Yes.  But relative to prior Neal Morse releases, this album is absolutely accessible and, done in the guise of an allegory, does not come off preachy in the least.  In fact, for anyone paying attention to the last few Neal Morse outings, this has been the case for some time now.

Morse has produced a fair share of concept albums, including 5 in a row from the time he made Snow with Spock’s Beard through his first 4 solo albums.  He had largely stepped away from concept albums with his more recent work, 2012’s ‘Momentum’ and 2015’s ‘The Grand Experiment’. While all of Neal’s solo albums have been recorded with Mike Portnoy and bassist Randy George, ‘The Grand Experiment’ was the first album released by the Neal Morse Band, with guitarist Eric Gillette and keyboardist Bill Hubauer on board as full-time members, not only as performers, but as songwriters.  The result of this new 5-piece added a boost to the songwriting and overall sound that Morse had become known for.  Gillette and Hubauer are, on top of being stellar musicians (each plays practically every instrument), both phenomenal singers and Morse was smart to have them showcase those talents on the last album.  With this new album, they all take everything up a notch and then some. This is now a band in the truest sense of the word.

The flaw in most double or concept albums is that they usually can be and probably should be condensed into one great album’s worth of music.  There are always one minute interludes that can be skipped over, too long and unnecessary intros, and songs that are not as good as some others.  Neal and the band avoid those pitfalls here, which is part of why this album is enjoyable. It is just a straight 100 minutes of music with no filler, no waste of time, nothing that makes you want to skip.  While there are all the signature Neal Morse moments, there are loads of new elements and styles that make this album sound fresh and revitalized.  Additionally, the production, courtesy of the always reliable Rich Mouser, and the performances by each member are impeccable.  Now let’s get to the music.

(Skip to the last paragraph to avoid any spoilers)

The album opens calmly with strings and Neal singing the album’s main melody “Long Day” setting the stage like any proper rock opera, before the bombastic “Overture” kicks things into high-gear.  There is so much contained in the opening instrumental, it is hard to absorb it all in one listen.  Only after you listen to the entire album, does the “Overture” become clearer.  From there we meet the character Christian, as he describes “The Dream”.  This is all a build-up to the one of the main full songs and the single from the album “City of Destruction”, a hard-hitting tour de-force, that is unlike anything Neal and the band have written before.  There are a few motifs that are repeated throughout the album, this song being one of them.  Neal’s ability to revisit and reinvent themes is his ace in the hole.  Few of his contemporaries possess this songwriting skill at this exemplary level, which is why many fail at the epic song or concept album.  Done with such precision, as it is here, demands attention from the listener and creates a more immersive listening experience.

What comes next, beginning with “We Have Got to Go” is the equivalent to side 2 of The Beatles’ Abbey Road, with partial songs segueing into each other, keyboard and guitar solos interjected seemingly at will.  “Makes No Sense” introduces another one of the album’s themes and is also where Eric and Bill add a soaring element to the song as they reach new heights with their voices. Mike takes his turn at vocals with the rocker “Draw the Line” which leads in to the instrumental “The Slough” before concluding this section of the album with “Back to the City.”

One of the surprises on the album and true highlights is the Beatle-esque “The Ways of a Fool”, where Bill Hubauer takes lead vocals.  The song is sheer pop brilliance and adds a new element to this core’s musical repertoire.  Eric Gillette reprises much of Disc 1 in “So Far Gone” before Neal closes out the first disc with the gospel “Breath of Angels”, a pure, emotionally charged Morse number.  Bill proves again, on this album, his ability to do practically anything and Eric continues his ascension up the guitar royalty ladder with stupendous soloing and tremendous vocal ability.

Disc 2 starts with the rockin “Slave To Your Mind”, an explosive track with the band cutting loose, shifting through numerous time changes and solo breaks.  Mike again shows the power and creativity to play any style and keep things interesting and exciting.  Throughout much of Disc 2 there are more surprises stylistically, like the folky “Shortcut to Salvation” the bluesy “The Man in the Iron Cage”, the country-twang of “Freedom Song” and The Who-inspired “I’m Running”, which features a monster bass solo by Randy George.  All of these together, make as inventive a listen as one can remember with a Neal Morse album. Make no mistake, in between, there is still plenty of Moog and synth solos and Prog extravaganza to thrill the senses, but as you stick with this album, you begin to appreciate the incredible diversity contained in these 2 discs.

The finale begins with “The Mask” which features a grand piano solo before changing into a dark, almost industrial reworking of “City of Destruction”. This precedes the track “Confrontation”, which is a climactic reprise of many other album themes and one of the best moments on the album.  The final instrumental “The Battle” is full-on Prog madness, with some of the group’s best soloing moments.  All this leads up to the epic final track, the quintessential Neal Morse ballad, “Broken Sky/Long Day (Reprise).  Not much to say here that will do justice to the ending, but kudos to Neal for allowing Eric to shine during the closeout moments on this track.  If you don’t get chills, you might need to check your pulse.  It all ends with Neal bringing it all home on a quiet note, just as the album began.

All in all, this is quite an achievement by a group of musicians that didn’t need to improve upon already magnificent careers filled with incredible albums.  While its position atop any all-time lists will be up for debate, ‘The Similitude of a Dream’ does the impossible and exceeds all expectations.  It is absolutely a jaw-dropping release that will no doubt rank alongside the best albums by Neal Morse and Mike Portnoy, if not above them.