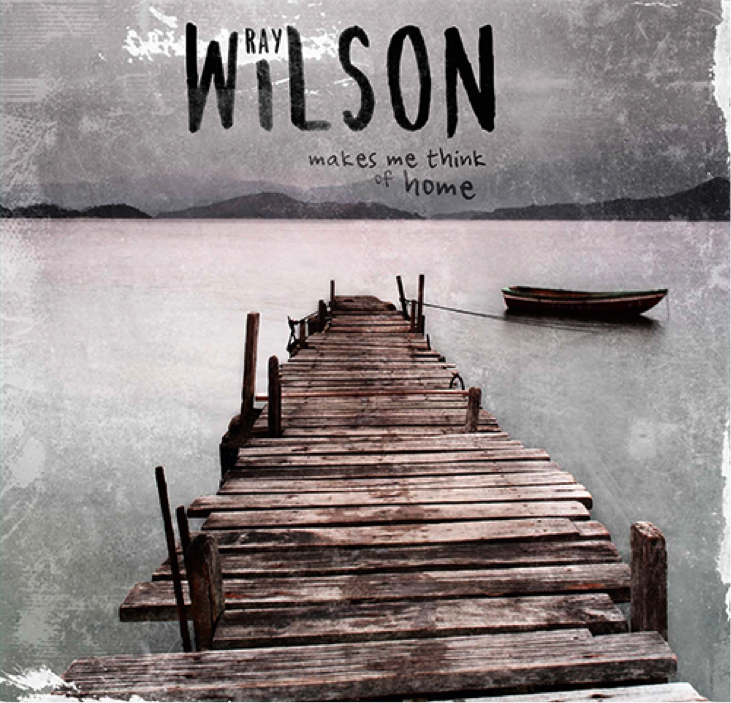 Review of the new Ray Wilson album, Makes Me Thing of Home

Ray Wilson has been very busy this year. Earlier this year he released an all acoustic album called ‘Songs For a Friend” and just 6 months later, comes the rock album ‘Makes Me Think of Home’. Over the years, his songwriting has continued to improve and with this album he really lets his incredible voice be heard in the best way it was intended. After years of creating albums with great music, Wilson might have finally written his best album, a collection of his most daring material with brilliant lyrics and melodies.

Throughout the 10 songs on ‘Home’, Wilson tells various stories of loss, redemption and just trying to live a fulfilling life. The opener is a song U2 wishes they could write these days, as Wilson asks “How much can you take, and how long can you wait, to be alive?” The songs starts off mid-tempo, but explodes into a intense rock track. On “Tennessee Mountain” Wilson returns to his acoustic roots for a country vibe which suits his voice brilliantly. “Worship the Sun” is a haunting ballad where Wilson promises “Forever and always, I’ll try”. Much of the mix of the album done in a manner to allow Wilson’s voice to fill the spaces and stand right up front and on tracks like “Sun” it works perfectly.

The centerpiece of the album is the title track. Here Wilson comes closest to his Prog side. At near 8 minutes, it is the longest track he has recorded in a while. The somber tone and tempo recalls recent Marillion material, in fact, you can picture what Steve Hogarth would sound like covering this song. The great contrast to this song is the following track, the sarcastic “Amen to That”. This is one of the album highlights and shows Wilson in a way he has never sounded before. In further contrast, “Don’t Wait For Me” sounds like a track that could have been left over from his sessions with Genesis. The album closes on two of the strongest tracks, the wonderful, melodic ballad “Calvin and Hobbes” and the western-inspired “The Spirit”

This is a varied and diverse collection of songs by one of the world’s great underrated songwriters and voices. Wilson has elevated his game this year, with 2 albums that showcase his immense talent. The stories told here are powerful and relatable, and the melodies undeniable. This is not loud, heavy or really all that Proggy, but simply for some great songs, this is absolutely an album worth checking out.

Released on Oct. 7th, 2016
Key Tracks: Never Should Have Sent You Roses, Calvin and Hobbes, Makes Me Think of Home

Makes Me Think of Home Tracklisting: