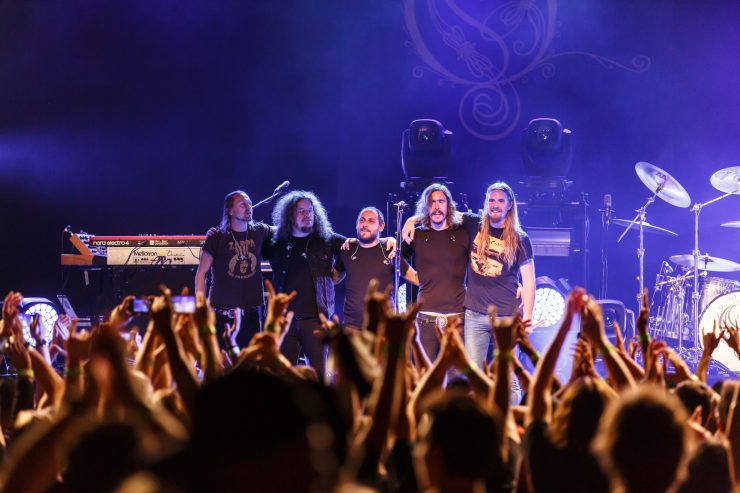 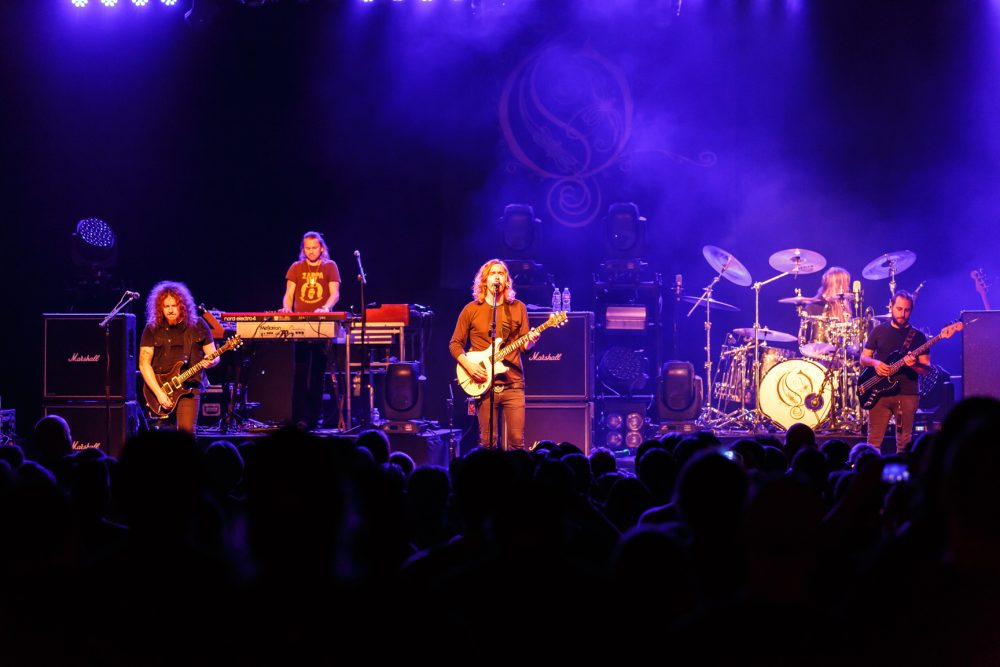 Opeth, the Swedish Progressive Metal band out of Stockholm, led by founding member and main architect Mikael Åkerfeldt, are back on tour, this time supporting their latest album Sorceress. As any fan would know, since starting out in 1989 as a Death Metal band, Mikael has expanded his musical repertoire and moved to a more Progressive style. Their latest album, Sorceress is a clear example of this, as the band continue to move farther from their earlier sound. This tour is a celebration of their new album with a mixture of some of their older fan favorite songs. The current band line up has been together since 2011 with Mikael Åkerfeldt on guitar and lead vocals, Martin Mendez on bass, Martin Axenrot on drums, Fredrik Åkesson on lead guitar and Joakim Svalberg on keyboards. 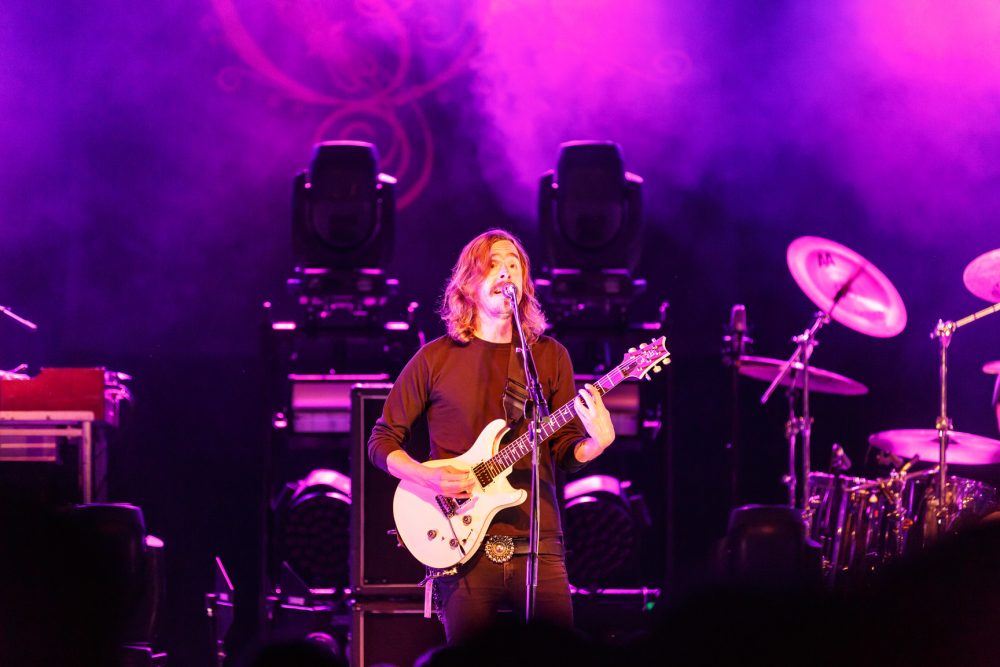 On Wednesday October 19th, their current North American tour brought Opeth to the Marquee Theater in Tempe Arizona. As is common for opening acts, the sound system was having issues. The bass was extremely overdriven and the vocals were almost non-existent. However, this seemed to get rectified once Opeth hit the stage. Mikael’s voice was perfectly clean and seemed to be balanced perfectly with the rest of the band. We had no problem hearing his guttural roars or his smooth clean vocals. Axenrot’s drumming and Mendez’s bass were perfectly in sync and provided the hard pounding beats. Because of the outstanding guitarist, you at times, forget about Joakim at the keyboards who provided the melody that held the songs together. And what can you say about Fredrik, his ability to switch between hard driving Death Metal riffs and then, seconds later, playing smooth laid back jazz/progressive cords. 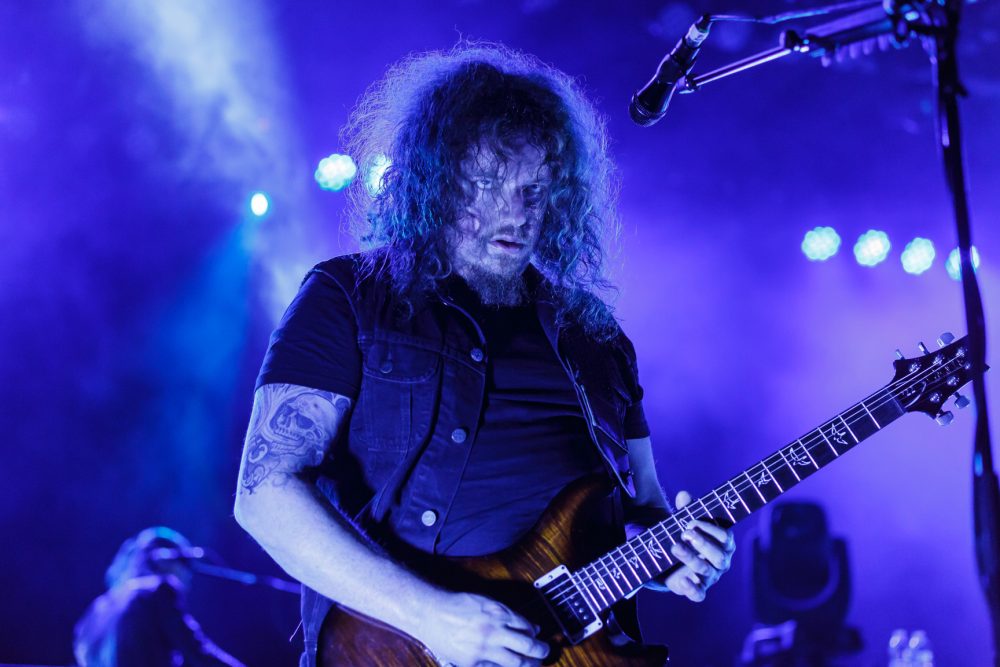 The show started with Martin, Martin and Joakim laying down the jazz fusion rhythm for the title track of their newest album, “Sorceress”. After a minute, Mikael and Fredrik came on stage and the song transitioned to a more heavy metal feel with pulsating cords from their guitars. It was amazing to watch as the band changed tempo multiple times during the song. They then went into “Ghost of Perdition” which has more of a Death Metal feel with its hammering rhythms and guttural roar. At this time the crowd had a good size mosh pit going and many in the crowd were head banging. The rest of the show switched between their newer Prog oriented songs and their older Death Metal songs. In any case, they all had the Heavy Metal flavor and the audience loved it. 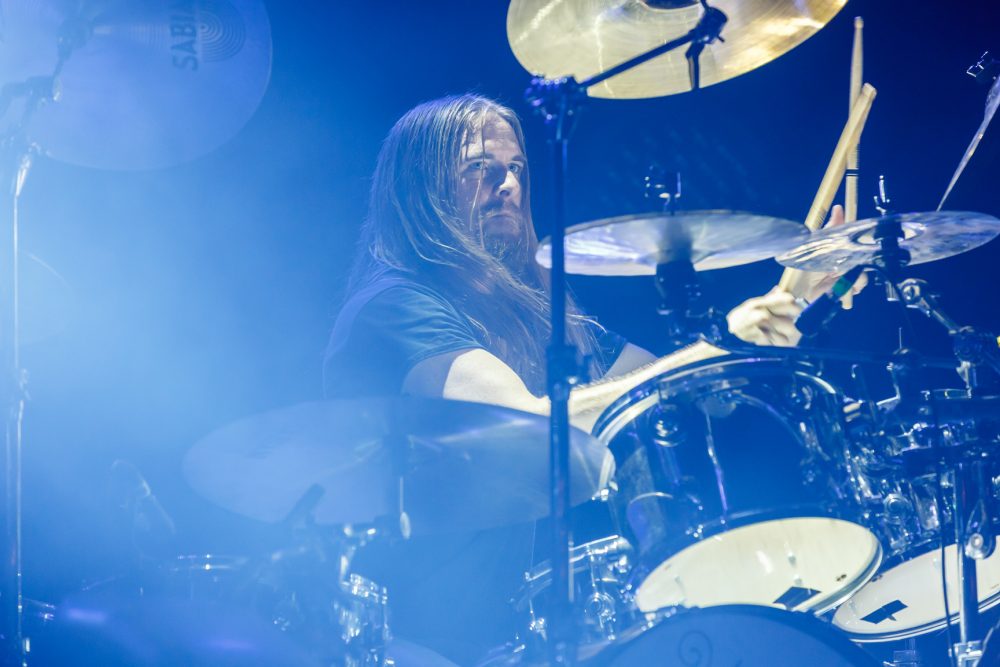 For their encore, they came back and played their heaviest song of the night, “Deliverance”. The song starts with Mikael’s death metal growls and both his and Fredrik’s heavy guitar riffs and then later switching to cleaner vocals and more rhythmic guitar cords. Throughout the song, the band switch between the two melodic styles. 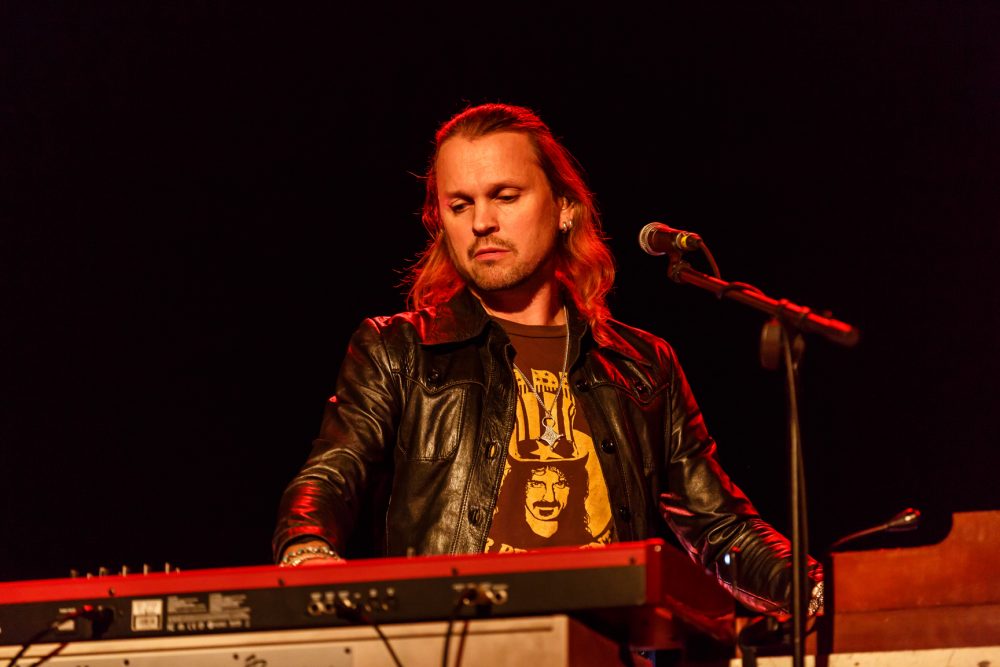 The Marquee is a small theater that holds about 2500 standing fans and is perfect for listening and viewing the performers. While they had a great stage light setup, the problem was all of the light on the stage only lit the band up from the back, so the band was silhouetted and the audience was lit. The only front lights used were a couple of dim yellow house spots that were used on the lead singer, Michael, between songs. Standing back at the soundboard it was hard to see any of the other band member’s faces during the entire show. During “Deliverance”, the stage strobe lights were pulsating with the Fredrik’s riffs and he was only silhouetted with back lights. Hopefully this show’s lighting was an anomaly and that at other venues they have improved spot lights. However, notwithstanding the lighting, the show was great. If you like Death Metal or Heavy Progressive Metal then Opeth is a band you really need to see. Their live shows exceed even their stellar studio albums.

In a recent interview with The Prog Report, Mikael talked about the new album, the tour and putting together a setlist. 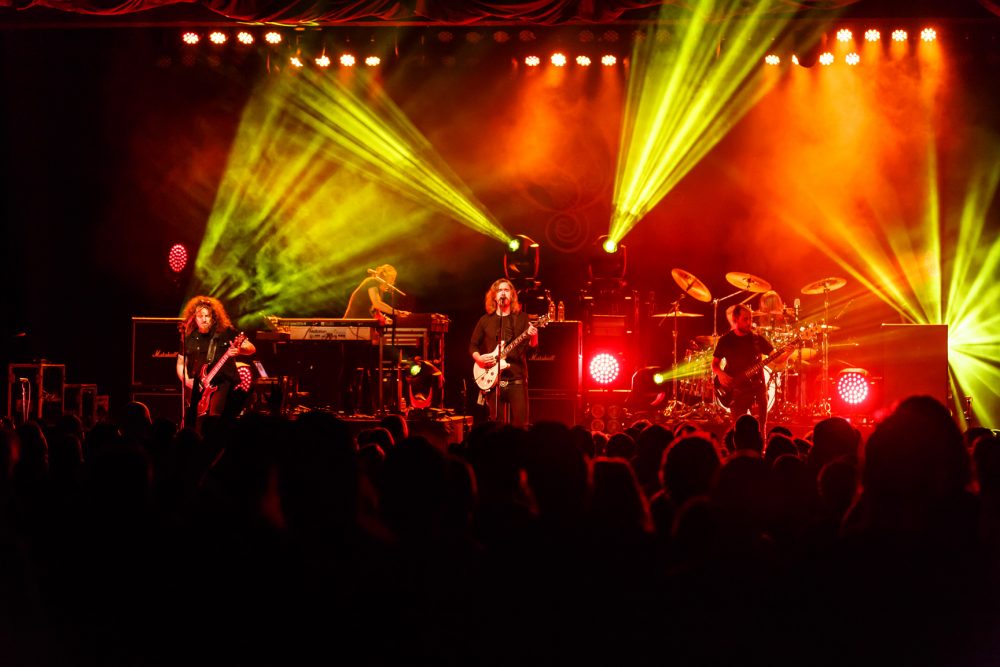