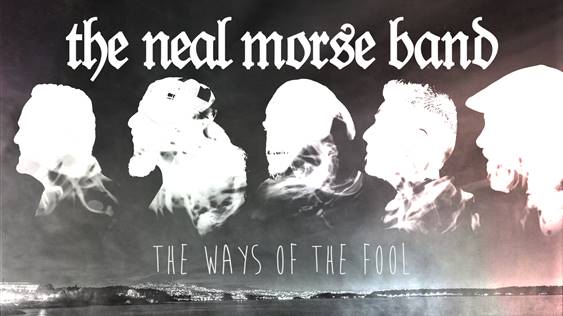 The new album ‘The Similitude of a Dream’ is due out on Nov. 11th on Radiant Records.

The Neal Morse Band are ever so close to releasing the highly anticipated new album ‘The Similitude of a Dream’ on Nov. 11th. Today, The Prog Report is pleased to premiere the lyric video for “The Ways of the Fool”, the 4th video to come from the new album. The track finds keyboard and multi-instrumentalist Bill Hubauer taking lead vocals for much of the Beatles-influenced song.

Neal had this to say about the song: “Bill had written a song several years ago about this foolish guy that put balloons on his lounge chair in Los Angeles, but it went too high and he wound up floating in the LAX air space and they had to get helicopters to bring him down.  We took some of those ideas and the basic structure of the song and adapted it to this album and made it about the conversation with the Worldly Wiseman.  It came out great. That whole instrumental section in the middle, that was another thing that Bill was toying around with and we expanded that. It wound up being a cool part of the album.”

Bill Hubauer also had to say this about getting to use the track: “Every song needs a home, but some songs are born into the world without one.  This is one of those songs.  I’ve had this song for a while and it never seemed to belong anywhere. We almost recorded it for ‘The Grand Experiment,’ but it seemed out of place.  I’m so thankful that we didn’t because it fits so perfectly into the story and style of ‘The Similitude of a Dream!’”

Read our review of the ‘The Similitude of a Dream’ here.

The album is available on RadiantRecords.com.

Catch the band on tour on these dates: