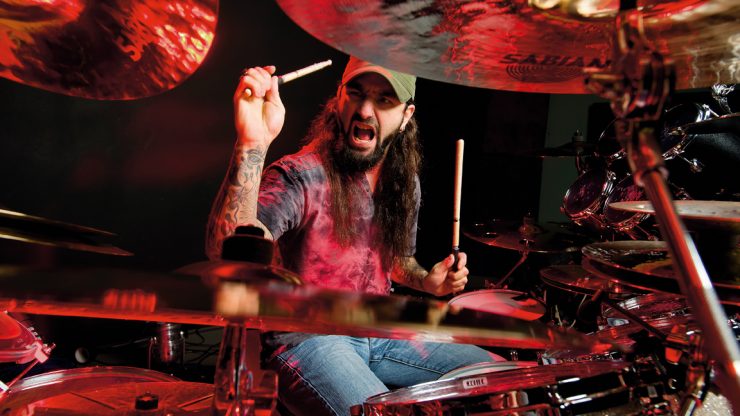 Few drummers, or musicians rather, have had such an impact on one genre as Mike Portnoy has had on Prog.  Since being a founding member of one of the most influential Prog Metal acts of all time, Dream Theater, he has also contributed to dozens of other albums, many of which are a a staple of any Prog fan’s library.  Whether he is playing on one of Neal Morse solo albums or working with another one of his supergroups, each release is as good as the last one, making this one of the more difficult lists we would ever put together.  But we decided to try it anyway.

A little behind the thought process:  We are sticking to Prog so that is why Winery Dogs or Avenged Sevenfold are not on here, although they deserve strong consideration.  We also thought it would be cool to include as many varied projects he was involved in, so that’s why only one Dream Theater album, etc.  We love them all but here is our list of the Top 5 Mike Portnoy albums (in no particular order).  Debate now!

Dream Theater – Metropolis 2: Scenes From A Memory (1999)– To pick one Dream Theater album is nearly impossible.  We could’ve chosen Images & Words for being the ground breaking album for the band, or Six Degress for its enormous undertaking. But it is Metropolis 2 that stands as the band’s best written album and features some Portnoy’s best performances including such classics as Fatal Tragedy and the incredible Dance of Eternity.

Transatlantic – Kaleidoscope (2014) – ‘Bridge Across Forever’ has the best Transatlantic song “Stranger In Your Soul” and ‘The Whirlwind’ as one piece of music is certainly incredible but we went with ‘Kaleidoscope’ because it is the perfect blend of everything the band does well, featuring 2 brilliant epics and 3 great shorter songs.

Neal Morse – Sola Scriptura (2007) – Some of Portnoy’s best music has been his work with Neal Morse.  The 2 together have produced some of the best Prog albums over the last decade.  While ‘One’ would be another album to hold up as the one many fans might pick but we went for ‘Sola Scriptura’ as it incredibly impressive both in songwriting and technicality with 3 epic tracks.

Flying Colors – Second Nature (2014) – The second Flying Colors album took the band to another level continuing their Pop/Prog blend and improving upon it with longer tracks and more elaborate performances.  It shows Portnoy’s ability to play within the music and find his spots.