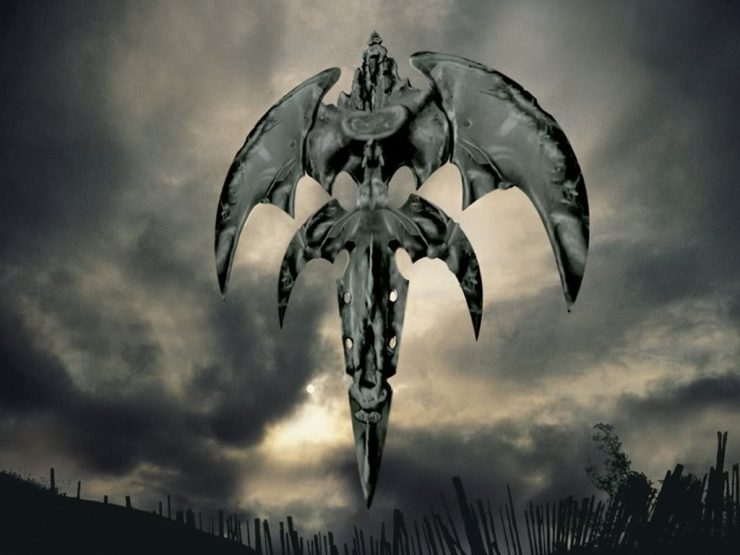 A look at the best Queensrÿche songs from the past 30 years.

Queensrÿche recently made a new track available from their upcoming album titled ‘Condition Human’ due out on October 2nd.  So why not go back an look at some of the group’s best tracks over their 30+ year career.

“Queen of the Reich” – The first song from their original EP, this song took the Metal world by storm with its double guitar attack and incredible vocals by newcomer Geoff Tate.  The band stopped playing it for years but now it is back as a live favorite.

“Take Hold of the Flame” From their first full album The Warning, this is the track that became their signature encore song even until this day.  It was a precursor to the more refined Queensrÿche sound that came years later.

“Screaming in Digital” Rage for Order was a more experimental album.  The band were never afraid to take risks and this song was a great example of that.  For many, it remains their favorite album.

“Eyes of a Stranger” This is probably the perfect Queensrÿche song.  It combines the metal sound from their earlier days and introduces more of a Progressive Pink Floyd-esque feel.  As the closer to their brilliant concept album, Operation:Mindcrime, it brought the band to the forefront of Prog Metal and setup was to be their most successful period.

“Silent Lucidity” No best Queensrÿche song list can leave out this classic ballad.  It was the perfect combination of Chris DeGarmo’s writing and Tate’s vocals.  It was unthinkable that this band could have a #1 hit but this song hit all the marks.