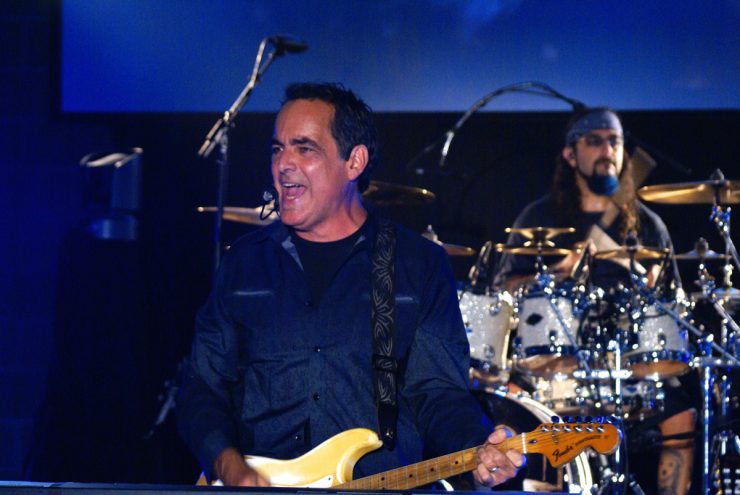 Last week, both Mike Portnoy and Neal Morse teased what might be a clue to the album cover and title of their next Neal Morse Band album due out on Nov 11th.  The two have worked together on more than a dozen studio albums through 4 various bands: Neal’s solo stuff, the Neal Morse Band, Transatlantic, and Flying Colors.  Seems like a good idea to look at some of the best work from what has become Prog’s most prolific partnership.

Transatlantic – Bridge Across Forever (2001) – The first partnership of Mike and Neal began with Transatlantic, a true Prog supergroup along with Roine Stolt of The Flower Kings and Pete Trewavas of Marillion.  Their first album in 2000, SMPTe, was outstanding but only scratched the surface of what the band was capable of.  With their follow-up just one year later, the produced a Prog classic with one of the best modern epics in “Stranger in your Soul” which still remains their encore song to this day.

Neal Morse – One (2004) – After releasing a biographical solo album with ‘Testimony’ in which Portnoy also played, Neal came out with a concept album that recaptured his later work with Spock’s Beard and even showed he had some new tricks. Songs like “Author of Confusion” allowed Portnoy to exert his influence on the music as well.

Neal Morse – Sola Scriptura (2007) – Vowing not to release another concept album, after 3 prior ones, Neal went with one more, the heavier, darker Sola Scriptura.  Featuring two 3o minute epics and one 17 minute track, the album is filled with chunky metal guitars, double bass drums and crazy guitar solos.  It is one of the favorites among the Neal fan base and is perhaps the most Dream Theater-like album, he and Mike have done together.

Transatlantic – Whirlwind (2009) – After a long extended hiatus, the supergroup returned with the magnificient 72 minutes ,one track album, The Whirlwind.  Well, it is split into 12 tracks, but it is intended to be one seamless song and it succeeds in being grand and over the top in every way.  A grand return by this foursome.

Flying Colors – Second Nature (2014) – The new supergroup with Steve Morse, Dave LaRue, and Casey McPherson, started out as more of a Pop-Prog outfit on the debut album.  With the follow up the band stretched their wings and explored longer, more elaborate tracks, while still retaining the more commercial and accessible sound of the debut.  The result is an refreshing sound, where tracks like “Open Up Your Eyes” and “Peaceful Harbor” allow singer Casey to really shine while the great musicianship among the 4 virtuosos still stands out.