Steven Wilson has been on a long extended world tour supporting his highly-successful album Hand.Cannot.Erase.  He is about to return to North America for a few more dates in a couple of months.  The last few years, Steven Wilson has cemented himself as a solo artist, largely on the strength of 2013’s The Raven that Refused to Sing’ and last year’s HCE.  While both albums are extremely popular among Prog fans and Wilson fans alike, some prefer one over the other.  Now’s your chance to say which one you like better. 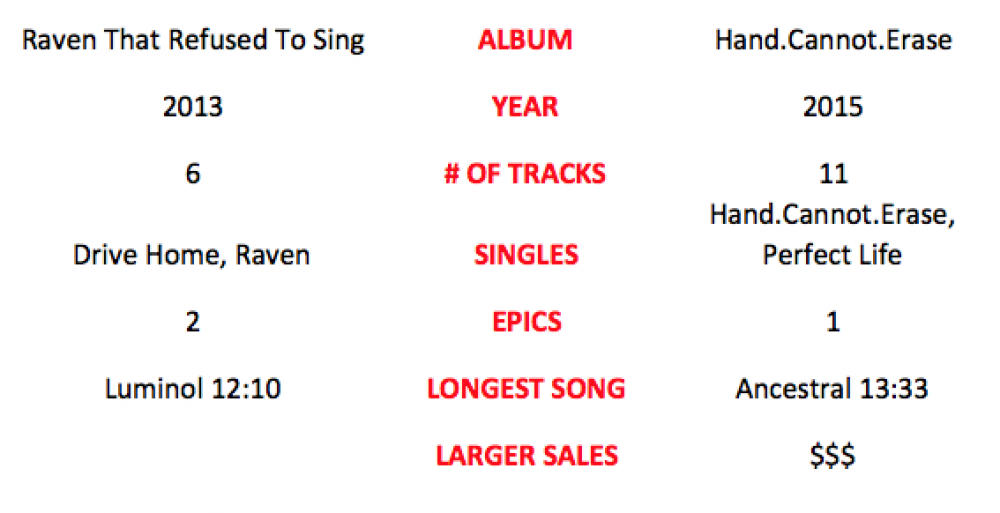