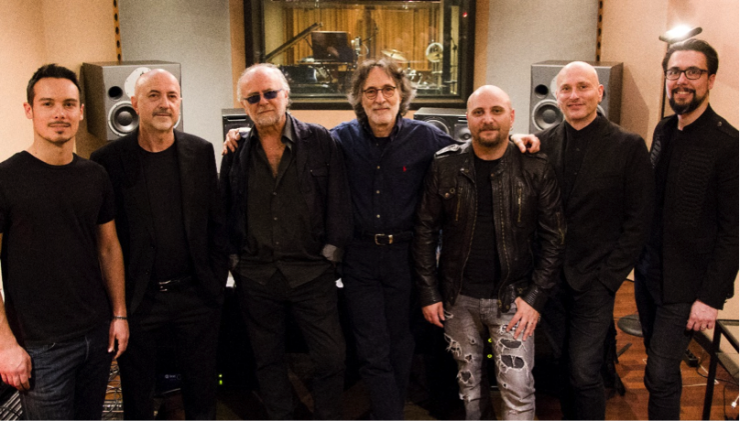 The worldwide release is currently planned for late October.

PFM (Premiata Forneria Marconi), the most famous Italian rock band in the world and InsideOutMusic are proud to announce their partnership to release the band’s upcoming albums worldwide!

PFM began writing their new opus, entitled ‘Emotional Tattoos’, in 2016, started recording in early 2017 and are about to finalize it in July! The worldwide release is currently planned for late October.

Drummer and singer Franz Di Cioccio commented: “We are delighted to be a part of the InsideOutMusic family! We have created a powerful record that will bring the sound and creative energy of PFM all over the world.”

Patrick Djivas, bass player and co-author of the music, added: “I am very excited to sign with such an important record company. I’m looking forward to the opportunity of playing our new songs for our audience all over the world.”

Thomas Waber, Label Manager and Head of A&R at InsideOutMusic says: “We are really excited to be working with this legendary Italian band. Their passion and fire still burns very bright!”

PFM is a very eclectic and exuberant musical group with a distinctive style that impressively combines rock, progressive, and classical music into one mesmerizing sonic entity. Formed in 1971, the band quickly gained a prominent place on the international scene by making it to the Billboard charts (for 1973’s ‘Photos Of Ghosts’), and winning a Gold record in Japan while constantly ruling the charts in their home country until today. Recently, PFM were honored with position #50 in the “UK Classic Rock Hall of Fame” of the 100 most important artists in the world.

‘Emotional Tattoos’, PFM’s new album, marks the return of the band’s trademark sound after two more experimental releases: “PFM in Classic, from Mozart to Celebration”, dedicated to leading European classical music composers; and ‘States of Imagination’, a journey of sound and images comprising eight short movies, each with a different theme and atmosphere.

‘Emotional Tattoos’ finds its inspiration in a compassionate and wide look at the predicament of our planet and humanity as well as on the relationship between music and dreaming. The album’s sound is energetic, imaginative and encompassing, inviting all listeners to really sink into its musical facets and stories. These are not just songs: these are emotional tattoos you can feel on your skin.