Premiata Forneria Marconi (PFM) announce new album ‘I Dreamed of Electric Sheep’; New single “If I Had Wings” out now 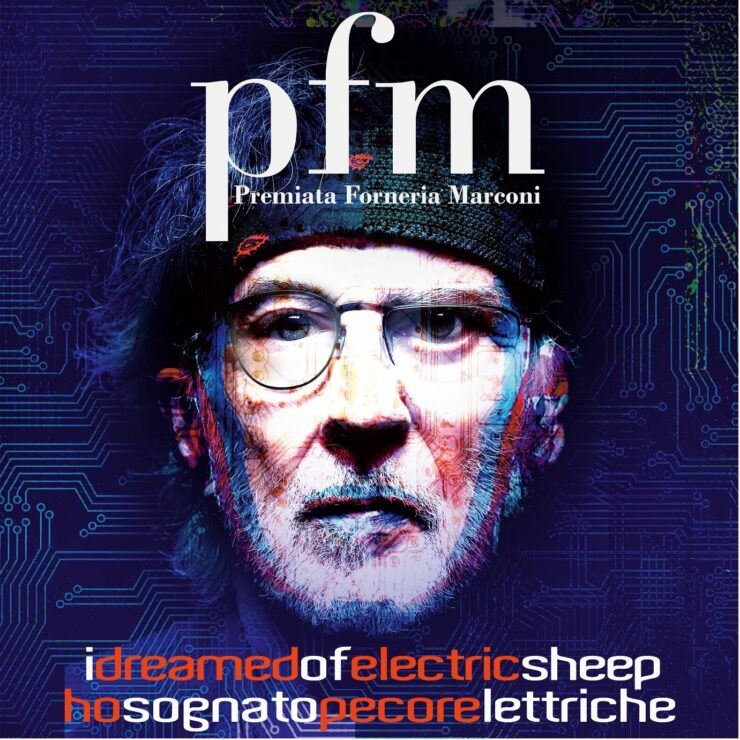 One the most influential and respected Italian rock bands in the world, Premiata Forneria Marconi (aka PFM) are back with a new studio album titled ‘I Dreamed of Electric Sheep’/’Ho Sognato Pecore Lettriche’. The album will be out on Oct. 22, 2021 on InsideOutMusic in both English and Italian versions.
The band is now proudly releasing the album’s first single “If I Had Wings”, which you can find here:
https://premiataforneriamarconi.lnk.to/IDreamedOfElectricSheep

“The whole process of creating a new piece of work is the result of a constant sharing of ideas and creativity. On this new album, Patrick and I act as the rhythm section, which works well because we really get along perfectly. One common thread between us is our great passion for Sci-Fi movies. In the past, we watched many of them together, one being the classic Blade Runner. One question in that movie really hit us: “Do androids dream of electric sheep?” It’s something that really made us think.

“The world has been changing around us; computers are taking over every aspect of our lives. Covid did a lot to accelerate this process. With people staying and working from home and kids taking virtual classes, not being able to go to school, it seems like everyone is rapidly becoming an android. Each one of us was kind of locked in himself and could not interact with others. The leading principle was avoiding social contact. This reminded us of one of Blade Runner’s main scenes when an android was asked about his mother. Obviously, being a machine, it could not have such a memory or personal experience on who its family was and where it came from.

“From this we developed the concept for this new album.

“We believe in the power of people to use their imaginations. This is what really makes the difference between human beings and androids. Being able to dream affects your life, your creativity, your thoughts”.

You can pre-order the album here now:
https://premiataforneriamarconi.lnk.to/IDreamedOfElectricSheep

PFM is a very eclectic and exuberant musical group with a distinctive style that impressively combines rock, progressive, and classical music into one mesmerizing sonic entity. Formed in 1971, the band quickly gained a prominent place on the international scene by making it to the Billboard charts (for 1973’s ‘Photos Of Ghosts’), and winning a Gold record in Japan while constantly ruling the charts in their home country until today. PFM were honored as #50 in the “UK Classic Rock Hall of Fame” of the 100 most important artists in the world. In 2017, PFM released the album ‘Emotional Tattoos’, their first with InsideOutMusic.