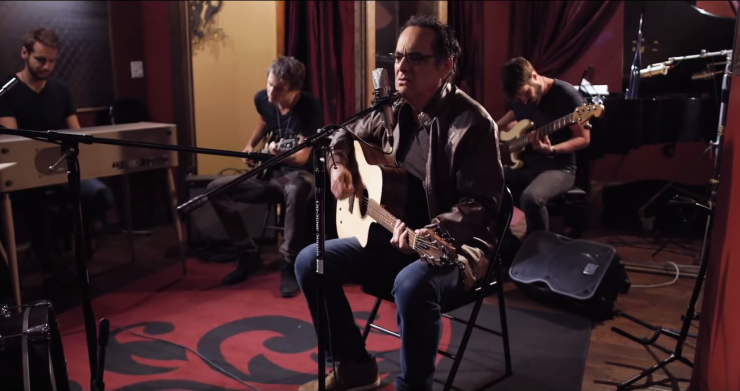 The Stephen Yake/Christian Rios-directed third video from the already critically acclaimed album, “JoAnna,” premiered exclusively on BigTakeover.com. The song is one of 12 slice-of-life portraits composed by MORSE, which focuses on his son dealing with the loss of a relationship.

“’JoAnna’ is a very special song to me,” explains NEAL MORSE. “It’s one of those rare times when everything spontaneously comes together…the string arrangement, the pedal steel guitar, the drums and bass so tastefully done. It’s one of the best tracks I’ve ever recorded in my opinion. So excited this album is coming out at this time!”

Morse also released a new song recently as a response to the terrible shooting in Parkland, FL. The song called “What if it was your child?” asks every parent to consider what might happen if nothing is done to stop the awful tragedies that have affected US cities in recent years.