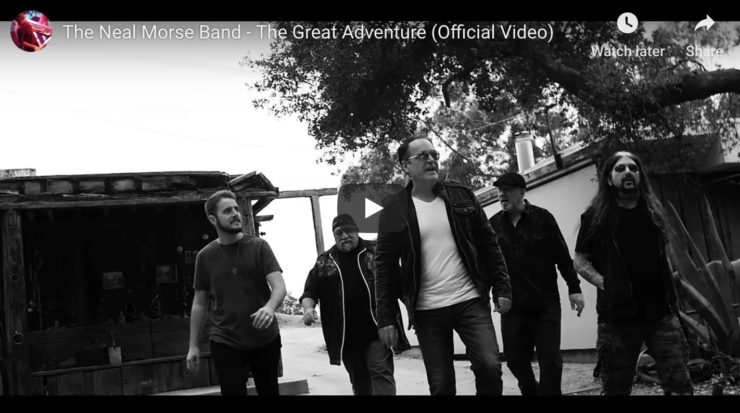 The Neal Morse Band are preparing to release their much-anticipated follow up to their last double concept album The Similitude of a Dream with the upcoming album The Great Adventure.  The album is due January 25th, 2019.  The album is available for pre-order here.

You can now see the latest video for the title track “The Great Adventure” from the album.

The Great Adventure has everything that fans would expect from a Neal Morse Band album, and more: rock, metal, classical and jazz elements appear throughout, as well as some killer melodies, all played faultlessly by some of the greatest rock musicians on the planet. Says Morse, “This band continues to amaze me! I have to say it was a little daunting to follow up The Similitude of a Dream, as it was such a special album and it delivered every night at our concerts. But The Great Adventure is everything that I hoped it would be! I listened through it yesterday and I was in tears at the end!”