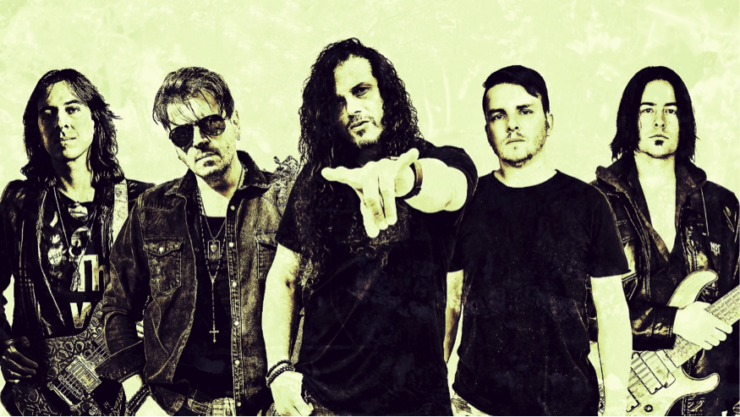 A new album by SOTO is currently being worked on.

Jeff Scott Soto checked in with the following comment about the signing:“I am proud to have SOTO working with the great InsideOutMusic & their partners at Century Media Records and Sony Music. Having seen what we did together with Sons Of Apollo, I am thrilled to see what we’ll do to further my own vanity band SOTO into the future. It‘s a very exciting time in our lives and career!”.

SOTO started in 2015 derived from the ideal of Jeff Scott Soto wanting to return to his heavier roots. So far they released 2 albums, “Inside The Vertigo“ (2015) and “DIVAK“ (2016), taking a short break while Jeff embarked on the supergroup Sons Of Apollo, alongside Mike Portnoy, Derek Sherinian, Billy Sheehan and Bumblefoot.

Now SOTO are returning under the same umbrella as Sons Of Apollo, signing with InsideOutMusic. A new album is currently being worked on and its material will continue to expand and move the band towards new heights whilst following up with their brand of Power Rock.

SOTO also recently announced the newest member of the band, bassist Tony Dickinson, who coincidentally replaced the late David Z in the Trans-Siberian Orchestra. Jeff explains, “It was the one, and only natural choice for us after losing our brother David in a horrific accident in 2017. Tony wrote, and played on two Singles for the first two SOTO albums, “The Fall“ and “FreakShow“. He is phenomenally talented, and a great friend. He’ll fit right in with us and I cannot wait to showcase more of his contributions as we move the band forward!”.

SOTO, which includes other members Jorge Salan (guitar), Edu Cominato (drums) and BJ (keys/guitar), will be touring throughout 2019 following the release of the still untitled new album as well as its corresponding singles and video clips.

Here are the next dates announced for SOTO in 2019: