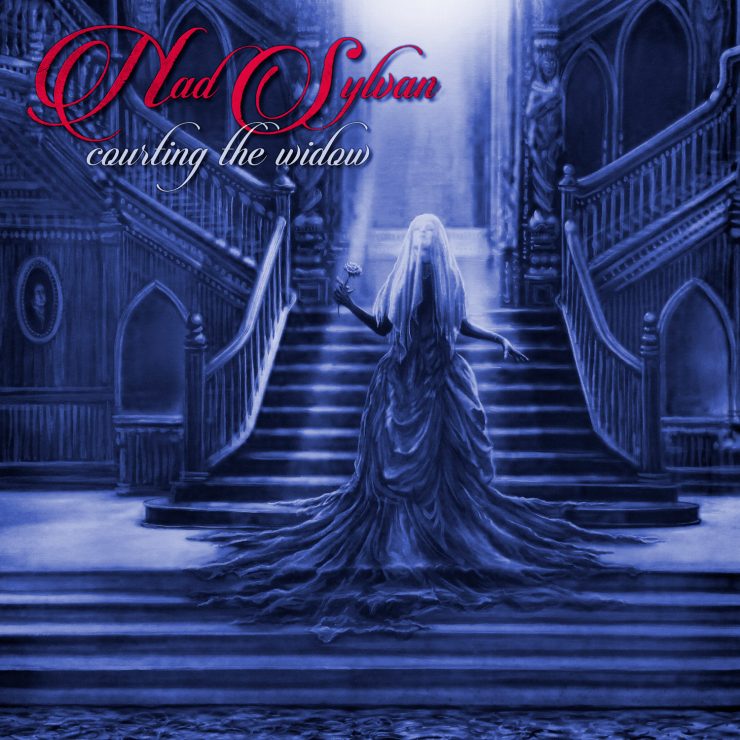 Review of the Nad Sylvan album Courting the Widow out on Oct 30th in the US on InsideOut Music.

Over the last 3-4 years, Steve Hackett has been touring the globe with his Genesis Revisited project, recreating the classic Genesis songs from the 70’s with his stellar band.  At the front, handling the immense challenge of taking on Peter Gabriel’s nearly psychotic vocals arrangements, has been Nad Sylvan.  The former Agents of Mercy vocalist has been hanging around the Prog community for years but it seems he is finally ready to take center stage on his own with his solo release titled ‘Courting the Widow’.  The album bares a uncompromising resemblance to that classic 70’s era Genesis, but with Sylvan’s unique vocals and updated musical elements, the album comes across as an album long time Genesis and Prog fans will find they have been waiting for. While this could be a negative in some cases, the results here are quite spectacular and make for a great listening experience.

The album kicks off with the uptempo “Carry Me Home,” a track that could easily find a home on Selling England by the Pound. The song features the prerequisite changes and dives into a slower grand ending, which is more than appropriate.  Sylvan has an almost weathered storytelling quality to his voice, at times running through lyrics quickly and at other times being overly deliberate with his delivery.  This gives the songs an added element that otherwise would be sorely missed here.

The second track, the title track, starts off in a somber tone with a haunting piano refrain, but quickly kicks into a great memorable chorus.  There are some signature Tony Bank’s style keyboard sounds throughout, again not shying away from the singer’s influences.  There are 2 long tracks, the 9:40 “Echoes of Ekwabet”  and the 22 minute epic ‘To Turn the Other Side.”  “Echoes” is a piano based track that evolves into a heavier, mid tempo track and features some creative moog work in the middle.  “Other Side” is easily the most progressive song with tons of solo sections, keyboard interludes, drum fills and more.  Sylvan threw everything he could into this one, even some bits that sound like “Supper’s Ready.”

The second half of the album is actually less like Genesis and where Sylvan finds his own voice with fantastic results, with the exception of “Ship’s Cat” which is a tad out of place in this collection.  However, the highlight on the album is the closing track, “Long Slow Crash Landing.”  The main melody, played by a distant horn in the beginning, is brilliant and is only elevated with Steve Hackett’s interpretation as the song builds.  Hackett’s guitar soloing here is masterful and tasteful in a manner only he is capable of producing.  There are some other stellar musicians on the album as well, such as Nick D’Virgilio on drums and Nick Beggs on bass.

Nad Sylvan should finally be recognized as one of the best voices in Prog with this album, which showcases not only his incredible vocals but his impressive songwriting as well.  All in all, this is a surprisingly enjoyable collection of songs driven from an era long gone, but when done right, is still as great as ever.

Released on Oct 30th in the US on InsideOut Music

1.Carry Me Home
2.Courting The Widow
3.Echoes Of Ekwabet
4.To Turn The Other Side
5.Ship’s Cat
6.The Killing Of The Calm
7.Where The Martyr Carved His Name
8.Long Slow Crash Landing