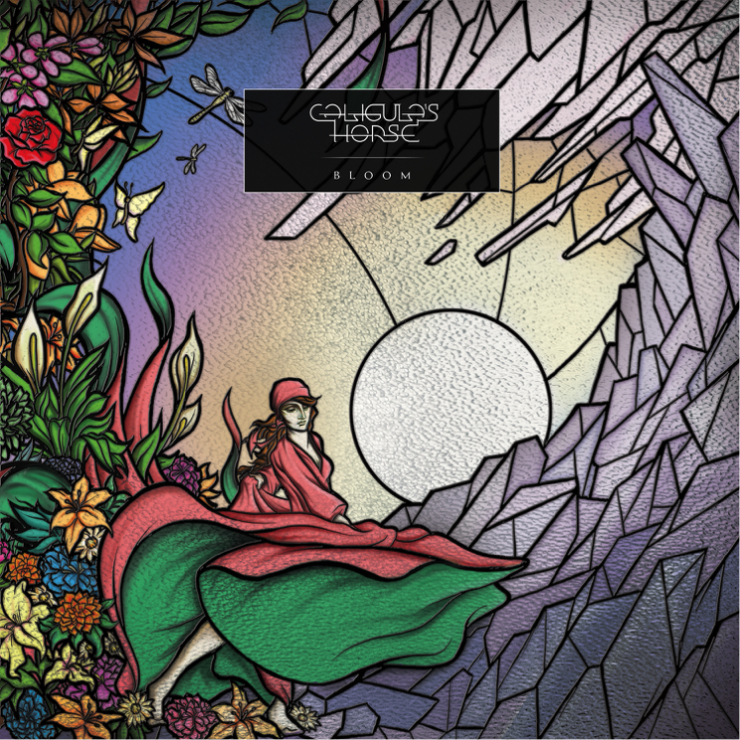 Progressive rock has become a mix of many sub-genres, the traditional Prog band, Prog metal, Prog alternative, Pop/Prog, and the list goes on.  Then there is Caligula’s Horse, which are seemingly a mix of all those on their new album Bloom.  The Australian group has built a loyal following since forming in 2011 by Sam Vallen and Jim Grey.  In just a few shorts years, the band has gone from a cult following to ready to explode with their signing to InsideOut Music earlier this year.   On Bloom, they showcase their maturing songwriting, arena-style choruses and speaker-shattering production.

The album opens with the title-track, unexpectedly leading with just an acoustic guitar rather than a manic guitar riff.  However, the explosion comes shortly after the vocals kick in.  The song is a nice opening but is really just an intro to the massively produced “Marigold.”  There has not been a louder, better produced track this year.  The guitars are perfectly mixed along side the ferocious drum sound.  This should make for a fantastic live, head-banging experience.

Showing they are more than your everyday metal band, CH dive into the main single on the album, the poppy “Firelight.”  Vocalist Jim Grey really shines here and the space created in the verses really allow the focus to remain on the vocals.  The songwriting here is original as well, as the song does not simply follow the standard procedures rather managing to sneak in a few surprises.  The epic “Dragonfly” mixes in some bombastic orchestral elements and even some falsetto vocals for a more alternative sound, again showing a different side to the band only 4 songs into the album.

“Turntail” is another noteworthy track with some interesting guitar work during the acoustic verses.  The song weaves between softer and intense with creative syncopation at points between the guitars and drums.  Guitarist Zac Greensill’s solo here is a standout moment.  Drummer Geoff Irish and the rest of the rhythm section of Dave Couper on bass and Sam Vallen on guitar are all at the top of their game throughout the album.  The album closes with the acoustic “Undergrowth”, a nice soft conclusion to a very intense album.

Caligula’s Horse demand attention with Bloom.  This is an album that combines the perfect elements of voice, melody and production and without any filler.  Not all bands that are Hard Rock, Prog, Metal or whatever you want to call them these days are worth writing about.  This band is not one of those.