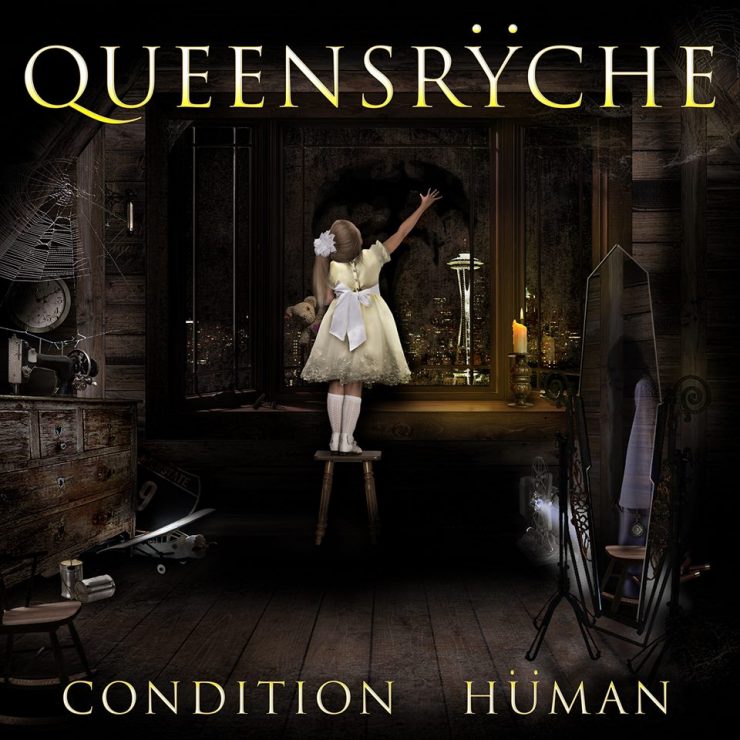 When Queensryche released their last album in 2013, it marked a welcome return to the band’s classic sound.  Fans and critics were understandably excited as it signaled the return of the band that many of them had grown to love many years ago.  With that said, the ‘Queensryche’ album, while better than anything they had done in the last 15 years, still left fans wanting more: longer songs, more solos, better production.  Any issues have been addressed, and then some, with the new album ‘Condition Human.’  The band have now made a complete and undeniable return and are ready to reclaim their spot as one of the best Prog metal bands around.

It’s hard to put a finger on what makes a great Queensryche song.  You know it when you hear it.  With the opening guitar of “Arrow of Time” you immediately get the sense this is going to be one of those. While the overall energy and drive in the song is powerful, it is the initial drum sound on the fill that makes you quiver with excitement.  Where has this sound been?  One of the staples of the Queensryche sound had always been the drums, but as far back as Promised Land, the group haven’t been able to replicate that great Rockenfield drum sound, until now.  Rockenfield’s playing feels rejuvenated as well as he brings back his unique drum fills and cymbal play as well as some double bass.

The next track “Guardian” feels straight from ‘Rage For Order.’  Todd La Torre, has long been described as a carbon copy of Geoff Tate, but on this album he definitely finds his own voice within what this music requires.  His singing is as powerful on this album as any vocals have been on a Queensryche record.  With “Guardian,” he demands your attention.  The next track, “Hellfire” has an ‘Operation:Mindcrime’ vibe to it with the verses while the band’s vocal harmonies bring added flair to the choruses.  This is a classic Queensryche song in every way.

Much of the album is a Prog Metal masterclass, with the band bringing back all the signature elements of their own design, yet they find ways to make this all sound fresh.  A good example of this is the track “Eye9” which might be a very new style of Queensryche song.  The song is a bit slower and methodical and also features on the album’s best choruses.

The band finally bring back the power ballad with “Bulletproof” and “Just Us.”  The former is a bit more arena rock ballad while the other is something that might have fit on the ‘Promised Land’ album.  Both of these songs represent some of the dynamic and emotional moments that were missing from the band’s last album.

While most of the album is stellar enough, it is the last song that is the ultimate payoff.  As long as I can remember, the closing a song on a Queensryche album has been the epic masterpiece, dating back to “Roads to Madness” all the way through “Right Side of My Mind.”  You can add “Condition Human” to the list, as this song is every bit as classic as those.  It kicks off with the Ryche clean tone before hitting the epic chorus and then jumping into some heavy riffage.  Michael Wilton’s solo here is breathtaking and played the way only he can.  The whole band are in top form here, especially in the killer ending.  Let’s hope they add this to the live set.

Queensryche have always been a band with a special sound and history, which is why fans have continued to stick with the band through any phase and era.  To have an album this good that elevates the band’s history and carries it forward, is a deserved achievement.  Fans both old and new will enjoy this album on many levels.  A big thank you goes to the band for recreating what all of us Queensryche fans have been longing for.