The Mute Gods – Tardigrades Will Inherit the Earth (Album Review) 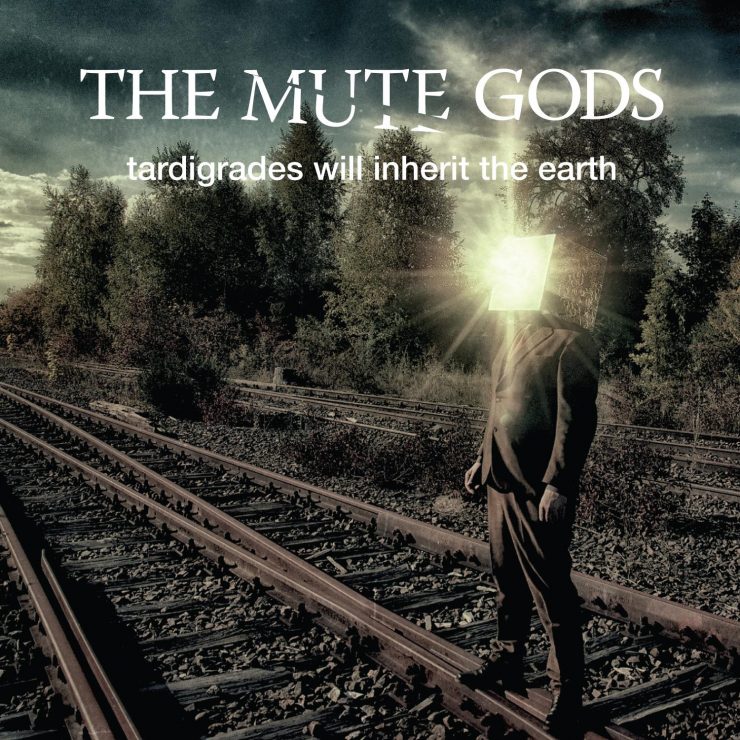 Review of The Mute Gods album, ‘Tardigrades Will Inherit the Earth’

The Mute Gods return barely more than a year since their debut album took the Prog world by surprise.  Looking back, of course, it should not have been such a shock that it was a great debut album considering the members involved.  However, few knew Nick Beggs had this sort of writing in him.  Now full of confidence as a frontman and main songwriter, Beggs brings back his fellow MG’s Roger King and Marco Minnemann for an even stronger set of new material.

While still on the road with Steven Wilson, Beggs found time to write and record this new album which is largely set against the backdrop of turmoil throughout the world.  Beggs speaks his mind on a number of matters from animal rights on “Animal Army” to standing up against corrupt politicians in “We Can’t Carry On”, or on the title track singing about the survival traits of microorganisms that will outlive us all.  Musically, there is not much here in terms of technical showing off or intricate instrumental moments, but Beggs has never really been about that, despite being one of the world’s most skilled bassists and Chapman stick players.  However, the band do sound tighter throughout, playing within the songs and accenting when the moments are available.

The early moments of the album are hard-hitting and aggressive.  “The Dumbing of the Stupid”, brilliant by the title alone, is one of the album’s best tracks.  Minnemann drives the song with his rapid-fire approach, while the production especially in the chorus is explosive and powerful.  Here Beggs rails against reality TV and its effects on society.   On “Early Warning” we find the Beggs channeling his inner Steven Wilson with the haunting melody and harmonies setting the tone.

The title track “tardigrades will inherit the earth” is probably the album’s best track as well.  The uptempo nature and main repeating riff already make this engaging, but it is Beggs’ vocal delivery that completes the song.  Plus, somehow he found a way to make the words “tardigrades will inherit the earth” totally singable so that as you walk around singing this song, you will look completely insane.  With a hint of 80s synth-pop influence, this should be a hit single.  “Window Onto the Sun” is another memorable track where you can hear a bit of Tears for Fears.  The album’s longest track is the exotic “The Singing Fish of Batticaloa”. It is also probably the most proggy song on the album clocking in at 8:25.  Everything works here, from the gorgeous piano in the verse to the hook-laden chorus.  The album then closes on the beautiful ballad “Stranger Than Fiction” which is a nice contrast to the angry nature of much of the album.

The Mute Gods have proven to be one of the new bands to be reckoned with.  The lineup is solid and the songs keep getting better.  This is one of the first albums this year to make a mark.  Once it sinks in after a few listens, you will be walking around singing “tardigrades will inherit the earth” with people looking at you weird, which is probably what Nick Beggs wants anyway.

Key track: Tardigrades Will Inherit the Earth, The Singing Fish Of Batticaloa