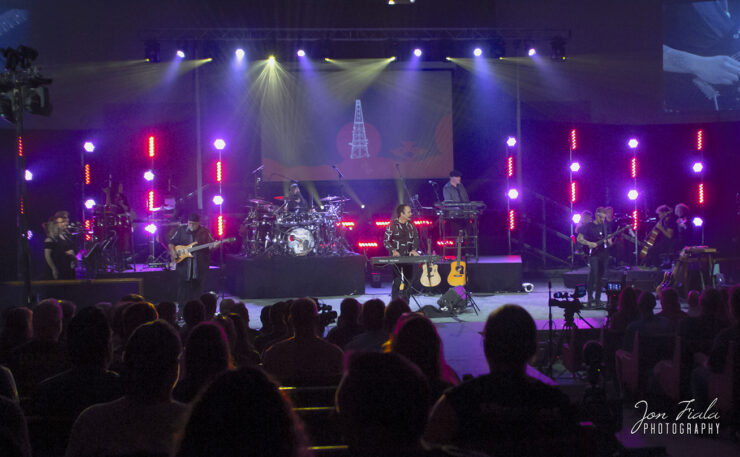 Review of Morsefest 2021 – A Weekend of Innocence & Danger

The highly anticipated Morsefest 2021 was held on October 8-9 in Cross Plains, Tennessee. The eighth installment in the long-running annual festival featured two nights with the Neal Morse Band, consisting of Neal Morse, Randy George, Eric Gillette, Bill Hubauer, and Mike Portnoy. The theme was Innocence and Danger, inspired by the title and structure of the band’s new album. Like the album, the band put together a set of shorter songs for Friday (Innocence) and a set of epics for Saturday (Danger).

In the Friday ‘Innocence’ set, the band thrilled their fans with live debuts of most of the songs from the first half of the new album, with some surprises thrown into the set, such as Spock’s Beard’s “Revelation” and “The Way Home” from Lifeline. During a four-song acoustic segment, the band came to the front of the stage and showed off their versatility and vocal harmonies. Another highlight of the set was the encore, a 30-minute suite of songs from “The Similitude of a Dream” and “The Great Adventure” that provided a satisfying answer to the question of how the band would work material from those concept albums into their live shows. 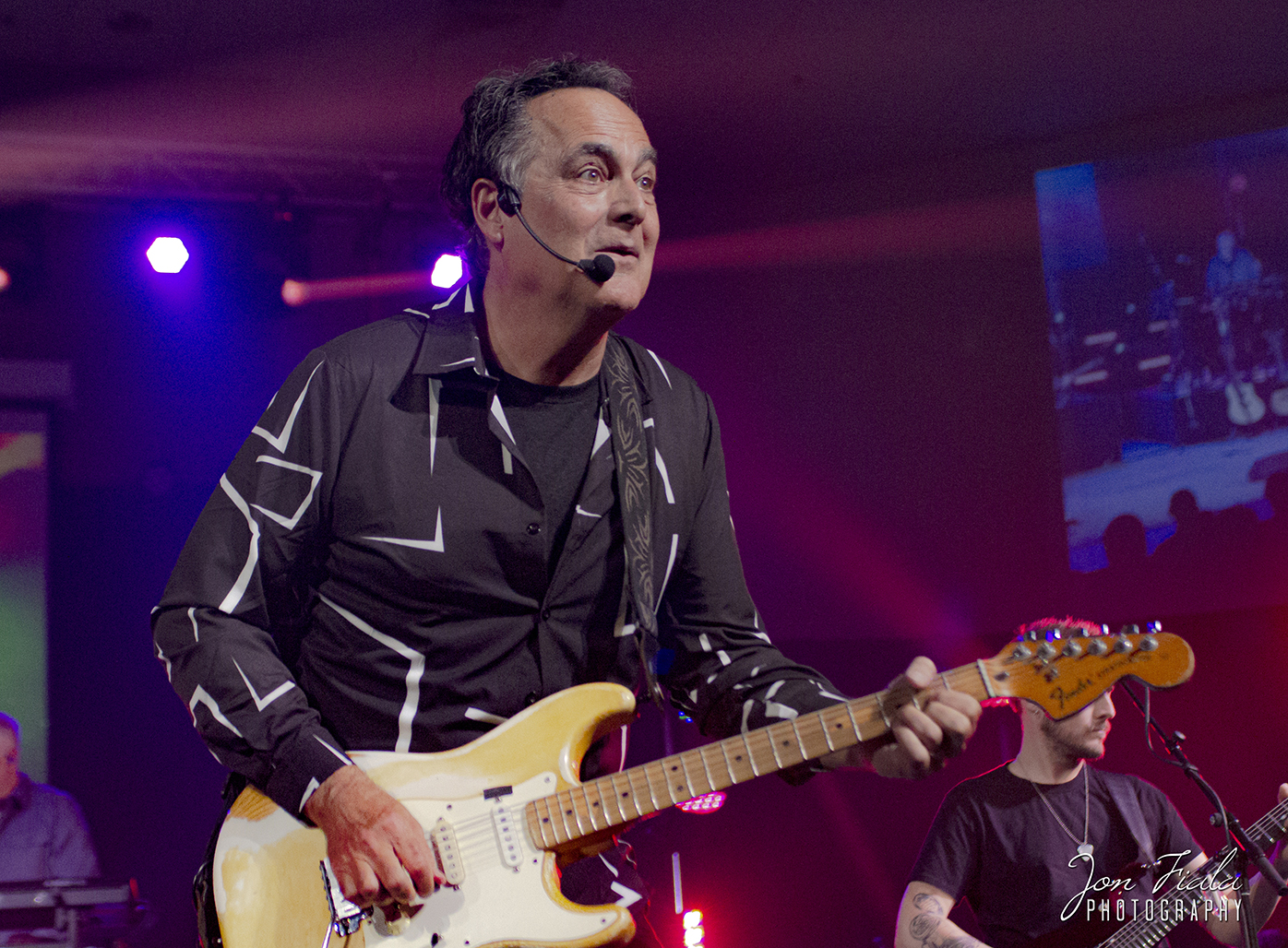 Saturday’s ‘Danger’ show was truly epic, with six songs running nearly three hours. In addition to astonishing performances of “Not Afraid, Pt. 2” and “Beyond The Years” from the new album, the band surprised fans with Spock’s Beard’s “Flow,” and “World Without End” from Momentum. The band finished off with an encore of “Alive Again,” bringing the switcheroo back to Morsefest, with band members rotating through each other’s instruments. My personal favorite song from this night was “Flow.” Hearing it brought me back to my start with Neal’s music and raised goosebumps on my arms. However, the centerpiece of the night was “Beyond The Years. It was a brilliant performance of a that piece and shows that these songwriting musicians are at the top of their game, making their best work right now.

The Morsefest format allows the band to expand their arrangements with extra parts and players and this year included additional percussion, female vocals, and a string quartet. Philip Martin’s percussion added some great elements, including gong and tympani. The extra vocals by April Zachary, Amy Pippin, Julie Harrison, and Debbie Bresee were especially impactful on “Bridge Over Troubled Water” on Friday, and the live strings especially shone on “Beyond The Years.” The strings, led by Gideon Klein with Josee Weigand, Jacob Tudor, and Carl Larson, were well-practiced and sounded amazing with the band. Beyond The Years finished the main set on Saturday with an extended string outro. While many people thought their discs were defective when the music ended abruptly (by design, of course), the string quartet was most definitely on point! 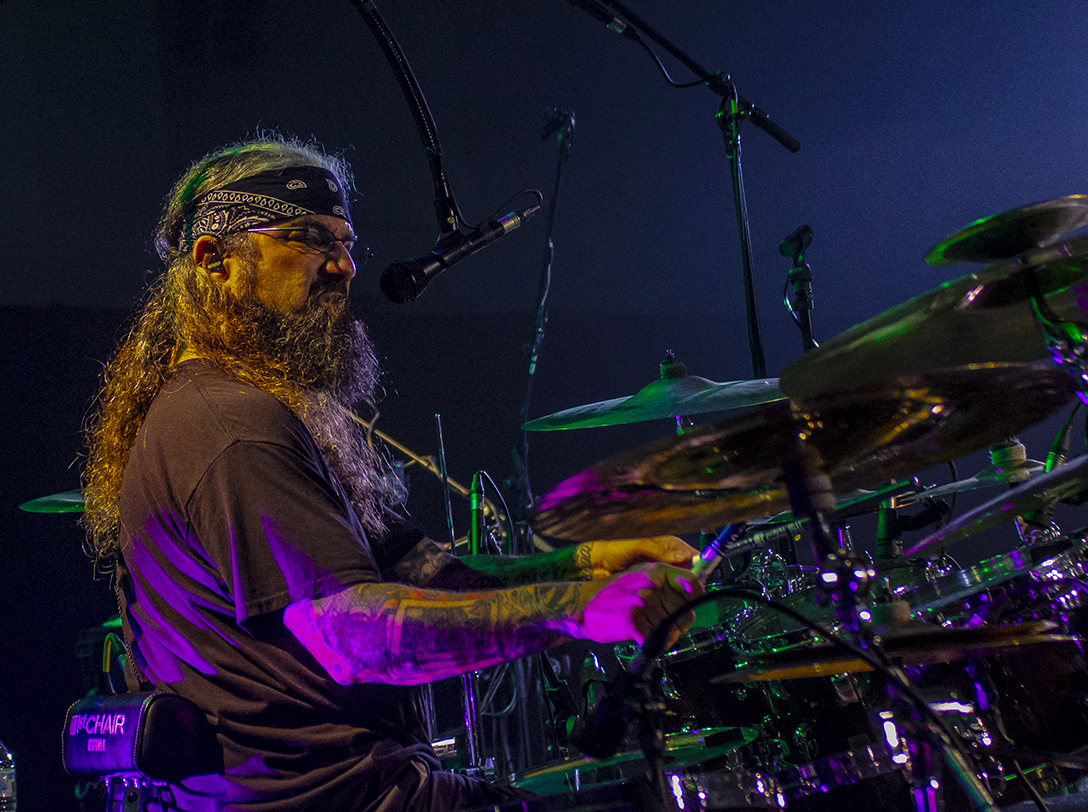 In addition to the main shows, Morsefest offers a few other events as well, such as a special concert for members of Neal’s Inner Circle fan club, and exclusive events for VIP ticketholders. The Inner Circle set is meant to be a relaxed, less produced set than the main shows. It’s a special treat for those who support Neal through the Inner Circle and is a chance to hear some of Neal’s more singer-songwriter-oriented songs. This year’s show comprised songs from Neal’s first two solo albums, the eponymous Neal Morse, and It’s Not Too Late, along with a few covers. Neal was backed by Randy George, Bill Hubauer, Philip Martin, Wil Morse, and Julie Harrison. My personal favorite from this set was “Emma,” and the set was a splendid way to start the day.

As with Morsefest 2020, due to COVID-19-related travel restrictions, the band presented this year’s event in a virtual format, alongside limited in-person attendance. Virtual attendees could join together to stream premieres of the Innocence, Danger, and Inner Circle shows, could chat with each other during the premieres, and could re-watch the streams later. Virtual VIPs could remotely join the on-site VIP sessions via Zoom and participate in trivia games and Q&A with the band, which were a lot of fun. 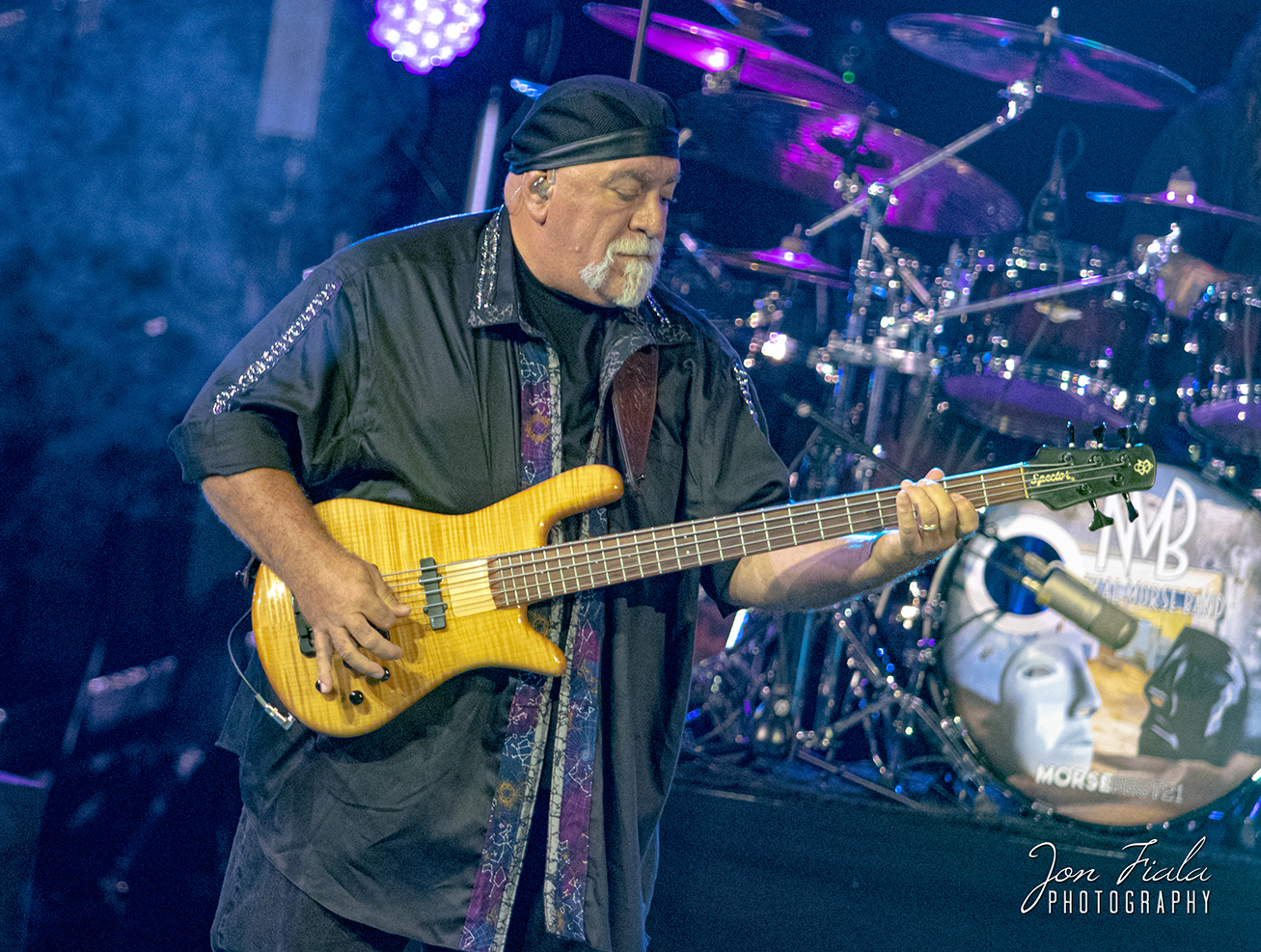 With respect to the streaming experience, the production team stuck with a similar formula to 2020 with some focused improvements to the process and quality. Virtual viewers were excited to see the show and enjoyed chatting with each other as they watched the shows. The team overseeing the streaming of the event did a truly outstanding job and their commitment to putting on an uncompromising event for virtual attendees can not be overstated. As with last year’s event, the virtual experience was a great success, and allowed the band to bring a high-quality event to many fans who could not attend in person.

During the virtual premieres of the Friday and Saturday night shows, in-person VIP’s were treated to some entertaining commentary of the stream by the band members, which provided the ultimate experience for watching the shows again for those in attendance. 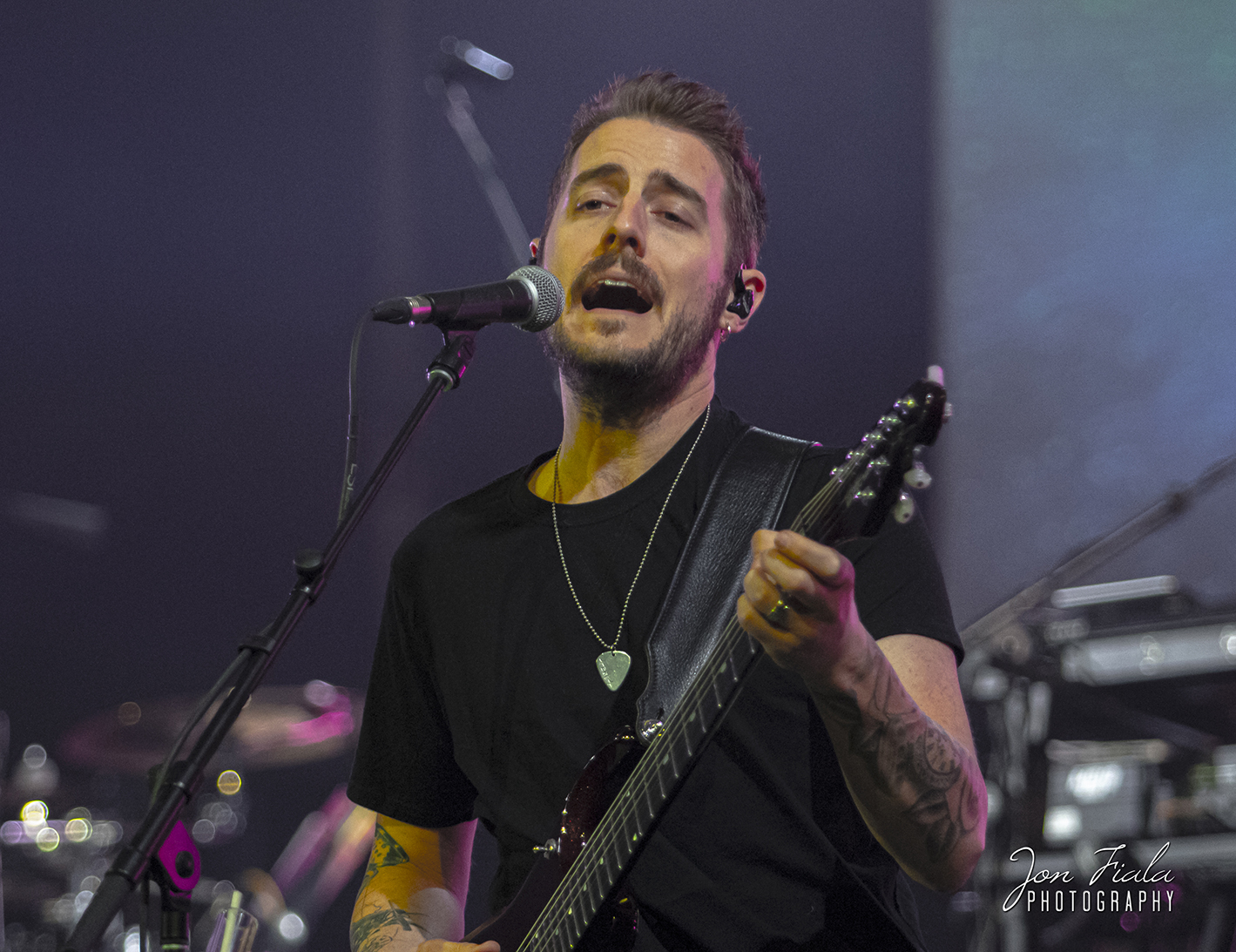 Of course, while I’ve told you everything that happened at the event, there is more to Morsefest than that. You see, Morsefest is all about community; attendees are a big prog family. Being at Morsefest is an opportunity to see old friends and make new ones. The Hampton Inn, Cracker Barrel, and Waffle House in White House, TN become prog central for the weekend, and fans (and often band members and their families!) gather to chat well into the night. The reunion for those of us who could make it was especially sweet this year after so many events have been cancelled and events put on hold over the past year and a half.

I have to give a special acknowledgement to the team that puts on this event. With Amy and Joey Pippin and their lovely family leading the way, the team that assembles to do everything – load-in, lighting, sound, cooking, video, merch, ticket-taking, streaming, clean-up, and general errand running – perform their role because they believe in Neal, his music, and his message. The team delivers an astonishing world-class event year after year, and they do it with love. 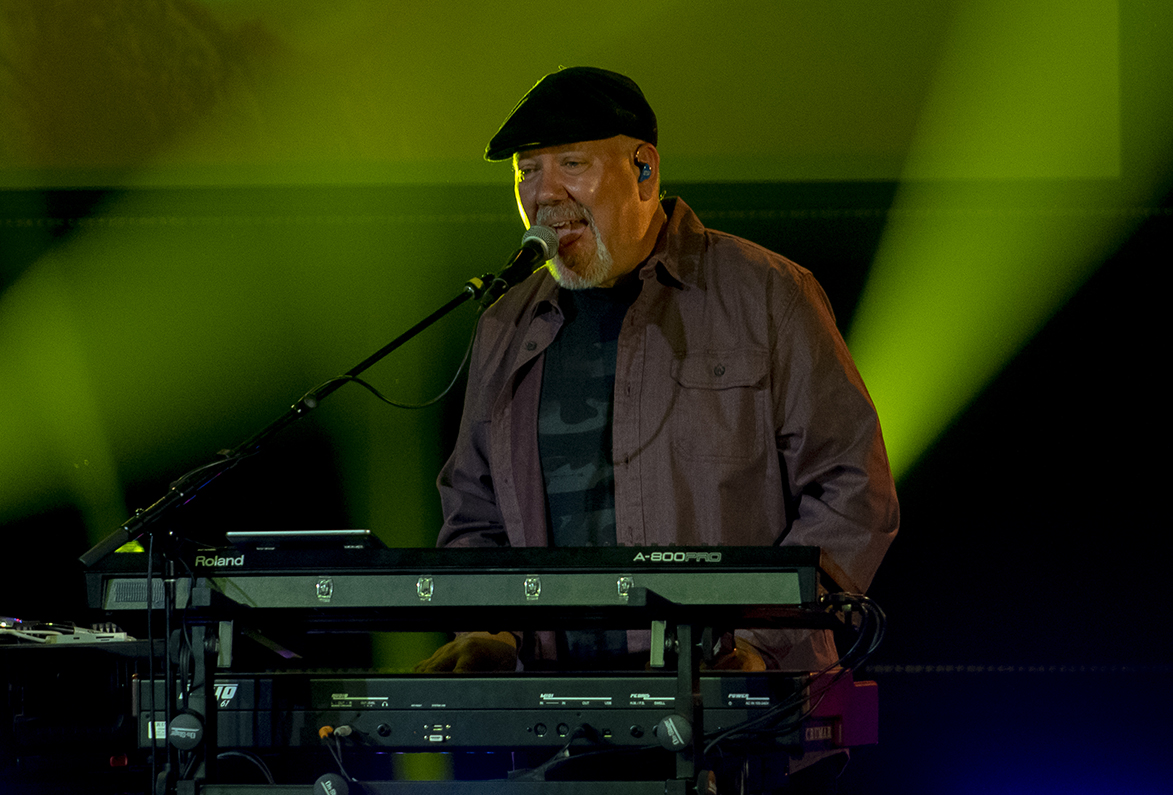 If you like Neal’s music and have never been to Morsefest, I can’t recommend it more. You will never see the same thing twice, and you are guaranteed an unrivaled spectacle of progressive music. You will make friends, and you will leave with joy in your heart. If you are unsure of attending a concert in a church, you needn’t worry – all are welcome at Morsefest. My only warning is that if you plan to come just once, you will find yourself coming back for more.

I know I’ll be back. If you see me at Morsefest 2022 next year, please say hello! 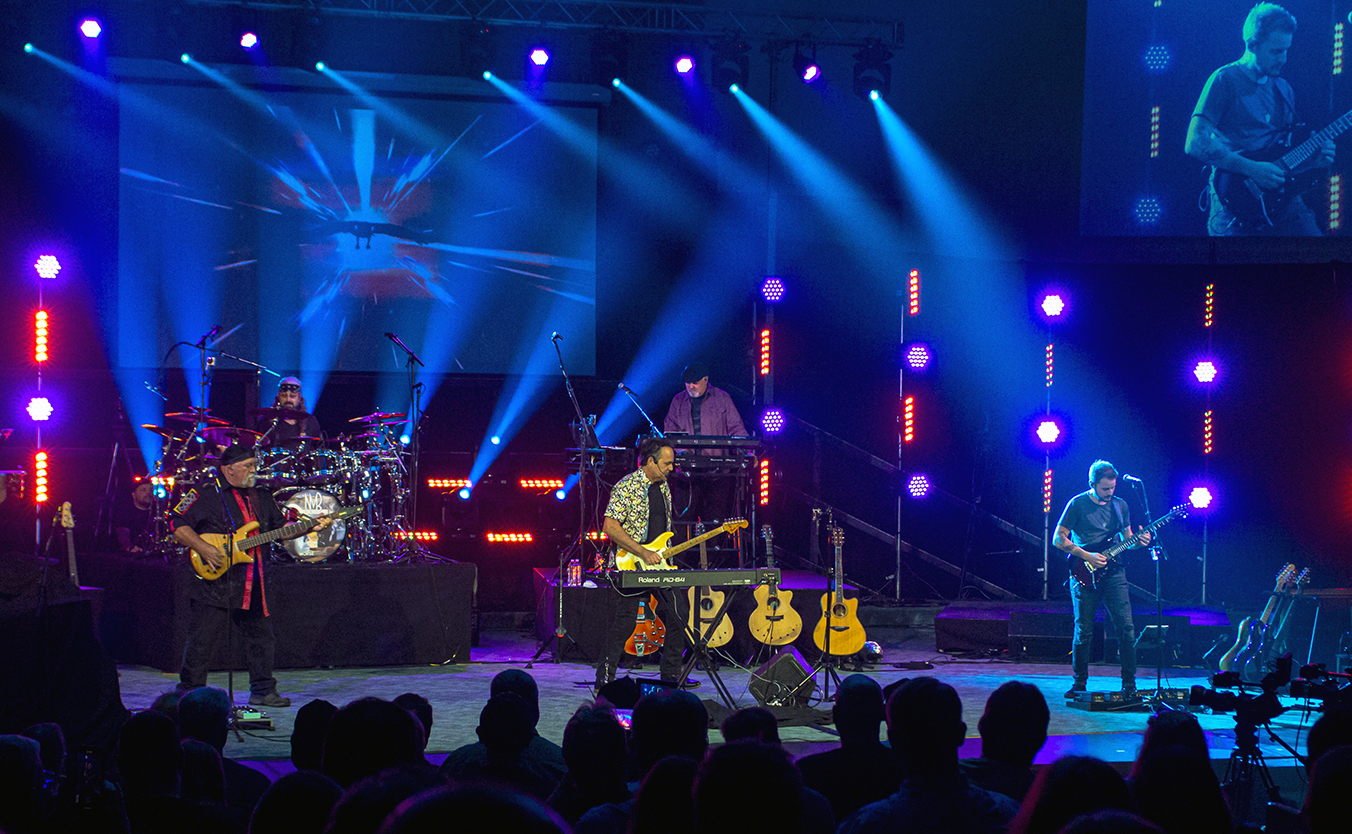