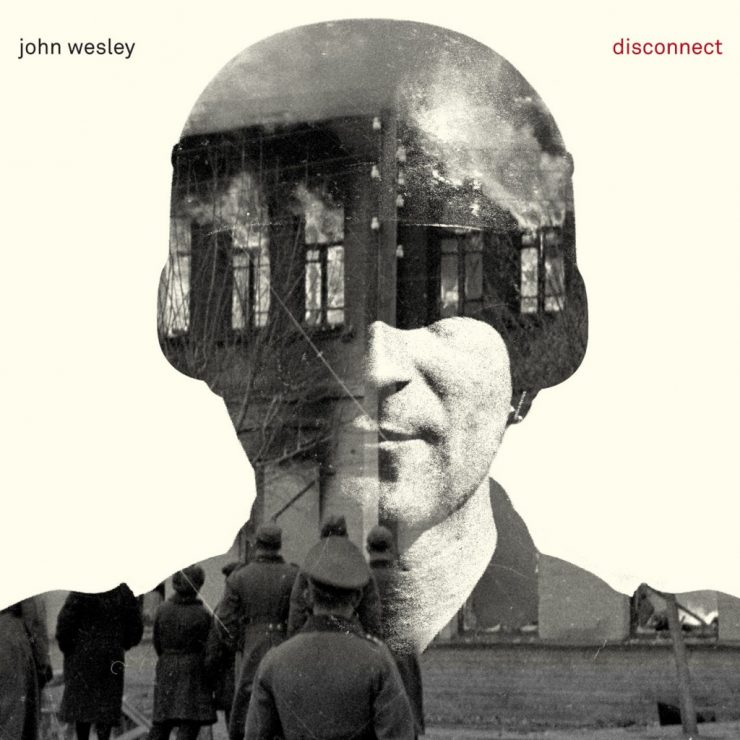 John Wesley has spent much of the last decade supporting some of the best bands in the world, including Porcupine Tree and Marillion.  With Disconnect, his 8th solo release, he aims to get back in the spotlight with his own music.  On the 10 song album, he comes out guitars blazing.  Each song showcases his guitar brilliance, not only with shredding, but with on point phrasing and feel.  This is not a full on Prog record, but there are many elements that are drawn from his work with Prog acts.  You will find the odd times, different song structures and yes, plenty of guitars.

The opening title track and lead single, “Disconnect” is a bit influenced by his work with Steven Wilson and Porcupine Tree, kicking off with a tribal tom beat and vocal swells and odd harmonies.  The chorus is deceptive and slowly becomes memorable as the song builds into a  powerful rock track.  Following the first chorus, Wesley introduces a fabulous guitar interlude before slowing the song down again.  In a recent interview with The Prog Report, he describes how he uses solos as an extension of the lyrics and vocals on a song, and this is apparent in songs like “Any Old Saint” which during the last 4 minutes features Wesley soloing without a return to the vocals, and it is executed perfectly.

One of the highlights on the album is the track, “Once A Warrior” which features Rush’s Alex Lifeson on guitar.  John’s vocals show now signs of a guitarist trying to be singer.  His voice sounds great and fits each track perfectly.  Again this song breaks into different guitar oriented sections without worrying about getting back to a verse or chorus immediately.  For any Prog fan, this is interesting and enjoyable listening.  And the solo is pure Alex Lifeson.  His tone and use of the whammy bar is unmistakeable and a treat to have in this song.

On “Window”, Wesley enters into more pop rock territory for a mid temp song which has a very radio friendly feel and chorus.  “Mary Will” is a powerful ballad with some of John’s best guitar work on the album.   The opening riff carries through the verse and allows the vocals to sign.  “How Goes The War” starts off with a guitar and rum assault and abruptly slows to a calm for the verses.  This song has a strong chorus filled with harmonies and would fit right into any arena rock show.  And “Satellite”, an acoustic song, closes out the record with some nice accompanying strings.

This is an extremely enjoyable and well-written rock record.  While his vocals are solid, John’s guitar signs here and is a testament as to why he is the go-to guitarist for Prog bands when they need a lead guitarist.  It doesn’t get much better than John Wesley.

Key Tracks: Any Old Saint, Once A Warrior

Here is the latest video for “Mary Will”