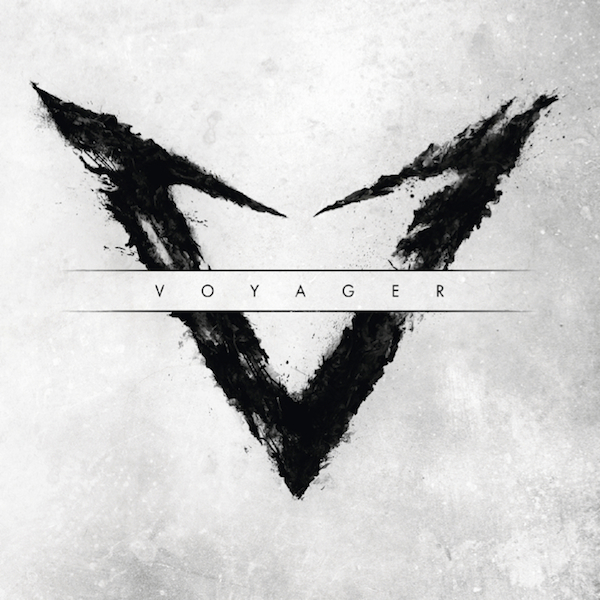 Voyager are a progressive metal band from Perth, Australia.  Not yet a household name in the US, the band has released what could be the CD to break the band here with the 5th studio album “V” which the band launched with a Kickstarter campaign.  The 5 piece group bring together many elements of metal in a melodic and very accessible way.  It is, in fact, difficult to say who the band sounds like if you had to give a simple description.  The arena-metal grandiose sound of Dream Theater is present as well as the metal power of Killswitch Engage.  However, the band do not resort to scream vocals.  Singer Danny Estrin’s vocals are very straight forward and might be what separates the band from any of their contemporaries.  Deftones’ Chino Moreno was recently quoted as describing Estrin’s vocals as similar to Simon LeBon from Duran Duran.  I might not agree with that totally, but you get the idea.  There are no opera vocals on this album.

The album’s opening track and upcoming second single, “Hyperventilating” is a killer opening track that has a driving urgency about it from the opening chords.  The incorporating of keyboards here is another element that the band uses in their music to give the overall sound of a band made up of 20 people.  The second track, the lead single, “Breaking Down” is a great sing along track that has shades of Iron Maiden in the chorus.  The band’s vocal harmonies are executed with flair and precision.  This is one of the more memorable tracks on the CD.

Track 3 “A Beautiful Mistake” is a fast paced rock track, one that fans of underground band “Fair to Midland” would appreciate.  The double bass drives the song sounding like machine guns. Drummer Ashley Doodkorte does some of his best work on this song as do guitarists Simone Dow and Scott Kay.  This song shifts through various parts presenting a different song structure that culminates in an epic sounding ending.

“Embrace the Limitless” kicks off with the chorus, a change of pace for many metal bands.  Again, an upbeat track that has a very memorable hook in the chorus.  “The Domination Game” is one of the heaviest tracks on the album and also one of the best.   The guitars here are as metal as they get and the double bass in the chorus make for a true headbanging experience.  All the while, the verses and choruses remain sing-along and radio friendly.

The piano based track “Summer Always Comes Again” is the band’s break before the finale track.. Recalling Dream Theater’s “Wait For Sleep”, the melody and vocals are beautifully performed here.  When the marching beat and strings come in, the tracks builds nicely leading into one of the album’s best tracks, “Seasons of Age.”  This is not a song most metal bands could pull off.  It almost sounds like an alternative track.  The main melody throughout the verses is the simple 3 note piano line, but coupled with the Alex Canion’s bass, this makes for an incredible verse section.  The choruses are just as strong here.  The middle section features a killer guitar solo.  Not inclined to do the expected, the band change it up for the end of the song by adding a new heavy guitar riff over monstrous toms and it is the perfect ending for a truly fun album to listen to.  The band definitely are at their musical peak with this album and it should lead to some more exposure in the US and the rest of the world.