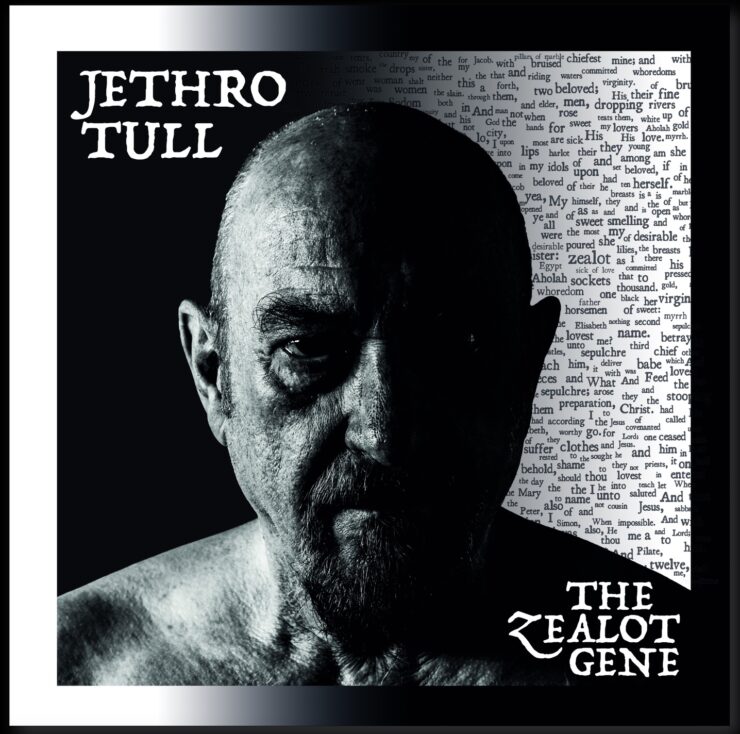 Review of the new Jethro Tull New studio album ‘The Zealot Gene’ out on Jan 28th, 2022

When a legendary prog band with a 50+ year heritage releases its first new studio album in 20 years, of course we sit up and take notice. Teased by two strong singles, and now signed to Inside Out, The Zealot Gene gets 2022’s prog releases off to a fantastic start.

Far from being the lockdown album, the songs and recordings that feature here had their origins as far back as 2017. The players who feature here have, in most cases, been part of the line up since 2007, and so this is essentially the band that made Thick As A Brick 2 and Homo Eraticus albums, as well as the related touring. So to that extent, this is a continuation of the solid body of work that has flowed from the pen of Ian Anderson.

What I can say at the outset is that this is a great sounding Tull album! All of the elements you’d want are present and correct, with excellent musicianship, great production and the man himself in great voice and flute! Like any vocalist, the ravages of touring and age mean that singers have to evolve over the years, and this album has Ian’s distinctive tones at front and centre – and he’s sounding great!

Ian Anderson has said that this album began with the idea of having songs focused on particular human emotions or traits… and he referred to the Bible, which came to mind when considering some of those. Taking the narrative in that book (with specific references noted in the booklet), the ideas / pictures evolved into songs that cover those concepts in a modern context.

As an example, take “The Betrayal of Joshua Kynde,” a fantastic up tempo, piano and flute led song about betrayal. The foundation of the song is Judas Iscariot’s betrayal of Jesus, but the song itself is an examination of the reasons and motivations of betrayal of any sort, as the about-to-be-betrayed addresses the to-be-betrayer, questioning what reason or price has prompted the action.

The album opener, “Mrs Tibbets,” has a somewhat unusual title for a song about mass destruction! As the Manhattan project gave way to Enola Gay and Hiroshima, Anderson relates the events back to a human context – the pilot of that plane was, ultimately, someone’s “little boy”… could we / should we turn away or look back in the face of destruction? The song itself, has a full band sound, with many interesting musical moments. The sound captures that timeless Tull feel – play this track on the radio and any rock fan will know which band they are listening to in seconds and it’s got a fantastic guitar solo by Florian Opahle.

As we move through the album, the musical backing shifts and moves according to the context – so “Mine Is The Mountain” is relatively stripped back to begin with, until a piano/ flute duet takes the song down another avenue. That shifts to the guitar heavy title track, “The Zealot Gene,” an exposition of the damage extremism can bring to our society, which has some not-so-veiled shout outs to various leaders! The track is buoyant and symphonic, and one of the standouts on the album.

Lead single, “Shoshana Sleeping,” let us know in no uncertain terms that Tull were back with its rippling flute riff, contrasting with single number 2, Sad Soul Sisters’ penny whistle, accordion and acoustic guitar folkiness. Each of those songs have lyrical depths and analogies which like most of the album, leave plenty of content for those who want to dig into meanings, hidden or obvious.

While not a concept album as such, The Zealot Gene is a very worthy entry into the Jethro Tull catalogue. It shows that Ian Anderson’s songwriting and arranging skills are still at the top of their game, and that lyrically he’s still poking and prodding us all to make us think!