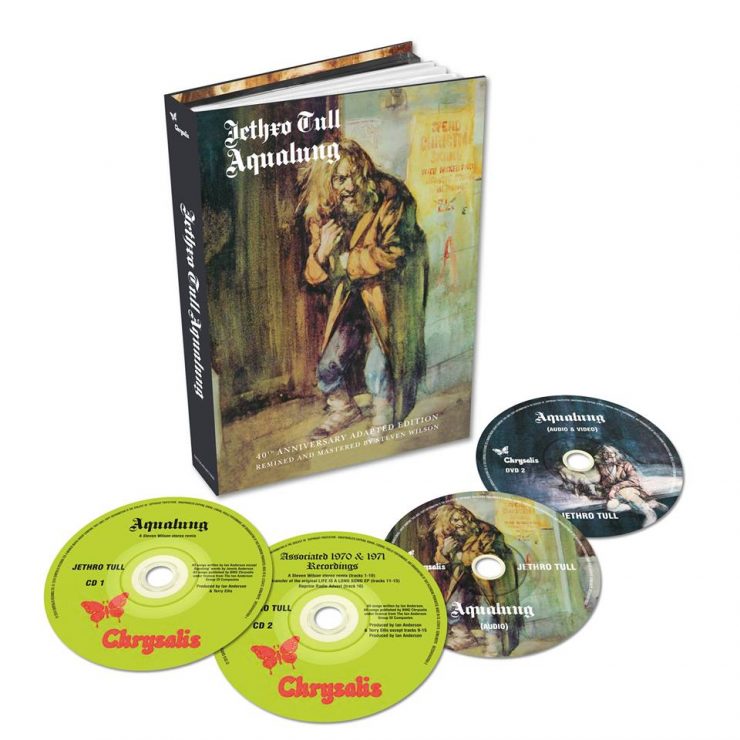 Jethro Tull’s are releasing their classic fourth album from 1971 album as a 2CD, 2DVD collection.

Jethro Tull’s are releasing their classic fourth album from 1971 album as a 2CD, 2DVD collection on April 22nd.

“This was the first Jethro Tull album remixed by Steven Wilson and was originally re-released as a 40th Anniversary package in 2011. This more accessible release of the package does not include the original Blu-ray or LP formats. It features the remixes as Steven delivered them and a flat transfer of the EP ‘Life Is A Long Song’.

Three additional tracks – ‘Just Trying To Be’, ‘Wind Up (early version)’ & ‘Wond’ring Aloud, Again (full Morgan version)’ are now available as 5.1 mixes. Two of the tracks ‘Life Is A Long Song & ‘Up The Pool’ have never previously been available on CD in this form. Also included is an 80 page booklet with articles and photos from the 40th anniversary edition.”