Headspace – All That You Fear Is Gone (Album Review) 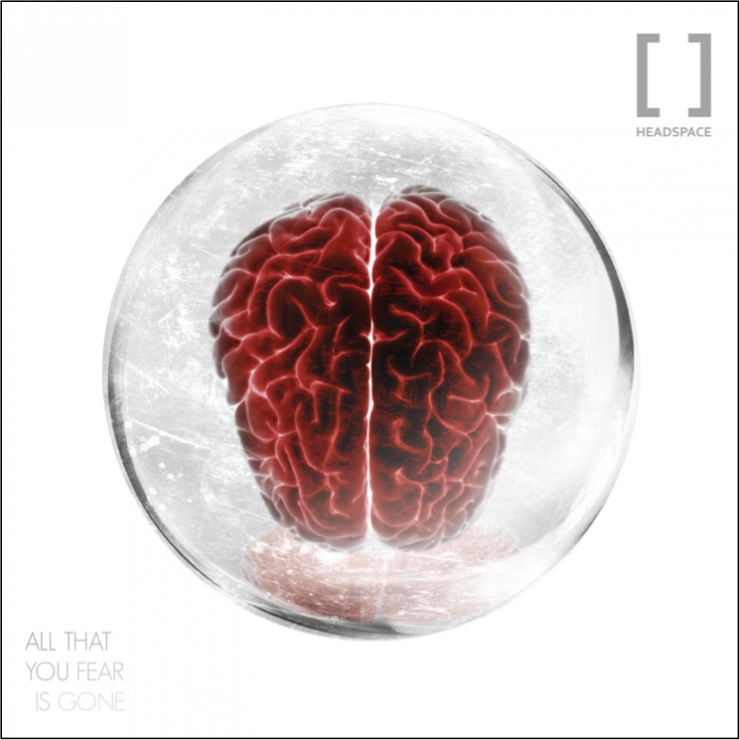 There is a question that most readers of this website are all-too familiar with: “Are you into Prog metal or the melodic stuff?” For many, the answer is one or the other. For some, it is both. But there is a band that makes that question utterly irrelevant, and that band is Headspace.

With a line-up that includes Threshold’s Damian Wilson, legendary bassist Lee Pomeroy (It Bites and Steve Hackett), Pete Rinaldi and Adam Wakeman, yes, that keyboard player’s son, expectations of Headspace were always going to be big. They delivered an EP in 2007, and then full debut album “I Am Anonymous” in 2012, which was received with due acclaim. That album dealt with the concept of rebellion by the individual against societal grouping.

Not content with their exploration of that theme in the first album, Messrs Wilson, Wakeman, Pomeroy, Rinaldi and new drummer Adam Falkner (Babyshambles), have now delivered a damn side more than a follow-up. The theme has been developed into a dystopian story of rebellion by the individual against the (sometimes chemical) brainwashing carried out by society, to the point of resurrection and ultimately evolution. Heavy stuff, maybe too heavy for those that don’t like “concept albums?”

Well here’s the thing – with pure musical and lyrical brilliance that makes the question at the start of this review irrelevant, Headspace have delivered an album that is at the same time thoughtful, powerful, heavy and melodic, but above all, listenable. Whether you are into (or not into) the heavier side of Prog, melody, complexity, simplicity or concepts, if you are into Prog at all, you are going to love “All That You Fear Is Gone.”

The first track “Road to Supremacy” starts with a syncopated guitar riff accompanied by an ominous voice-over that is overtaken by Wilson’s soaring vocal, tortured by the same riff, this time with Rinaldi’s heavy sound. Lyrically, the song is about people asking for societal change. The song jars but at the same time pleases with its alternating guitar, keyboard and vocal counterpoints, ending abruptly with a sound effect – an elbow in your face from the band, telling you that you should listen up. This song is about a changing world, and yours, the listener’s, is about to change.

Logically then, the next song is called “Your Life Will Change”. The main character is detained and chemically brainwashed. Heavy lyrics like “Dictator – Freedom is Everything” do not detract from the musicality. Wakeman’s beautiful keyboard patterns set a foundation for the hero’s new mindset that will please even the most critical ear. The middle section reveals the band at its Proggy best, gelling to deliver a mind-bending rhythmic and melodic mixture. It’s all there – the melody, the frenzy, the brain-melting arrangements, the heavy guitar, the soaring vocals. The scene is now well and truly set – you will listen.

Then, just when you think you know what this album is all about stylistically, a surprise comes out of nowhere in the form of “Polluted Alcohol”. Our hero has had his mind altered and is lost in a haze. So what does the band deliver? A country-style guitar that could easily find its place in a Nashville – based blues band. But this is blues slide guitar PROG STYLE, as I’ve never heard it before. Our hero says that “all he hears is a strange kid of muffled sound”. The band’s instrumentals provide the perfect back-drop for this state of confused anguish, mirroring his mindset perfectly. No heavy riffs here; no quirky timings, just a band of brilliant musicians providing an absolutely perfect backdrop without resorting to the usual ingredients. Utterly brilliant, and it all starts with country/blues guitar.

“Kill You with Kindness” takes the listener back to more familiar Prog-metal territory. It begins with the expected heavy riffing, but meanders deliberately on a true progressive course. Our hero is feeling better and the brainwashing is working, but there is a growing fear of what awaits him. The instrumental passages usher his story in a (dare I say it) Lamb Lies Down manner. The middle section is a melodic gem and gives way to the “caustic sarcophagus” that threatens him, and the band keeps up with an ominous and controlled chaos in a way that is beautifully reflective of the song’s theme.

“The Element” is a dreamy, melodic exhibition of Wilson’s immense vocal capabilities. He truly has a beautiful voice, and it is used immaculately. Jarring you from this dream to nightmare is “The Science Within Us” – a 13-minute epic that is at the core of the album’s concept. Syncopated vocals are almost spoken rather than sung until the melody returns with full vocal and instrumental beauty that never deserts the album’s ominous undertone. Wakeman’s keyboard melds with Rinaldi’s guitar solo to show how they have matured as a melodic partnership. The refrain “Did you not notice the science within us?” builds to a crescendo that evokes true emotion in the listener until the band unleashes a complex but utterly listenable climax in an instrumental passage that will please even the most hardcore Progger.

“Semaphore” is built on a Wakeman riff and starts off by allowing the chops of new drummer Adam Falkner to be unleashed. He is no beginner. Those who like their Prog heavy with melodic interludes will love this one and “The Death Bell”.

“The Day You Return” is simply beautiful. For fans of the more melodic side of Prog, the opening melody of this song is right up there with the best. It progresses quite naturally to the heavier sound that Headspace is known for, but the melody is never forgotten, even during the fury of the instrumental climax.

The title track deserves special mention. It starts with a flamenco-style guitar melody that will melt your heart, proving that this band understands beauty every bit as much as power, and more importantly, how to make them co-exist seamlessly. Rinaldi’s acoustic solo is beautifully executed. One of the high-points of the album, “keep going straight” is the song’s message. Indeed.

In the same vein, “Borders and Days” continues the beauty, this time based on a tasteful Wakeman melody line. Whimsical, questioning and beautiful, the song shows again that Headspace do not need to rely on heavy guitar riffing. They just choose to do so when they think it’s right. In this one they choose not to, and the decision works magnificently.

Final song “Secular Souls” starts with an unashamed reference to The Last Supper. It is the closing epic of the album and draws on all the impressive musical and lyrical talent that this band possesses. Everything is thrown into this boiling cauldron of delicious Prog stew. The melody, massive guitar riffing, counterpoints, perplexing time-changes, beauty, power, and startling musicianship all build to a massive climax. “We don’t need another savior” builds lyrically to “I fear…the vision of Heaven should die here.” And on that lyric, the album suddenly ends. A magnum opus if ever there was one.

Whatever your brand of Prog, it’s all here. Every song is a winner in its own right, and despite the concept, can be listened to separately. “All That You Fear Is Gone” is a spectacular Prog album delivered in peak form by a band that has matured into something very special indeed.

Key Tracks: Road to Supremacy, Your Life Will Change, The Science Within Us