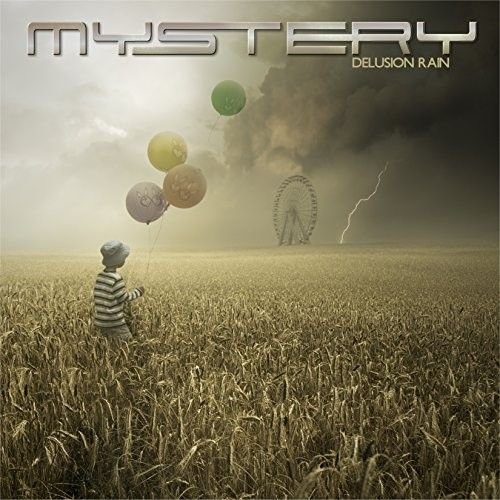 One of the album’s that came out late last year that may have gotten overlooked by some is the latest album by Canadian Prog group Mystery. The album Delusion Rain, out on Nov 1st, 2015, is the band’s sixth full-length album and first with current vocalist Jean Pageau, who took over for Benoit David in 2014.  David was, of course, the singer for Yes on the album Fly From Here.  Mystery were formed in 1986 by multi-instrumentalist Michel St-Père, who also started the label Unicorn Digital, on which Mystery and a number of other Prog acts reside.

Delusion Rain is a brilliantly produced, atmospheric and melodic album in the vein of albums like Pink Floyd’s Wish You Were Here or Genesis’ Foxtrot.  The songs are largely built around the acoustic guitar and methodically build into enormous sonic epics.  At times vocalist Pageau even recalls that of Dennis DeYoung by Styx.  The music is, as a result, grandiose and demands loud volume for an optimal experience.

The title track opens the album with thunderous toms and a vicious guitar solo.  Just as it builds to a crescendo, the music cuts out and exquisite harmonies are introduced and the ride begins.  The song as much of the other do, vacillates between powerful, guitar driven moments and softer points highlighted by strong vocal harmonies.  Perhaps the highlight of the album is the harder-edged “The Last Glass of Wine” which contains some memorable guitar work by Sylvain Moineau.

There are the longer epic Prog tracks as well, such as the 19 minute “The Willow Tree” which harkens back to the old acoustic stylings of Genesis with Steve Hackett.  The album closes on the Proggiest track, the 12 minute “A Song For You” which contains the most adventurous moments on the album as well as a brilliantly epic closing.

If you missed this album, go back and check it out.  Delusion Rain is an excellent album with great production, songs and full of all things Prog.