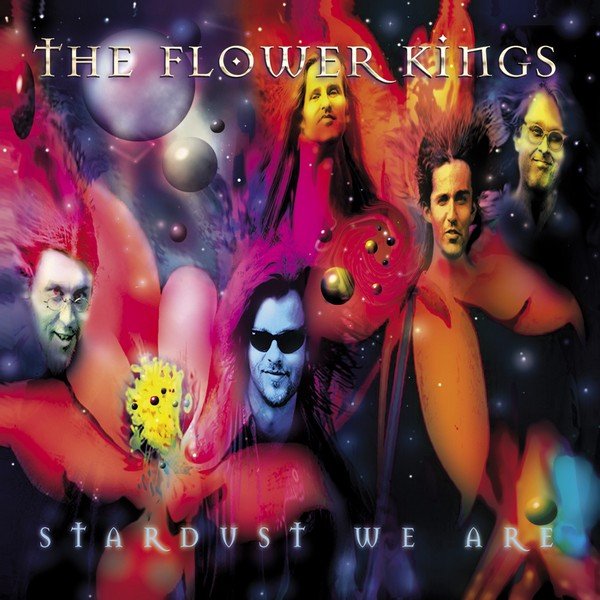 The Flower Kings started as a solo album by Swedish guitarist and singer Roine Stolt in 1994, who’s first album was titled The Flower King. The need for a backing band turned into the band that would become The Flower Kings and by their 3rd album, Stardust We Are, the band really began to click and Prog fans took real notice. Catapulted by the 25 minute closing track of the same name, the album would make The Flower Kings one of the top groups in the new world of modern Prog.

Joined by fellow songwriter Thomas Bodin and vocalist Hasse Froberg, who would become an official permanent member at the time of this recording, ‘Stardust We Are’ saw the band maturing as writers and really finding their footing. Roine Stolt explains, “I think at that point I realized though there was actually an audience for this kind of music out there, outside of Sweden, and maybe even in Sweden. And I realized there was an audience for my band, people like seemed to like The Flower Kings, and so that was kind of a revelation; realizing that okay we can actually make albums and people will buy them. I think that was probably the spark that got us into making a double album which ‘Stardust We Are was. I had so many songs and so many ideas, some older ideas just lying there for a while. I had some new ideas and I was writing new songs. So it was a very creative moment in time for me, and happy one as I remember it.”

The band have released 12 studio albums, the most recent being Desolation Rose in 2013.