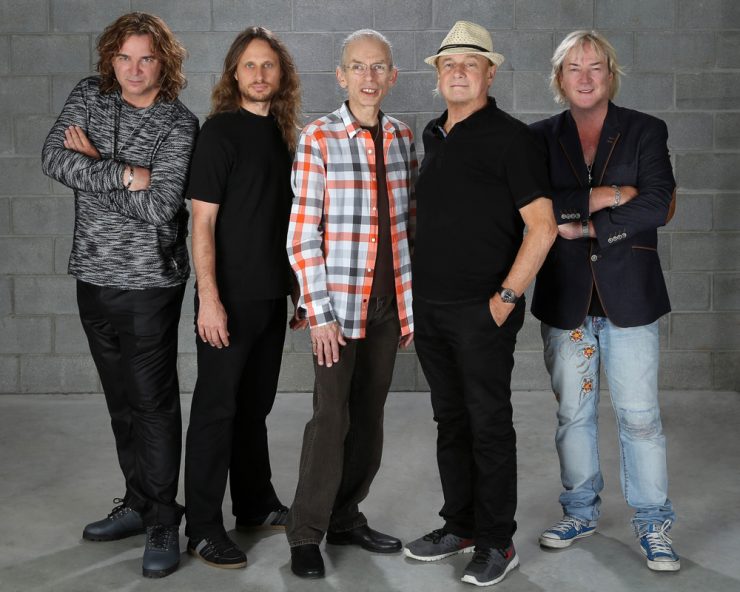 David Fricke to host event with the band

In actual Yes news, the band have announced a special event with SiriusXM to celebrate the band’s induction into the Rock and Roll Hall of Fame, Class of 2017, this Friday, April 7 at the Barclays Center in Brooklyn, NY. The exclusive in-studio audience event “SiriusXM Volume Presents an Artist Confidential with YES” will be hosted by David Fricke and broadcast live this Wednesday, April 5 on the VOLUME channel (106), the first 24/7 talk radio channel dedicated to the discussion of music, starting at 8pm ET.

The hour-long event will feature an interview with the YES line-up of Rock Hall inductees Steve Howe (guitar) and Alan White (drums), Geoff Downes (keyboards; first joined Yes in 1980), Jon Davison (vocals since 2011) and Billy Sherwood (guitar/keyboards in the 1990s and the late Chris Squire’s choice to take over bass/vocals in 2015), plus a few acoustic performances.