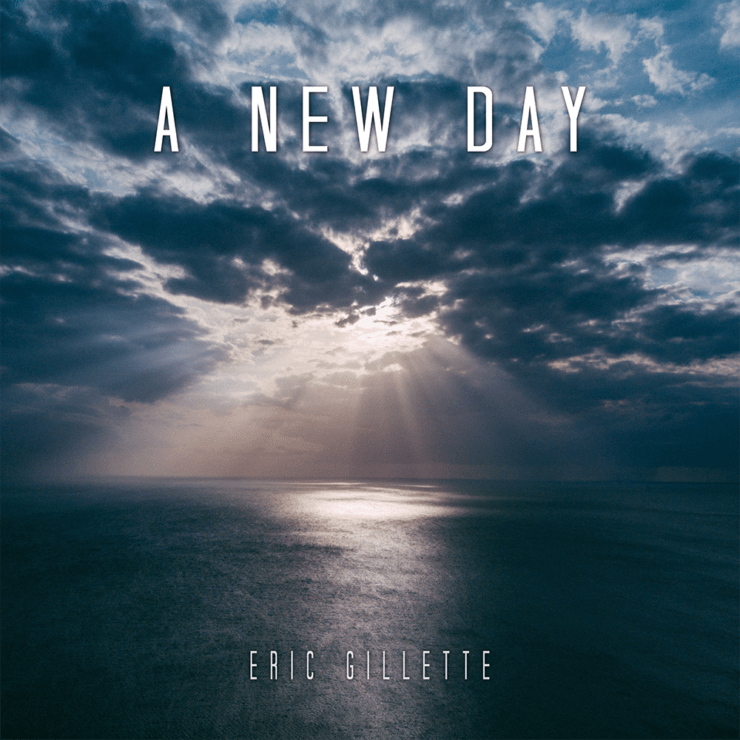 Review of the new Eric Gillette EP – A New Day

I think it’s fair to say that Eric Gillette doesn’t need much of an introduction to this, or any, prog website. Hooking up with Neal Morse in 2012, a connection formalized in the birth of the Neal Morse Band in 2014, producing three poll topping studio albums, two guitar focused solo albums, as well as multiple tours and production/ guest spots, it’s been a busy few years!

Eric’s latest release is an EP called A New Day and follows in the instrumental style of 2019’s Winter Solstice EP. Per the man himself, “The idea behind this was to write a score for the cycle of an entire day, starting with the sunrise, and moving through the progression of the day”. Eric explains that with the concept in place, he would picture the relevant scene and let the music pour out of him, and, of course, as listeners we then get to experience the pictures that the music conjures in our own minds… I’ve chosen to experience the music by both the shut off/ headphones experience and then the “big speakers” experience and highly recommend both.

The opening suite of three tracks takes us from the majestic and stately Dawn through to cheery tones of A New Day. The music builds and lifts, as you’d expect a regular morning, and layers of accompaniment get added so that by the end, the orchestral sounds are joined by piano, bass and drums. The shift into the title track adds acoustic guitar, mandolin and fiddle, with Celtic/ Appalachian picking and playing, is a pleasant surprise and extremely well executed. As the day fades so Sunset, Dusk and Moonlight are illustrated. A particular highlight for me is the piano melody in Moonlight – this isn’t “clever for the sake of it” / shreddy music but it’s extremely evocative. Rather than fading away with the final track, Midnight, Eric illustrates both the finality of the end of the day and also the fear and conflict that the darkness brings.

An added extra from those who order from www.ericgillettemusic.com is a bonus track which features the antique Hamilton upright piano which you may have spotted in his studio if you follow Eric’s social media. Endless Cycle is a fitting close to a very enjoyable album.

If it isn’t already clear, A New Day showcases so much of sheer musical and sonic talent that Eric Gillette possesses. During this period of lockdown, I’ve found this to be the perfect soundtrack for down-time, enjoyable listening when out for a walk, or a brilliant way to kick off… a new day!