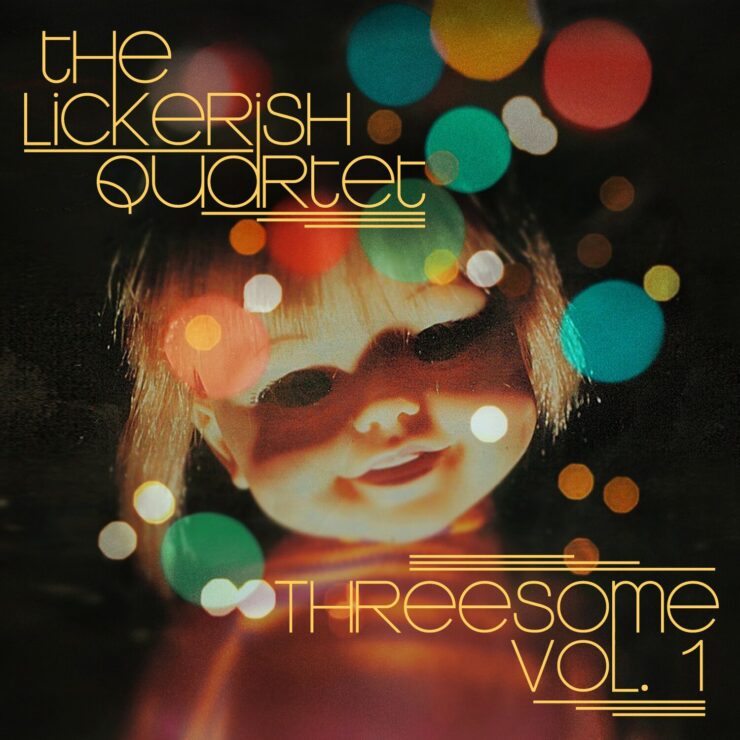 Roger Joseph Manning Jr., Tim Smith, and Eric Dover formerly of Jellyfish reunite on the EP, out May 15th.

Jellyfish, the 90s psychedelic pop group, may have had a brief run, but it left an indelible mark on a unique part of music – the area occupied by fans that love The Beatles, ELO, Supertramp, and, yes, prog. Those fans have been wanting new music from the group for decades.  However, it was not to be. The members from that group went on to do various projects after the band’s second album Spilt Mike from 1992.  And now, finally, after nearly 30 years, 3 former members have regrouped to form The Lickerish Quartet.  Founding member of Jellyfish, and singer/keyboardist Roger Joseph Manning Jr., is joined by former Jellyfish touring guitarist Eric Dover, and ‘Spilt Milk’ bassist Tim Smith.  The group’s first release is an EP titled Threesome, Vol.1 and it is certain to make any longtime Jellyfish fan filled with glee.

Unfortunately, the EP is only 4 songs, but the group make those 4 tracks count. It covers the gamut, from the joyful, infectious piano-bounce of “Fadoodle” to the dreamy-pop of “Bluebird’s Blues” and the acoustic brilliance of “There is a Magic Number”.  All 3 tracks are immediately memorable and demand repeat listens.  The standout track is the closer and first single, “Lighthouse Spaceship”, a prog epic worthy of any prog fan’s attention. It even has a grand, epic ending. It sounds like a lost track from Spilt Milk.

The only shame in this collection is that there isn’t more.  The band have said their plans are to record 2 more EPs very quickly, so at least we have something great to look forward to in the near future.  If you were a Jellyfish fan, how have you not heard of this already? But, if you weren’t aware of Jellyfish and enjoy interesting, brilliant pop that has a hint of prog, give this a listen.  You won’t be disappointed.